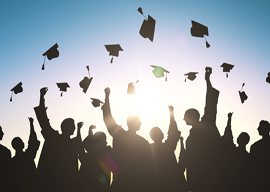 What’s the worst college in America in terms of taking in kids from rich families and turning out young adults who, despite all their privileges, still won”t earn very much?

By one way of counting, the biggest loser is Middlebury College in the Vermont ski country, site of the recent Charles Murray riot. The median parents of Middlebury students earned $219,600 per year (in 2015 dollars), while ten to twelve years after college, the children (as 32- to 34-year-olds in 2014) earned $61,800.

In contrast, the biggest income gainer among over 2,000 American undergraduate colleges is the St. Louis College of Pharmacy, where parents had a median income of $92,500 and their early-30s children average $123,600. That’s also the highest income of any college in the country. (But it should be remembered that St. Louis” D. Pharm. degree is six years of study and one year of professional training, so it’s not exactly a fair comparison against typical undergraduate colleges.)

The highest-paid students from a general-purpose university are, unsurprisingly, those who attended the Massachusetts Institute of Technology, who have a mean income in their early 30s of $98,500 (although the median MIT parents earn $141,000, so even MIT is a downward proposition in the short run).

Mean incomes are typically higher than median incomes due to small numbers of people with huge compensations skewing the mean. The highest mean income students are from Stanford, with $174,000. (Stanford parents earn a mean of $472,000.)

These numbers don”t mean that smart people don”t send their kids to Middlebury. (After all, one reason Charles Murray tried to give a talk there last winter was because his daughter is a Middlebury grad.) But they do add some perspective to the ongoing Bell Curve wars that the site of the most pitched battle was at the college (representative alumnus: Eve Ensler, author of The Vagina Monologues) with the second-highest median income parents in the country. Moreover, Middlebury has the highest mean income parents at $559,000, which is nice.

“In the future, Chetty could use his database to look into how to acquire rich in-laws.”

The one college with even loftier earning median income parents is conservative Washington and Lee University in Virginia. (A prototypical alumnus is Tom Wolfe.) Third place is, not surprisingly, Princeton (the alma mater of F. Scott Fitzgerald).

These data points gratifyingly fulfill stereotypes I”ve long harbored about rich-kid colleges. But how do we know these numbers about colleges?

Once again, we are indebted to Stanford economist Raj Chetty’s ability to talk his way into a trove of 1040 tax-return data that nobody previously seems to ever have had the gall to imagine they could get their hands on. Chetty has persuaded the IRS to pseudonymize for him the social security numbers on the tax returns of 11 million Americans born in 1980″82, plus their parents, which allows him to plumb the mysteries of economic mobility across two generations.

What are the government or educational policies that unlock upward mobility?

Unfortunately, after four years of Chetty’s research, there don”t seem to be many secrets of income mobility. His earlier work on hometown counties, for example, revealed such unsurprising results as that black children regress toward lower mean incomes than do white children as the fundamental logic of statistics would suggest. And you”d be better off being raised in white-bread Sioux County in Iowa than on a Sioux Indian reservation in South Dakota.

That doesn”t mean, however, that there’s nothing of interest in Chetty’s vast databases, just that you likely won”t hear the fun stuff from him. After all, Chetty wants to be an important, respectable man”he counseled Hillary Clinton and Jeb Bush in their 2016 White House bids, and Facebook founder Mark Zuckerberg has taken to citing Chetty on his pre-campaign tour of Iowa. Being boring is the price of influence.

In Chetty’s own measures of income mobility, the most beneficial colleges are all public institutions in lucrative New York or Los Angeles, or in the impoverished Rio Grande Valley of Texas. For example, Cal State Los Angeles (median parents” income $37,000, median student’s income $43,000) is a great college according to Chetty’s calculations (but generally not according to people more familiar with CSLA than the economist). Yet Chetty himself recently relocated from Harvard (median parents” income $174,000) to Stanford ($173,000).

I suspect that Chetty is falling into his usual problem with failing to adjust for cost-of-living differences. New York and Los Angeles are expensive places to live, so graduates” salaries (his numerator) are fairly high. South Texas is close to the Third World, so parents” incomes (his denominator) are low.

Another issue is that all three regions have sizable gray-market cash economies and much tax evasion, which artificially reduces parents” reported incomes. Southern California, which was heavily settled a century ago by relatively honest folk from places like Iowa and Minnesota, used to be fairly law-abiding. But it’s now full of Iranians, Russians, Mexicans, Israelis, Chinese, and others who don”t really see the point in the American custom of telling the government exactly how much you are raking in.

After all, my father graduated from the junior college next door in Pasadena eighty years ago with a degree in aeronautical engineering and was quickly hired by Lockheed to help design P-38s. But they don”t let you design airplanes anymore with just an AA degree.

Chetty is upset that the student body at Glendale CC has been getting more upscale. But looking at Chetty’s list of the colleges that have been growing more downscale, such as the Baltimore School of Massage, suggests that there are worse things than your college becoming more appealing to those with more choices in life.

I suspect that a lot of the Armenians in affluent Glendale send their kids to the local JC for two years so they can transfer to the more prestigious UCLA as juniors. UCLA has become extremely hard to get into as a freshman due to competition from Asian Tiger Cubs (number of applicants for UCLA’s freshman class: 102,000; average high school GPA among entering freshmen on a 0-to-4 scale: 4.2).

But UCLA accepts several thousand community-college graduates as transfers each year. White Americans, however, have largely forgotten about this path. Caitlin Flanagan of The Atlantic, who was once a college admissions adviser at L.A.’s top prep school, Harvard-Westlake, has recounted the curious fact that so many Beverly Hills zillionaires she counseled were desperate to send their kids to Eastern private colleges even though they typically had done very well for themselves with a local UCLA degree.

On the other hand, the well-to-do “new whites” of Glendale tend to be aware that they can get their kids a cheap UCLA degree through the community-college route. And why send your child across the country when they can simply commute to Westwood?