American Airlines Is Messing With My Head 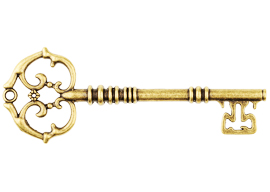 NEW YORK”I don”t care about being the first one to board the plane.

In fact, I wanna be the last one to board the plane. The seats in the waiting area are more comfortable, and the Wi-Fi works there. If you”re leaving from one of those airports with subways and trams and light rails that carry you out to a distant space-pod satellite terminal, you”re likely to end up in a “no service” zone as soon as you settle into your knee-crippling seat.

I”ve actually tried to be the last one on the plane. I”ve told the gate agent to tell me when everyone else has boarded”only to get a stern “Board with your group.”

And the do-it-yourself method doesn”t work. That’s where you wait until the “last and final” announcement, as in “This is the last and final boarding call for Flight 1108 to Boise, departing from Gate 26A.”

First of all, whoever invented the term “last and final” has failed the following high school courses:

What that doesn”t explain, though, is how the actual gate agents, most of whom seem to be smarter than your average IHOP waitress, continue to say it.

At any rate, if you wait for “last and final” to board, you end up wasting more time, because they make that announcement as soon as everyone else is in the gangway”and that queue is guaranteed to be the longest of the day.

So here’s my question. If the goal of the airline is to leave on time, the most efficient solution would seem to be loading from the back. Start with Row 367 and work forward. Right?

There was a brief time in the “80s when this is exactly what they did. Prior to that, everybody just wandered onto the plane whenever they showed up. The door to the plane would be open an hour before takeoff and people would amble in and read a magazine. Then came “boarding by row” (back-to-front), then “boarding by group” (numbers printed on your ticket that corresponded roughly to back-to-front), then increasing levels of complexity (“Anyone traveling with children and holding a Super Economy Widebody Upgrade may board with Group 17″), then a system of marked outposts euphemistically called “lanes” designed to make people stand in a certain place during boarding instead of bunching up around the gate like stray cats at a fish market. Each airline has a different system of “lanes,” ranging from “find your number and stand next to it” (Southwest) to “get into your numbered cattle chute” (United) to “don”t even think about using the Priority Lane unless you”re a VIP because we keep it there so people can walk in front of you” (American).

The result of these increasingly sophisticated algorithms:

Boarding from the front.

The people in rows 1 through 4 are all boarded first, and everyone else has to wait until the boarding marines have taken off their coats, stowed their overhead bags, and established platoon-level radio contact so that the rest of us can pass on through.

Then we go into the Groundhog Day phase. Boarding for Business Class repeats the same aisle-clogging process, just five rows farther back.

But then it gets really gnarly. There are people seated in special categories scattered throughout the first few rows of Economy Class“extra leg room seats, “premium” seats, “Cabin Extra” seats”and apparently these groups are assigned boarding positions ahead of the back-row economy because part of the premium-ticket amenity is an early boarding position.

End result: successive waves of boarding-from-the-front followed by boarding-from-the-front-of-what’s-left, while the people headed for the back rows are clawing their way through the chaos while being pummeled with flight-attendant announcements like “In order to ensure on-time departure, we need everyone to take a seat” and “We cannot close the door until everyone is seated with their seat belt fastened” and “If your carry-on is too large for the overhead bin, we will be happy to check it””at the front of the airplane!

It’s like saying, “We need you to run this hundred-yard dash but we”re gonna throw bricks in front of you for the first 80 yards, then if you don”t finish fast enough we”re gonna yell at you.”

Several years ago American Airlines sent me a card that said I was a Million-Miler Gold for Life member. That sounds pretty good, right? Gold for Life. It makes me wanna buy a neck chain and go to a Jay-Z concert.

Then a few weeks ago I got an email telling me that American is changing its “order of boarding groups” and so I can go to their website and find out why this is important.

I looked at this as an opportunity for clarity.

I was gonna find out How They Think.

Something told me the boarding-group page of the American Airlines website was not going to say “We start with the back row and move toward the front, to ensure on-time departure.”

And I was correct.

There are, in fact, nine official boarding groups.

Yes, you heard me. It can say “Group 9″ on your boarding pass. And you might not be too surprised to learn that if you do land in Group 9, it’s not because you”re seated in the first row.

I know you”re dying to find out what group the Million-Miler Gold for Life members are in, so I”ll go ahead and give it away.

But wait! It’s not really Group 4 because they don”t really list all the groups.

Remember the first time you bought a ticket at Radio City Music Hall and you told all your friends, “I got seats in Row C for the entire family! We”re three rows from the stage!”…only to be greeted with derision by Radio City regulars?

The closest row to the stage at Radio City Music Hall is Row AA. It’s followed by Row BB, then Row CC, on and on up to Row ZZ, and then”the 27th row, if you”re counting”comes Row A. Your Row C tickets are actually Row 29. They”ve been running this scam on newbies for decades.

The airlines have secret groups that board before the official groups. This is called”I”m not making this up””pre-boarding.” This is an airline word implying that these people are not boarding at all. They”re pre-boarding. They vaporize at the service desk before being teleported to their seats.

So let’s go ahead and name the “pre-boarding” groups.

Group BB: Passengers traveling with children under the age of 11.

(You”re thinking, “Okay, big deal, how many people could that be?””and I have three words for you: Orlando International Airport.)

(This means wheelchairs. I have four words for you: Palm Beach International Airport. They sometimes have to bring in National Guard logistics battalions to wrangle the wheelchair brigades.)

Are you kidding me? This is a category? We all need a little extra time to board, so that we won”t get screamed at! But I can think of several categories of airline customers who would objectively qualify as needing extra time to board:

(3) People who refuse to remove their earbuds.

(4) People who text while walking.

(5) People who are so fat they can”t really funnel themselves easily down the center aisle.

And, by the way, you still have people bunched up around the gate like stray cats at a fish market because they”re afraid they”ll miss the announcement for their group.

But now we come to the “official” groups:

The last time somebody bought a full-fare first-class ticket was 1972 when Helen Reddy’s tour bus broke down and she had to get to Denver for the “I Am Woman” concert.

Nobody buys a full-fare first-class ticket. This is why we always have that surreal moment after the gate agent announces, “Group 1 may board at this time””when everyone kind of stares at everyone else and thinks, “Yeah, right, Michael Jackson is dead. Go ahead and call the real groups.”

Okay, now you”re making my head hurt. Don”t quote me on this, but I think Executive Platinum is somebody who flew 100,000 miles on American last year. I say I think so because the rules aren”t that easy to figure out. There’s a whole section on the website about “12-month rolling EQDs” and EQMs and EQSs, and I suppose I could call the number on the back of my Million-Miler Gold for Life card and find out what those are, but I”m too lazy to do that and so I”ll just say people who spent most of last year with their butt in an American seat.

If you”re at this level, you get an endless list of amenities, including…

(2) Your own security line.

(4) “Priority baggage delivery.” (Drones drop your bag at the hotel? No idea.)