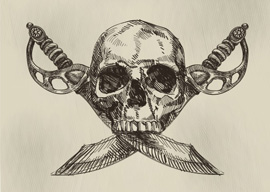 Eight days after the massacre of 20 first-graders at Sandy Hook Elementary, where each child was shot with a Bushmaster .223, The Nation’s Gun Show, the biggest east of the Mississippi, opened.

“A line already snaked around the building shortly after the three-day event began at 3 p.m., and the parking lot was jammed” at the Dulles Expo Center in Chantilly, Va., wrote Justin Jouvenal of The Washington Post:

“With an AK-47 slung over one shoulder, Marco Hernandez offered one word when asked why he was in the overflow crowd at the gun show.”

“Obama,” he said. “I wouldn’t be here if it weren’t for the possible gun ban.”

And this is the story across America since Sandy Hook.

The weapon most in demand at Chantilly?

The AR-15 black rifle, a version of which was used to slaughter the innocents in Newtown. At Chantilly, their price doubled in hours to $1,800. Gun stores have sold out their inventory.

“Many gun controllers not only do not understand what motivates those who disagree with them, they do not like them, reflexively calling them gun nuts, a reaction as foolish as it is arrogant and bigoted.”

Yet for weeks after Sandy Hook, journalists and politicians from the president to Mayor Michael Bloomberg, who were making the case for a new assault weapons ban, dominated the airwaves. Those calling for reinstatement of the ban that was in effect from 1994 to 2004 had the national audience almost entirely to themselves.

The National Rifle Association was largely silent. Not until nine days after Newtown did the NRA’s Wayne LaPierre appear on “Meet the Press” to be subjected to hostile interrogation.

Yet, from the record gun sales in December, and 2012—there were 16.8 million calls to the FBI for background checks for gun purchases last year—the elites have lost the argument with the audience that counts. They have failed to convince those who buy guns.

Just as East Berliners, before the Wall was built, voted with their feet, fleeing west, Americans are voting with their checkbooks, paying hundreds and thousands of dollars to buy the guns liberals loathe.

The reflexive response of the gun controllers is to blame this on that malevolent force, the gun lobby, at whose apex is the NRA.

But those crowds coming to gun shows in droves and buying semi-automatics are not there because the NRA issued some order.

Today, we Americans are a far more heavily armed people than half a century ago. Forty-seven percent of adult males own a firearm. There are 270 million rifles, shotguns and pistols in private hands.

Are they for hunting? Not according to the Financial Times.

“The number of hunters fell from 16.6 million in 1975 to 12.5 million in 2006, according to the U.S. Fish & Wildlife Service.” That number will continue to shrink as America’s suburbs further encroach on rural areas, limiting hunting grounds and reducing game.