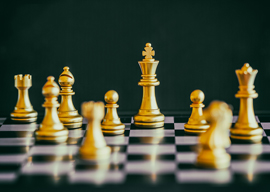 Progressives and their neocon brethren have been predictably outraged this week, because at the press conference after the Helsinki summit on Monday, our president appeared to give the detested Vladimir Putin the benefit of the doubt. Despite the contrary views of Director of National Intelligence Dan Coats and many others, Trump said he believed Putin that the “Russian state” had not interfered in the 2016 presidential election.

So, to our perpetually hysterical media, Trump is now a traitor who is siding with Russia over his own country. Yet the childish reactions have obscured a number of important facts. To begin with, as Pat Buchanan, Daniel McCarthy, and others have noted, our corrupt intelligence agencies have been inept and averse to America’s interests for decades. As such, they are hardly more credible than Russia, which, of course, has been meddling in our presidential elections for a long time. Most important, Trump is trying to avoid a second Cold War with a formidable nuclear power. That is a goal that, to say the least, scolding the proud Putin on the world stage would have done nothing to facilitate.

There is another reason to value the president’s diplomacy: The rise of China compels both nations, for all their differences, to work to become allies. Writing in The American Conservative, Harry J. Kazianis ably sums up our problems with the Chinese:

If projections hold, the Chinese economy will someday surpass America’s and Russia’s—combined. As economic power translates into clear military strength, the writing could be on the wall for what may come.

Take, for example, America’s overall strategic outlook today. Washington faces from Beijing a clear and present danger that seeks to largely overturn the international system in its favor. No longer close partners thanks to the end of the Cold War, what replaced those fears and kept the relationship viable—a budding economic and financial partnership—is being blown to bits with each passing day. Thanks to Chinese theft of intellectual property, a massive trade deficit that has caused millions of jobs to flee from America to China, and the theft of perhaps trillions of dollars and military secrets, Beijing is quickly becoming Washington’s mortal foe.

America and China have a long-running rap sheet of geopolitical problems that at any moment could cause a spike in tensions and possibly an armed conflict in the future. From the East and South China Seas to Taiwan, the fate of which controls Asia’s commons and waterways and straits, both nations seem set to face off over who will not only dominate Asia, but the much larger Indo-Pacific region.

“If we focus on equality rather than excellence, we will be overwhelmed.”

Finally, Russia, the writer explains, faces many long-term difficulties of its own concerning China.

In short, then, Trump’s efforts at the Helsinki summit, far from meriting condemnation, might turn out to be the beginning of an effective future alliance; and in any event deserve our gratitude for enabling the country to avoid another Cold War.

Besides, it is necessary to avoid mindless partisanship—“Trump sided with the bad guys!”—and realize that politics is essentially manipulative. Diplomacy is a canny art. What Trump says is one thing; what he believes is quite another. And unlike most of his critics, the man has the national good in view.

Says Justin Raimondo, “It’s very simple. Which side are you on: the unelected Deep State, the CIA, the FBI, the neocons, and nearly all the political class, bent on perpetual war? Or a democratically elected President who wants peace from Korea to Kaliningrad?”

As the ignorant and self-righteous pundits work up their usual sideshow, our primary problem ironically is ignored: namely, the perverse moral psychology whereby we undermine our own interests. American universities and corporations now spend millions of dollars on implicit-bias training, even though the concept is sheer superstition. From Harvard and Stanford to high-tech corporations such as Google and Apple, employers go out of their way to hire people because they are female, or black, or Hispanic, and so on. Such persons may or may not be competent, and it goes without saying that if identity politics is the sole or primary criterion for employment, then they will probably be incompetent. Nevertheless, as Heather Mac Donald has documented, the “equal representation” is rapidly increasing, and universities and corporations are becoming more precise in their implementations of the aim.

Meanwhile, as we level ourselves down in the name of equality and diversity, China graduates four times as many STEM bachelor degrees as the United States and twice as many PhDs. A ruthless meritocracy, China does not lead students to believe things like affirmative action and implicit bias will compensate for their own inadequacies. Rather, the Chinese must accept fierce competition as a matter of course.

Owing to affirmative action, American universities admit black students at about the same rate as white students. But the graduation rate for black men six years after matriculation is only 40 percent, compared to 70 percent for Asian men and 62 percent for white men. It is time to end affirmative action, hiring quotas, and all such forms of self-destructive generosity. In David Goldman’s words,

As mobile broadband penetrates the remotest crevasses of the world economy, the filter for talent will become finer. People whose parents worked a subsistence plot or manned a market stall will compete with the thoroughbred products of American prep schools on an equal footing. A wave of competitors is headed our way such as we have never seen. If we focus on equality rather than excellence, we will be overwhelmed.

Maintaining a competitive advantage over China is no easy task, for our obstacle here is nothing less than human nature itself. Few things, I have argued, are more important to men and women than human nature’s difficult need for esteem, or to say it another way, our desire to be perceived as valuable by other people. Like all value, any idea of merit (or lack of merit) is inherently comparative. In order for someone to be considered good at something, others must be relatively bad at it. Without such a distinction, the idea of good is unintelligible.

It is here that the trouble begins. For so powerful is this prideful element of human psychology that people are by no means inclined to concede, “You are better than me.” It is preferable by far to give in to the envy they naturally feel in such situations. And being aided by the force of this affect—which, however, they do not allow themselves to recognize—they come to view themselves as “victims.” The next step is indignant demands for hiring quotas and redistributive justice and the like.

Whether because of envy, pity, or a combination of both, Americans increasingly eschew standards of excellence for the sake of equality and diversity. It is as if ability were determined by being female, or black, or Hispanic, or—why not?—a narcoleptic midget with one eye and bad teeth. This is nothing but ignoble leveling—there is no justice in it. We elevate the mediocre or even the terribly incompetent, all while hindering the truly meritorious.

In this process there are two common fallacies. The first is the disparity fallacy. It consists of mistaking mere disparity (or diversity, as it were) for evidence of discrimination. If, for example, the Harvard philosophy department has more men than women, or more whites than blacks, or whatever, then it will be assumed that discrimination is the reason. But though instances of discrimination still exist, mere disparity does nothing to prove them.

The second fallacy is related to the first one, and frequently motivates it. This is the social constructivist fallacy, which holds that at birth everyone is equal (or in other words, and quite bizarrely, the same), and all subsequent differences to be attributed to the environment. By this reasoning, all outcomes should be precisely consistent with the demographics of the population, and indeed they would, were it not for environmental differences—namely, economic inequality and, above all, discrimination.