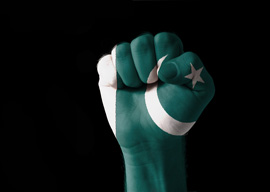 WASHINGTON”I was visiting Pakistan’s ambassador to the United States in the spring of 2011 when the phone on his desk rang.

As he listened, his expression grew darker and darker. Finally, he banged down the phone and exploded: “Another US drone attack that killed our people. We were never warned the attack was coming. We are supposed to be US allies!”

This strongly pro-American ambassador was wrong. While the US hails Pakistan as a key non-NATO ally, America treats it like an occupied country. Islamabad’s government is left to observe increasing drone attacks and CIA ground operations with deepening embarrassment and helplessness.

Many Pakistanis tend to believe the US more or less occupied their nation after 9/11.

“While the US hails Pakistan as a key non-NATO ally, America treats it like an occupied country.”

The Pakistani leader who allowed this to happen, Gen. Pervez Musharraf, has reportedly admitted that the US demanded he allow them to use Pakistan’s army, air bases, ports, intelligence service, and airspace”or face war. Musharraf quickly caved in to the US ultimatum, something a tough predecessor, Gen. Muhammad Zia-ul-Haq, would likely have rejected.

As US drone attacks intensify in Pakistan’s tribal belt and inside Afghanistan, President Asif Ali Zardari’s government, supported by Washington and sustained by US dollars, keeps imploring the US to halt the attacks that are enraging Pakistanis. Senior Pakistani diplomats have been warning that the drone strikes that keep killing civilians are fueling Pakistani extremist groups and humiliating its armed forces.

Islamabad has attempted to show some independence by halting US-NATO truck convoys from Karachi to Afghanistan for seven months after a deadly US air attack last November that killed at least two dozen of their soldiers.

But $1 billion of American aid to Islamabad was unfrozen after the blockade was recently lifted. The dollars are flowing again, many of them thought to be headed right back out into Swiss, Dubaian, or Singaporean bank accounts.