Among the Gold and Gore 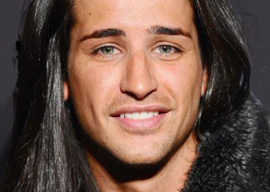 Last night while seated in the La Maestranza bullring of Seville to watch the great matador JosÃ© MarÃ­ Manzanares dance with and dispatch six bulls, I was reminded why I became so fascinated by the spectacle we Anglo-Saxons incorrectly call bullfighting. (It is not a fight, it is a highly structured drama centering on a ritual sacrifice. Nor is it a sport. It is conceived as an art form, unique in having a risk of death for the practitioner, but reviewed between the ballet and theater in the newspapers and spoken of in terms of its aesthetics rather than its athletics.)

My girlfriend, a recent convert but still possessed of strong doubts about the activity, asked what it was among the gold and gore that draws me back to the plaza de toros time and time again. I replied that it was the absolute reality of the corrida. As an art form, it represents man’s struggle with death and how it should be best faced, which is with a striking and elegant defiance. It represents a man standing alone on the sand with an animal intent on killing him. My first instructor in how to torear, the matador Juan JosÃ© Padilla, almost joined their ranks two years ago when a bull removed his eye and a chunk of his skull. He was back in the ring five months later, sans depth perception, a triumphant return that I covered for GQ magazine.

“There is honor and glamour in earning your status and fortune by dancing with death.”

I come to Seville to see these exceptionally brave men stand in front of these beautiful bulls, the best time of year being now as the town prepares for its annual celebration of winter’s death. This year I am not here on holiday but have come to meet with another matador, Cayetano Rivera OrdÃ³Ã±ez, about whom I am coproducing and writing a documentary. Cayetano has risen to fame and riches through risking his life in this way, a risk he knows all too well. A bull killed his father, the matador Paquirri, when Cayetano was seven.

Whatever one thinks of the ethics of injuring and killing an animal as part of a public spectacle”I find it no less reprehensible than killing one at a third the age and after a far worse life for meat I do not medically need to eat”there is honor and glamour in earning your status and fortune by dancing with death.

This is why it stands in such stark contrast to what passes for honor and glamour at home in Great Britain. I just attended the book launch of an acquaintance who published his memoirs at the ripe old age of 26. It is more accurately described as a travelogue of his sexual adventures, something made clear by its title Laid in Chelsea. It is currently at number three on the Sunday Times bestseller list. The reason for this literary success is because the author, Ollie Locke, is famous for being in a reality television show called Made in Chelsea.

The fact that having your life filmed and broadcast, and then writing about your carnal exploits, can bring wealth and glory sums up so much that is wrong with modern Britain, a generalization that extends to our Saxon cousins in the US. Spain may be financially bankrupt, but at least it isn’t morally so.