An Age of Weak Men 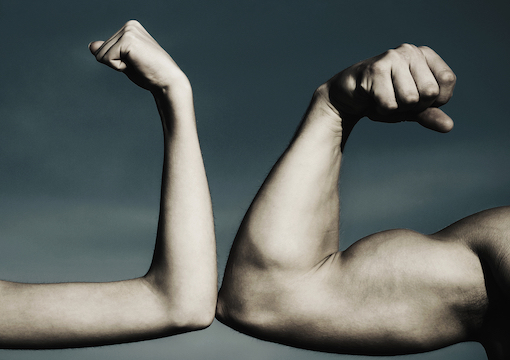 “It’s one thing to deplore eugenics on ideological, political, moral grounds,” Richard Dawkins tweeted on Sunday. “It’s quite another to conclude that it wouldn’t work in practice. Of course it would. It works for cows, horses, pigs, dogs & roses. Why on earth wouldn’t it work for humans? Facts ignore ideology.”

Wary of being misunderstood and bashed by the internet mob, Dawkins took care to make the following clarification:

For those determined to miss the point, I deplore the idea of a eugenic policy. I simply said deploring it doesn’t mean it wouldn’t work. Just as we breed cows to yield more milk, we could breed humans to run faster or jump higher. But heaven forbid that we should do it.

It is not self-evident that eugenics, for all the evils it could cause, is altogether bad. Humans who could “run faster or jump higher” would seem to be a good thing. So it’s not clear why, for Dawkins, one should be entirely opposed to eugenics. Perhaps he thinks the risks involved are so grave that the practice should be rejected on principle. If so, he may be right, although it’s unlikely that the super-ambitious Chinese (who don’t share his scruples) would be persuaded to agree.

Actually, as Steve Sailer, James Thompson, and Bo Winegard and Noah Carl have shown in their respective reviews of Superior: The Return of Race Science, Saini’s book is a dreadful combination of ignorance allied to conceit. A journalist, Saini presumes to inform readers, contra the careful work of many actual scientists, that race is not real, and it’s clear that her sole reason for this demonstrably false belief is how the concept of race makes her feel. Sailer is quite right that “Saini takes everything personally in that girly style that predominates in 2019.”

Why, then, one has to wonder, would Dawkins, a distinguished biologist, praise such an obviously amateurish book? In the words of Nathan Cofnas, a principled intellectual,

Richard Dawkins is a brave truth teller when it comes [to] mocking creationists and homeopaths who have no power in his social circles. But don’t expect Dawkins to stand up for science when it might actually cost him.

For Dawkins, it wasn’t enough to distinguish between the feasibility of eugenics and moral advocacy of it. Wanting to protect his reputation, he threw a bone to the leftist internet mob, for whom race is “just a social construct,” as all “right-thinking people” know.

Of course, such vulgar conformity, such failure to stick to your guns, is hardly unusual these days. For instance, on Jan. 14, Stephen King tweeted: “I would never consider diversity in matters of art. Only quality. It seems to me that to do otherwise would be wrong.” Quite so!

“If the right ever gets serious about defeating the culturally hegemonic left, it is going to have to get some guts.”

And yet, about two weeks later, as if on cue, the writer took to the pages of The Washington Post to explain how terribly wrong he was. “The game,” said King, is “rigged in favor of the white folks,” so diversity and other identity-politics criteria are valid aesthetic principles after all, serving as they do to compensate for “the rigged game.”

Two very successful individuals, both Dawkins and King surely have enough money to live well for the rest of their days. Their comfortable lifestyles would not be altered even if their reputations were to suffer. What we see here, then, are weak types, men who assign greater value to pleasing the ever-indignant mob than to intellectual and moral integrity.

Although weak men seem to be more common on the left than on the right, there are still plenty on the latter. Consider the hysterical reactions by so many conservatives to President Trump’s comments on Charlottesville. To understand just how unwarranted these reactions were, it is necessary to read the transcripts of the Trump Tower presser. Here is a relevant excerpt:

Question: Mr. President, are you putting what you’re calling the alt-left and white supremacists on the same moral plane?

Question: …on both sides, sir?

Question: You said there was hatred, there was violence on both sides. Are…

I’m not talking about the neo-Nazis and the white nationalists, because they should be condemned totally. But you had many people in that group other than neo-Nazis and white nationalists. OK? And the press has treated them absolutely unfairly. Now, in the other group also, you had some fine people, but you also had troublemakers and you see them come with the black outfits and with the helmets and with the baseball bats. You’ve got—you had a lot of bad—you had a lot of bad people in the other group…

Although widely misunderstood, Trump’s comments were eminently reasonable. He made a distinction between “the neo-Nazis and the white nationalists” and the Southern patriots who wanted “to protest the taking down of, to them, a very, very important statue and the renaming of a park from Robert E. Lee to another name.” At the time, it was evident from the video footage of the event that not all of the right-wing protesters were neo-Nazis or white nationalists. Needless to say, the idea that a person is a neo-Nazi or white nationalist (in some bad sense of the term) just because he carries a Confederate flag, or objects to the removal of a statue and the renaming of a park, is rather silly. The South is full of such patriots, and the vulgar assumption that they’re all a bunch of backward racists is one of the things that led to the Trump presidency.

In their bias, many on the right probably think Trump was wrong to say that the leftist side, too, had some “fine people.” Yet reality is not determined by political pom-pom waving, and it is quite possible that not every leftist at Charlottesville was a member of Antifa—some may have just wanted to protest groups they believed to be evil.

Trump was also correct that it was the left that initiated the violence, a truth that was later established by the independent Heaphy Report.

Shortly after Trump’s comments, Julius Krein, the editor of American Affairs, a journal that was founded to explain and justify “Trumpism,” wrote a New York Times op-ed titled “I Voted for Trump. And I Sorely Regret It.” It’s pretty funny reading, this self-portrait of a weak man:

[My initial] optimism [regarding Trump] was unfounded. I can’t stand by this disgraceful administration any longer, and I would urge anyone who once supported him as I did to stop defending the 45th president.

Far from making America great again, Mr. Trump has betrayed the foundations of our common citizenship. And his actions are jeopardizing any prospect of enacting an agenda that might restore the promise of American life….

Either Mr. Trump is genuinely sympathetic to the David Duke types, or he is so obtuse as to be utterly incapable of learning from his worst mistakes. Either way, he continues to prove his harshest critics right.

Mr. Trump once boasted that he could shoot someone in the street and not lose voters. Well, someone was just killed in the street by a white supremacist in Charlottesville. His refusal this weekend to specifically and immediately denounce the groups responsible for this intolerable violence was both morally disgusting and monumentally stupid. In this, Mr. Trump failed perhaps the easiest imaginable test of presidential leadership. Rather than advance a vision of national unity that he claims to represent, his indefensible equivocation can only inflame the most vicious forces of division within our country.

What a pity that these righteous words didn’t earn Krein a regular spot at the national paper of record! Krein, however, is a young man, and as Sean Hannity, Mark Levin, and other sages are getting old, he may yet have his own program on Fox News. Certainly Krein, with his delicate, effeminate features, would look very nice alongside Tomi Lahren, Kat Timpf, and other intellectual women.

Of course, as we’ve seen, Trump did in fact “denounce the groups responsible for this intolerable violence.” But Krein seems to have been unwilling to accept the fact that not everyone on the right merited denunciation. In the face of racism, Krein, like some 22-year-old journalist at Vox, lost his capacity for nuance. If some people on a side are bad, well then, everyone must be so, since racism is so very evil. It is also telling that Krein didn’t bother to take the left to task. In short, he appears to have been as ignorant of the context of Charlottesville as your garden-variety leftist.

Nor does Krein hesitate to yield to the left in general. I have a friend who wrote an essay for his journal. Krein, this person told me, insisted on cutting a passage on racial differences in intelligence, even though, in my friend’s opinion, those differences have important implications for immigration policy. For Krein, you see, talk about racial differences in intelligence is “racist”—an absurd leftist premise that conservatives should be able to shrug off.

Other friends, older and considerably more accomplished than both me and Krein, have had their pitches to Krein go unanswered. The reason seems to be that, unlike Krein and most of his writers, these persons are known for being politically incorrect, and that’s not the right look for a genteel player like Krein.

Unfortunately, men like Julius Krein are not the exception but the norm on the right. So if it ever gets serious about defeating the culturally hegemonic left, the right is going to have to get some guts. Prominent writers and editors will have to take risks, subordinating their own interests to what they think is right and true.

Apart from politics, it should be understood that in an age of mass media, anyone can easily be found guilty of wrong-think. The only solution to this problem is to not care about the invariable, silly accusations of racism and all the rest. But this, too, is a function of strength—specifically, of strength of character.