An Amnesty That I Can Support 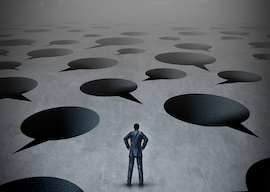 In 1986, my high school drama teacher decided to give me a lesson in humility following a series of outbursts on my part challenging his authority (as arrogant as I may be now, I was way worse back then). He “sentenced” me to a week of working stage crew. In my majority black school, the theater class was a haven for the white and Jewish kids, but stage crew was all black. It was basically woodshop, but in the service of building faggoty backdrops for fruity actors.

And as the school’s top (non-fruity) actor, crew was beneath me.

On my first day of “forced labor,” I gathered up the other crew members and we headed downstairs to the costume storage room. I dressed the black kids in the tattered outfits of the dockworkers from Show Boat, and I donned a slave-driver costume. We were all cracking up. That’s the important thing; we were all in on the joke. The black kids found it as hilarious as I did.

In ’86, racial humor was not yet a death sentence.

As my teacher was giving one of his typically dull lectures with his back to the stage, out from the wings emerged the black “slaves” carrying huge piles of lumber and feigning discomfort as I whipped them from behind. “Haul that wood, ya darkies,” I bellowed. The class exploded with laughter. It took ten minutes to restore order, and I never had to work crew again.

Man, was I lucky that cell phones and social media didn’t exist back then to preserve a permanent record of that gag.

Kyle Kashuv is not so fortunate. Kashuv was one of the students at Stoneman Douglas High School in February 2018 when ex-student Nikolas Cruz opened fire, killing seventeen people. While most of the “survivors” went on to fame and fortune as gun-control zealots, Kashuv pursued a different path. He dared to actually blame the gunman for the shooting, as opposed to the NRA, Donald Trump, and all gun owners in America. As his classmates used their newfound fame to push all manner of firearms restrictions, Kashuv preached the value of gun rights. He became a thorn in the side of the left, because no one could deny his privileged position. If wild-eyed maniac David Hogg was untouchable because of his survivor cred, Kashuv had to be too.

I followed Kashuv on Twitter last year, and I have to admit, despite my pathological hatred of the young, I found him surprisingly erudite and measured. He became a featured speaker at large-scale conservative events, and he reached an audience of millions on Fox News and elsewhere. And as his gun-grabbing classmates had to rely on ideological affirmative action to force prestigious universities to admit them, Kashuv got into Harvard with ease.

And then…well, it turned out that when he was 16 years old, he wrote the word “nigger.” Not as a threat to a fellow classmate (i.e., not like the fake hate crimes in which a black student writes “nigger” on a bathroom wall and claims the Klan put it there to intimidate him from pooping), but as part of a stupid, jokey back-and-forth with friends.

And now Kashuv is ruined. Destroyed. He’s apologized profusely for the youthful indiscretion of writing a bad word. He’s pointed out that he has matured since the mass shooting, and that he’s not the same smart-ass he was when he was younger. No matter. He’s done, he’s toast. Harvard rescinded his admission, and the media is taking great pleasure in crucifying the kid for…uh…what exactly did he do? Oh, right. He wrote a word.

Even some conservatives and former fans have turned on Kashuv. And what better proof is there of the hypocritical emptiness of conservative outrage over the whole “you must not draw Muhammad” thing? Were I a Muzzie, I’d use this as an opportunity to say, “Ha, it is ‘Islamophobia’ after all! If your concern was truly ‘free speech’ and ‘free expression,’ surely you wouldn’t be so quick to support the destruction of a teenager’s life over the fact that he typed a forbidden word in a private back-and-forth with friends. Why do blacks have the right to say ‘We demand that this word never be written,’ but Muslims can’t say ‘We demand that this image never be drawn’?”

“Perhaps we can compromise and give every human one freebie, one chance to say something and then apologize and take it back.”

I’m no fan of Muslims, but that would be a fair question (sadly, most Muslim activists have been too busy building bombs to think of this talking point themselves). How can anyone who attacks Muslims for their outsize reactions when someone draws an image of their prophet join the pile-on when a 16-year-old kid writes a “forbidden” word in a private exchange? Imagine if a major U.S. university had rescinded a student’s admission because it was discovered he’d drawn Muhammad two years earlier. That kid would be crowned King of CPAC. He’d get his own segment on Hannity.

The drubbing Kashuv is receiving is hideously out of proportion to his “crime.” An MSNBC “analyst” and former GOP congressman likened Kashuv to a school shooter (yes, writing words is the same as gunning down children). The Root, a site incapable of not upping the ante in any championship tournament of insanity poker, stated that Kashuv must not be forgiven because “forgiveness is a white privilege” (wait, don’t those same tards believe that Jesus was black?). A half-wit at Slate claimed that a white man jokingly writing “nigger” to his friends in a private communication should matter as much to colleges as an academic history of straight Fs. That same Slate simpleton described the writing of the forbidden word as a “serious wrongdoing,” and she thanked Harvard for not “subjecting” its black students to the “hostility” of having to be in the same school as a white man who wrote “nigger” as a teen (so if it can be shown that a black applicant once said something mean about whites, should Harvard’s white students be protected from having to go to school with him?).

One of the WaPo’s resident anencephalics, Monica Hesse, proudly announced that it’s better for 16-year-old white kids to drink alcohol than write “nigger” (the fact that the former is illegal and the latter isn’t was lost on this Rain Woman). Hesse called Kashuv’s “act” (typing a word) “hurtful” (who was injured? Who even knew about it until the snitch exposed the private messages?). She compared him to a molester of women (again, Simple Monica, that’s an illegal act. Typing a word isn’t), and she suggested that no student at any college “should have to attend classes with someone who has used racist terminology” (so why not apply that to all nonwhite applicants who wrote something mean about whites when they were 16?). Finally, she lamented that no matter what unending punishment this bad seed faces, tragically for society, he’s “still going to live somewhere,” and “someone is going to have to be the one who decides where that should be.”

If you can’t see the batshit crazy in that sentence, you’re too far gone. She’s saying that because a kid wrote “nigger,” we must lament the fact that he “still has to live,” and it’s up to society to determine the Babylon to which the beast is exiled.

A kid wrote “nigger,” and now he has no right to live among us. Every week I think I’ve reached the Mariana Trench of leftist insanity, and every week I realize that there are deeper depths to plumb.

Harvard has its standards, and it’s welcome to them. In my humble opinion, everyone on earth is better not going to Harvard than going there. When I finished high school in 1986, I chose going to Auschwitz over going to college. To be honest, I probably would have chosen 1944 Auschwitz over college. Kashuv is better off without that Ivy League stink tank. Harvard should be left to indulge its fetish of shutting out high-IQ Asians. Because this isn’t about Harvard. Or even Kyle Kashuv. It’s about the irrationality of the present day. If a 16-year-old white boy writes “nigger,” he’s worse than a rapist and as bad as a mass shooter.

Chronic unreason and loss of perspective…the signs of a society in the death grip of dementia.

Were we really worse off when words were not seen as the equivalent of rape and murder? When Eric Clapton could lecture a 1976 concert audience about how “England is for white people, man. We are a white country. This is Great Britain, a white country. What is happening to us, for fuck’s sake?” and be forgiven after apologizing? When Elvis Costello, drunk off his ass after a gig in 1979, could call Ray Charles a “blind, ignorant nigger” and be forgiven after apologizing? Indeed, Ray Charles himself, displaying a dignity too many of today’s black celebrities lack, responded to those comments by simply stating, “Drunken talk isn’t meant to be printed in the paper.” A guy said bad words, a guy was forgiven. That was the norm back then. And were those really the plague years?

Were those really the worst of times?

If Kyle Kashuv is the equivalent of a rapist for something he wrote at 16, then Clapton and anti-Trump leftist Costello (arguably the most overrated musician since the first caveman who learned to clap along to his farts) should be banished for life for what they said as adults.

“Word crimes” have no victim. Because they’re not real crimes.If offense is given through the careless or stupid use of a word, an apology should always suffice. Especially in Kashuv’s case, because he never directed his words at black people. He just wrote them privately among friends. No feelings were hurt, no souls were put on ice, no masks were worn, no monkeys signified, and no dreams dried up like a raisin. The hatred directed at Kashuv is the only atrocity here.

A modest proposal: There should be an amnesty for all “word crimes” committed by minors. Making word mistakes is part of growing up. Thank God the Constitution prohibits us from criminalizing word offenses, but society shouldn’t be so damn bloodthirsty about imposing extrajudicial penalties.

In fact, I’d give amnesty to everyone, even adults, for their first word crime. Humans are imperfect, and imperfect things come out of our mouths, often assisted by drugs, booze, or anger. Personally, I’m against the entire concept of word crimes, but perhaps we can compromise and give every human one freebie, one chance to say something and then apologize and take it back.

Allow humans one word mistake. That’s an amnesty I can get behind.

It’s also one with a Chinaaman’s chance in hell of every actually happening.

In a society as unforgiving of word crimes as ours, I’ve forged my own amnesty by just not giving a damn.

It’s an approach I wholeheartedly recommend, and one that young Kyle should seriously consider exploring.