An Epidemic of Ideology 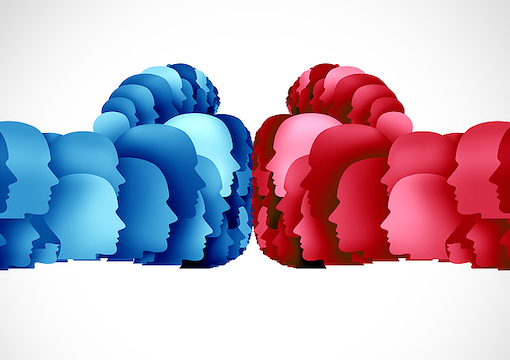 The left alleged that the ruling by the Supreme Court overturning Roe v. Wade was but the start of an unconstitutional attempt to make abortion illegal everywhere in the United States, the right to abortion being clearly inscribed in the Constitution properly interpreted, the solution being to pack the courts with right-(that is to say left)-thinking judges.

By contrast, the right alleged that the left wants judges to make laws according to its own “liberal” principles rather than merely to interpret them, bypassing the legislative process or even oversight, thus installing a regime of judicial dictatorship.

On Roe v. Wade, I am with the Supreme Court ruling, though I am by no means as opposed to termination of pregnancies as some people. It seems obvious to me that if you can derive a right to abortion from the American Constitution, you can derive anything from it, for example a children’s right to teddy bears or an employee’s right to four weeks’ paid holiday a year at a resort of his choice. The proper aim of a constitution is not to secure all the things that people would like, but to provide a limiting framework of liberty in which laws should be made. By returning the legislation on the matter of abortion to the states, the Supreme Court was increasing the scope of democracy, not (as was dishonestly alleged) curtailing it. It remains open to believers in, or enthusiasts for, abortion to work for a properly worded constitutional amendment, granting the right they falsely claim to have found in the Constitution as it now stands; or alternatively (and more realistically) to work for changes in the laws of those states that are highly restrictive. That would be the proper way to go about it, if they believed in constitutional democracy, but they don’t: They believe instead in their own virtue and moral right to govern.

For the sake of balance (for once), let me add that I believe the gun lobby in the United States willfully misinterprets the Second Amendment. But, of course, this is irrelevant; it is much too late to do anything about gun crime in the United States by means of constitutional interpretation.

From the outsider’s point of view, what is alarming about the situation in the United States is the complete polarization of opinion, precisely at a time when opinion is the sole measure of virtue. A man can be an absolute monster, but if he proclaims the right views at sufficient volume, he remains a good man. It follows from this that a man who disagrees with me does not merely have a different opinion from mine, but is a bad person, even a very bad person. And I am told by American friends whom I trust that people of differing political standpoints can scarcely bear to be in the same room together. They tell me (so it must be true) that the left is worse in this respect than the right, and that while a young conservative is happy to date a young liberal, the reverse is not true. It can’t be long before sexual relations with a person of differing political outlook come to be regarded as a sexual perversion, indeed as the only sexual perversion, all others being but a matter of taste.

Political passion is nothing new, of course. A famous French cartoon from the era of the Dreyfus affair comes to mind. In the first picture, the hostess at an elaborately set dinner table warns her husband before the dinner party not to allow the guests to talk about the affair. In the second picture, you see the dining room in complete disarray, everything having been thrown about and smashed. The legend is simply, “They talked about it.”

Nevertheless, there seems to be something different about the present level of social hostility between people of different political outlooks, which has now become chronic. This cannot be a favorable augury for the future of a functioning democracy—or rather, for a free country (which is not quite the same thing). While a phenomenon that is more or less binary, sex, has become nonbinary, something that should be nonbinary, that is to say political opinion, has become binary. If you know a person’s opinion on one subject, you know his opinion on all, and you either clasp him to your bosom or cast him out of your sight.

Tolerance is not an a priori acceptance of how someone is, however he may be; that is indifference, not tolerance. Tolerance is behaving decently toward someone some aspect of whom one dislikes or disagrees with. I have friends with whose outlooks I strongly disagree, and which I believe to be deleterious (as they probably believe mine to be); I have friends with whose religious views I find alien to me. There is a limit to the tolerable, of course, and where that limit should be placed is a matter of judgment and no doubt of circumstance. But I do not want to live in a social world in which there are only two blocs, akin to those of the Cold War.

A lot of the rhetoric in America seems almost like the preparation for a new civil war. I do not think that it will ever take place; in the last analysis, what unites will prove stronger than what divides, especially under dire threat from the exterior.

However, my record as a social prophet is not unspotted, to say the least. I have often not seen what is coming and have often seen what is not coming. My record of failure does not prevent or even inhibit me from prognostication, however. I think we have entered a golden age of bad temper that will last some time, one of the reasons being that too many people go to university where they have learned to look at the world through ideology-tinted spectacles. There is nothing like ideology for raising the temperature of debate and eventually of avoiding debate altogether.