An Experiment in Social Order 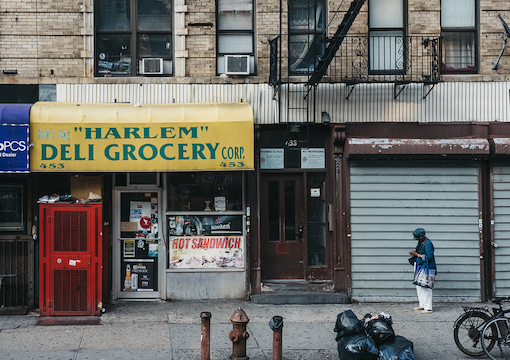 In the last few weeks Ahmaud Arbery, like Trayvon Martin, Michael Brown, and Freddie Gray, has been put to a predictable use: advancing the liberal narrative of black victims of white violence. Regardless of the facts of the case, the media has trotted out its standard story of an innocent black man being subjected, like so many others before him, to the racist violence that, we are to believe, defines life for blacks in the contemporary United States.

In reality, most violence in the U.S. is intra-racial, but when it comes to interracial violence, blacks are considerably overrepresented, as they are in regard to violent crime generally. Still, the constant media hype obscures these simple truths, which people nevertheless know to be true from their own experience. Whenever, for example, people speak of “a bad neighborhood” in an inner city, it’s taken for granted that the neighborhood is a black one.

There is no sign that black violence and crime is going to cease being a national burden anytime soon. To the contrary, among mainstream intellectuals and journalists, the official story is one of black victimization. So it seems worthwhile, then, to think about alternatives to the welfare state that effectively sustains black violence and crime and the culture of irresponsibility from which they issue. Is there some way of reorganizing the welfare state so that it would be less conducive to criminal elements?

The conservative social scientist James Q. Wilson thought there was. In an interview in Reason magazine (February 1995), Wilson, reflecting on the failed welfare state, said that

These are communities where people are growing up absent any social norms. Among industrialized nations, this is a distinctly American problem, although it also exists in backward nations and developing nations.

“There is nothing in human nature that makes our urban ghettos necessary.”

There has always been some disorganized lower class—we used to call it skid row. Now, of course, we have whole residential areas that are skid rows. There is not an inherent dynamic in human nature that makes it necessary for hundreds of thousands of people—as opposed to thousands—to live in totally disorganized communities. Nothing has changed in human nature in the past 40 years that should have produced this. What I think has happened is that a downward cycle of neighborhood decay has gotten to the point where the situation won’t improve as long as people stay there. If you take people out of those neighborhoods and put them elsewhere, they might well have a chance at a decent life.

For Wilson, “the great society” has not turned out to be great. But there is nothing in human nature that makes our urban ghettos necessary. Not that his analysis is not bleak: He thought, for instance, that “a downward cycle of neighborhood decay has gotten to the point where the situation won’t improve as long as people stay there.” In other words, the communities are beyond reform, and the best we can do is to get people out of them.

I’ve been toying around with this idea in which young mothers who want welfare would be required to live in group homes. These could be located physically very near where the mother is now living. But you would still be taking them out of the neighborhood in the sense that no drugs would come in and no drugs would come out, including alcohol. And the children and the mothers would be under the supervision of responsible adults.

The problems of our urban areas are rooted in the failure of parents to raise decent children. Admittedly, it is a failure partially excused by the horrifying conditions under which these children must be raised. But these horrifying conditions themselves reflect a collapse of family structure from the prior generation….

It is a problem created when children grow up and learn in an environment in which they never see a married man working for a living at a legitimate job and supporting his family. These children learn, since they have never seen such behavior, that it isn’t an available alternative, or if it is, it’s an undesirable one. They see fear, they see drug use, they see gangsterism, they see disorganization. This is what they learn.

I submit that the experiment in social order that Wilson describes would be worth undertaking. After all, what, at this point, is there to lose? There is no doubt that, with respect to the perpetrators of black violence and crime, many “never see a married man working for a living at a legitimate job and supporting his family.” Rather, “they see fear, they see drug use, they see gangsterism, they see disorganization.” And so they eventually become what they’ve seen.

“For many of these children,” Wilson believed, “the only thing that will work is if they are raised in radically different settings.” “This means they are either raised by somebody else or they are raised by their own mother but in an environment in which the mother herself is taught how to be a mother and the child is given a decent environment.”

But, some will object, this is paternalism! Moreover, we’d be letting parents off the hook who didn’t properly raise their children. These charges Wilson met head-on:

Yes, it is paternalism. That is exactly what it is. What these children lack is paternalism. That’s a very good way to put it. And it is a fair criticism to say it will let some parents off the hook. But for some people I think that’s exactly right. I’ve increasingly come to the view that, for some children, we have to accept the fact that their parents will slough off their responsibility. We also have to reinforce the legal and cultural sanctions that support the maintenance of those responsibilities, but we have to face the fact that in some cases these cultural reinforcements will not work.

…Most of these [women] can be decent mothers, provided they’re put in an environment where they’re taught how to be decent mothers and protected from those influences outside that make it impossible to be decent mothers. That’s why I support pooling the welfare checks into group shelters where mother and child would live together. This could help the child. Remember that we know how to raise babies. This is not a problem. Society has spent 50,000 years learning that. Putting a mother in a group shelter doesn’t absolve her of her responsibilities. It says, “If you want help raising your baby, you’ve got to go to this shelter.” Most of these mothers love their babies. They don’t want to abandon them.

What bears mentioning is that the ecological effect of large numbers of single mothers is large numbers of unattached, non-responsible males—and communities with those are in for trouble. Men are the locus of destruction. In short, the black community is saddled with reams of undomesticated men. That spells chaos, and black violence and crime, among other things, reflects it.

Rather than continuing this present state of things, it would surely be better for the welfare state to adopt Wilson’s model: “pooling the welfare checks into group shelters where mother and child would live together.” Social workers and perhaps others could see to it that “the mother herself is taught how to be a mother and the child is given a decent environment.” This is exactly what does not happen in the cases of many who get welfare today, and the result is a vast burden on society as a whole.

Indeed, the current model essentially rewards irresponsibility, a mother getting government funds because her children are illegitimate. But since the 1960s this intergenerational cycle, which is highly conducive to dysfunction and crime, has been running its depressing course. It is high time, then, to rethink the welfare state. And the likely reduction in black violence and crime would be just one of the benefits of doing so.