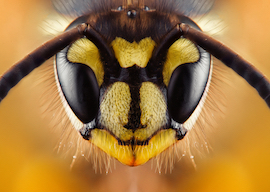 Thirty thousand people—I was tempted to write harridans and harpies, but there must have been some emasculated men among them—have petitioned the Oxford University Press to remove words such as bitch, in the meaning of unpleasant female, from the Oxford English Dictionary as being derogatory of, and offensive to, women.

“A soft answer turneth away wrath,” says the good book, and of course the OUP answered that it would take the petitioners’ views seriously. But in the modern world a soft answer often does not turn away wrath but only provokes further demands. The only time the hospital in which I worked received a written complaint about me was when a Mr. A… said that I had not been helpful in signing a sick note for him. One was supposed by the hospital administration to write an emollient reply in the form of I am sorry that Mr. A… felt disappointed, etc., etc., which was then forwarded to the complainant, but I wrote Mr. A… is a drunk who beats his wife and I’m not signing any sick certificate for him. Suffice it to say that I heard no more from Mr. A… (what I wrote was true), but no doubt this was in part because he would almost certainly have found another doctor to sign the requisite document for him that would have enabled him to steal from the public purse at his leisure.

But back to the OED, that monument of philological learning. It is true that the English language rejoices in a large number of derogatory terms for women, but no one who has seen the center of a British town or city on a Saturday night could possibly deny the urgent need for terms such as slattern, slut, slag, slapper, and even strumpet. As one of my young patients put it (she was 16 at the time), “My mother says that I’m a slut, but I’m good at what I do.” The explanation of this large number of cognate terms to describe less refined members of the second sex is surely that which explains why Eskimo languages have fifty words for snow.

“If Guys and Dolls were to be remade in modern Britain, it would have to be called Slobs and Slatterns.”

Slatterns tend to be fat and to have let themselves go, while sluts will go with anybody; slags are sluts with whom the aging process has caught up; and slappers are notable for their vulgarity. Strumpets are, of course, immoral women of Shakespearean proportion.

Lest I should be suspected of misogyny, one of the seven deadly thoughtcrimes, let me add that I do not think that British men, at least those to be seen in towns and cities up and down the kingdom on Saturday nights, are much better. They vary between the slob and the ferret-faced lout, and make the perfect companion for the slags and sluts. They do their best to make the worst of themselves and in general succeed, putting the finishing touches to Nature’s ugliness. If Guys and Dolls were to be remade in modern Britain, it would have to be called Slobs and Slatterns.

Now again, lest I be thought to be unkind, let me say that this mass hideousness strikes me as profoundly sad, insofar as it emerges from a life that is unsatisfying, empty of meaning, wretched, and even miserable. The pursuit of ugliness is a sign of despair, not of joy; and when one hears the sluts and slags in the street screaming with laughter, the undertone of desperation is—at least to me—obvious.

But let us again return to the petition and what it means. A dictionary is not a manual of etiquette, any more than a textbook of tropical diseases is a paean of praise to tropical sunsets. A dictionary definition of the word slag or slut is not a recommendation that you approach the first person to whom it might plausibly be applied and apply it to her face. The Oxford English Dictionary is not a muezzin’s call to the insult of named individuals, however accurately applied, it is a repository of the meanings and sources of the words used in our magnificent language whose vocabulary, not only with regard to the derogation of women, is the largest of any human language so far studied. The dictionary definition of a word as it is or has been used is not a recommendation for its use in any particular circumstance.

All this is so obvious that I would hesitate to mention it were it not for the fact that 30,000 people appear not to understand it. What is most disturbing about this is that the 30,000 are probably above average, possibly well above average, in their level of education, or at least in the number of years spent at an institution of supposed learning. The uneducated, including the slags and slatterns, would not be so intellectually crass as to believe that a dictionary is a handbook of etiquette, the kind of book that tells you how to address a bishop or what to do with your fish knife (on no account put it in your mouth).

The petition, then, is an effect of years of indoctrination of the credulous and uncritical that masquerades as education. It surely cannot be long before animal rights activists petition the OUP to have the definition of pig as an insult removed because it is unfair to pigs, which after all are clean animals when kept in the right conditions and are highly intelligent, capable of affection and other complex emotions, but which are often deplorably ill-treated, horribly killed, and raised only for bacon rather than for their own sake or intrinsic worth. Indeed, the use of the word pig in a derogatory sense is an appalling example of man’s speciesism, as are other such metaphorical uses of animals’ names such as rat, mouse, sheep, fox, snake, insect, and worm. Where would we be without the insects and worms, I would like to know? We have a lot to be grateful to them for. The next time you call someone waspish, for example, just remember that wasps, and not just bees, pollinate plants. Indeed, I suggest that the term “busy bee” henceforth be replaced by “busy wasp.” Not only would this rehabilitate the reputation of wasps (badly needed), but it would conduce to accuracy. After all, most busy people resemble wasps far more than they resemble bees.