An American Letter on the War of Terror 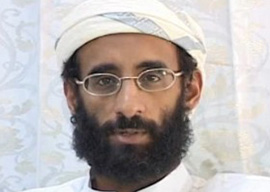 The recent murder of American Anwar al-Awlaki is an outrage. One wishes he were not an American. Were I in charge he never would have been an American. According to old Western notions he will never be considered an American. Yet technically at least, he was an American. Therein lies the rub.

I have no qualms with swift justice nor the death penalty. But even his accusers admit that at most he had extraordinarily dubious links to one actual crime. At worst, he was done away with because his inflammatory speeches inspired others. In other words, he was an American exercising his First Amendment freedoms in a way Washington did not approve.

Al-Awlaki was eradicated entirely without formal charges, absent legal proof, and sans judicial review. The people telling us he deserved death are the very ones who killed him. Doing such things to anyone was an offense before, but the fact that al-Awlaki was a US citizen makes examining the matter imperative for his fellow Americans—especially since America is currently one of the few mostly free lands on Earth, though that is apparently on the cusp of changing.

Sadly some commentators, even those whom the author otherwise respects, have succumbed to murky thinking on the matter. They say that being a terrorist is the same as being an enemy combatant. Since we are at war with terrorism, we are at war with these people, and they should expect to be killed.

“Al-Awlaki was eradicated entirely without formal charges, absent legal proof, and sans judicial review. The people telling us he deserved death are the very ones who killed him.”

Not quite so fast.

The fatal flaw in this analysis is that in every prior “war” the enemy was a government, or parties acting in the service of one. By contrast, “al-Qaeda“ is an extremely loose confederation of like-minded individuals. The enemies are not a constituted body, but simply shifting parties embroiled in regional quarrels or otherwise dissenters to Washington’s prevailing opinions. They are sometimes violent in their objections, but not always.

The fact that there are several overtly nationalist groups whose sphere of concern scarcely extends beyond their traditional sovereign territories—yet who are invariably described as being “al-Qaeda”—further clouds the issue. Is a group in Qatar which seeks to topple their autocratic government a member of “al-Qaeda” because they disagree with Washington and also happen to be Muslim? It would seem so, at least according to Washington’s definition. Meanwhile, similar people in Libya—some of whom held the virtual rank of general in constituted bodies who officially named themselves “al-Qaeda” affiliates—are not actually “al-Qaeda” members according to Washington.

All of this results in a near-comic opera of tragedy in which those who may not even be aware of such an organization are decried as belonging to it and then assassinated.

Washington declared war not on Afghanistan but on “al-Qaeda” because terror is a tactic and not an entity. Thus, it can never be defeated any more than a “War on Sneak Attacks” can be.

Washington is therefore engaged in a war it (by design) can never win and it (most profitably for the profiteers) will never end.

Worse—if there can be a worse—is that anyone who dissents is a “sympathizer” and anyone who protests is a “provocateur,” and anyone who points it all out is a “propagandist.” Indeed, the hydra that is Washington was deadly serious when it stated you are either with it or against it.

Yesterday Washington was against Afghanistan and Iraq. Today it is against Pakistan and Yemen. Tomorrow it will be against wherever there are poor people to be bombed and money to be made off their charred corpses. One knows not what words are inviolable, as anything could conceivably at some future date give comfort to the enemy, especially as the “enemy” is ever evolving to be wherever and whatever the empire needs most.