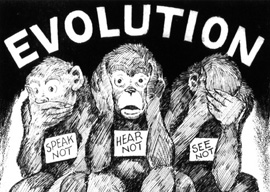 In the year 1700 AD in the Americas and for centuries before and after it was understood that smoking tobacco was not only enjoyable, it was a health benefit. It increased lung capacity, enhanced respiration, and was mentally rehabilitative in calming the nervous system. Smoking undoubtedly improved longevity for millions. Everyone knew it was right, and no one of consequence questioned this belief.

In the year 1850 AD in Vienna it was well-established that unless one demonstrated signs of illness, said person was healthy. A physician named Semmelweis doubted this proposition, noting that washing one’s hands prior to attendance at childbirth drastically increased survival chances for both mother and child. His heresy was rewarded with humiliation and his eventual madness. His colleagues would not bear such calumny against medicine. No such things as germs existed. Everyone knew it was right, and no one of consequence questioned this belief.

In the year 1900 AD it was a certitude God created all people and everything around them. Only fools doubted that God was responsible for their existing exactly as designed. By 1990 AD, advanced people absolutely did not question they were products of natural evolution with no interference by a supreme power. They actively ostracized anyone who pretended to be both a serious person and believer, especially a scientist. Everyone knew it was right, and no one of consequence questioned this belief.

In the year 1950 AD every intelligent person west of the Rhine was resigned to the fact that communism was a millennial menace. Doubters in the United States were blacklisted, sure never again to have gainful employment. The near-universal opinion was that communism might be beaten eventually, but only after the Third World War. Everyone knew it was right, and no one of consequence questioned this belief.

In the year 2000 AD in what was then known as the Western world it was unequivocally understood that all people everywhere were of precisely the same capacities in every possible attribute. To say otherwise was impermissible. Any facts tending to prove the opposite were intolerable. Making use of personal observation and unique experiences that rejected this notion was expressly forbidden. All things not being equal in the world, people were the singular exception, each of them being identical in their abilities.

Everyone was made to know this was the right opinion and no one, of consequence or not, was allowed to question this belief.

In the span of 2,500 years mankind has been assured of the rightness of a great many things, except for the forgotten fact of its own unending ignorance.