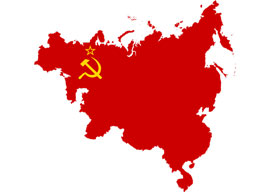 For some time now, I had been concerned that the growing urge of American elites toward bear-baiting”what I call World War G for its bizarre premise of resurrecting the Cold War over, of all things, gay marriage”was a bad habit.

But as it turned out in Kiev, a street battle attracts a different demographic than does a gay pride parade. The triumph of brave far-right brawlers in Ukraine horrified the Russians into acting like Russians.

Russia has long been a baleful state, the biggest, toughest flatheads out on the Eurasian plain. You always hear about two times Russia was attacked”by Napoleon in 1812 and by Hitler in 1941″but Russia didn’t get that big through diplomacy.

In late czarist times, the Foreign Office commemorated a royal anniversary by commissioning a research project in the archives. In its ceremonial memorandum to the czar, the foreign minister announced that they had reviewed the last 40 wars the state had fought and were proud to declare that Russia had started 38 of them.

This is not to say that Russia is endlessly aggressive, but that it traditionally feels that its vulnerabilities demand its expansiveness. The Crimean peninsula, for example, is one of the rare places with any natural defenses in Eastern Europe, which helped Sevastopol hold out against the Nazi army until July 4, 1942, over a year after the German invasion began. Whether strategically outdated or not, in Russian thinking Crimea looms as a natural fortress threatening the right flank of any hypothetical NATO invasion of Russia through Ukraine.

I certainly don’t know what’s going to happen next in Eastern Europe, but I’d like to sketch out a scenario that is, while admittedly implausible, even less often contemplated.

Russia increasingly resembles another country with similar paranoiac geopolitical attitudes and a culture that is yearly becoming less Northwest European: Israel. A rapprochement between Russia and Israeli nationalists remains unlikely, but the chances are growing.

“Russia’s seizure of Crimea drives it into a position increasingly similar to that of Israel.”

In the past, Russia has bet heavily on Israel’s Middle Eastern rivals”for Marxist ideological reasons, out of a Soviet trust in Arab quantity having a quality all its own (for example, building populous Egypt its Aswan Dam), for reflexive anti-Americanism, for Stalin’s concern about Jewish dual loyalties, and sometimes out of traditional Orthodox concern for beleaguered Arab Christians.

But a half-century of maneuvering on the Arabs’ side has netted Russia little. For example, although Russia’s grand strategy for centuries has obsessed over asserting naval power to the south so that Russian ships can’t be bottled up in the Black Sea by Turkish control of the Straits, Russia currently possesses only a single, quite modest navy base at Tartus in besieged Syria. Estimates of the number of Russian personnel currently stationed at Tartus range from four to twelve.

In contrast, Israel has boomed economically and demographically as it surges to the right.

From an international-law perspective, Russia’s seizure of Crimea drives it into a position increasingly similar to that of Israel.

Vladimir Putin has a growing problem that is similar to Binyamin Netanyahu’s. For reasons of national pride, he would like to be permitted to legally annex various chunks of territory that were outside the borders of the Russian Republic in the USSR but are now Russian controlled: perhaps South Ossetia and Abkhazia in the Georgian Caucasus, but, now, especially, Crimea.

Sevastopol, the naval port of Crimea, plays a role in Russian national lore rather like Pearl Harbor does in American legend. And like relatively conservative San Diego in California, Sevastopol is an old Navy town largely populated by the nationalist descendants of sailors who decided to settle there because they liked the climate. Russian nationalists would like to proclaim their territory de jure rather than just de facto.

Similarly, Israel conquered much territory in its Six-Day War blitzkrieg in 1967. It traded the Sinai back to Egypt for the Camp David peace deal and withdrew settlers from the Elysium-like slum of the Gaza Strip, but it has hung onto its more appealing conquests in the Golan Heights and the West Bank.

For reasons of national pride, Israel annexed East Jerusalem a generation ago. But only Costa Rica has recognized this, because annexation due to right of conquest has been frowned upon by the international community after 1945.

That was the Year Zero, in which the victorious Stalin redrew Eastern Europe’s geographic and ethnic borders, moving the Soviet Union westward, adding the formerly Polish-ruled city of LwÃ³w in Galicia to Soviet Ukraine. In return, Stalin gave his Polish communist vassals a chunk of Germany. Massive ethnic cleansing accompanied these annexations, so they’ve been relatively noncontroversial since because there’s practically nobody left for irredentists to redeem.

And the international community would like to keep it that way. The absolute nightmare scenario of European statesmen is that a new round of redrawing borders in Eastern Europe sets off a rebirth of German irredentism for the Eastern lands formerly inhabited by the twelve million Germans ethnically cleansed from them in 1945. That’s a sleeping dog the whole world wants to let lie.

Granted, the United States frequently invades foreign countries (Iraq 2003, Afghanistan 2001, Haiti 1994, Panama 1989) or bombs them into regime change (Libya 2011) or engineers coups (Haiti 2004 to overthrow the guy Clinton put in power in his 1994 invasion). And, recklessly, in 1999 the US bombed Yugoslavia into giving up its internationally recognized territory of Kosovo.