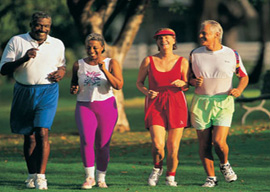 Demography’s specter is haunting Europe, where low native birthrates and aging populations pose serious questions about national economies and their apparently indispensable social welfare. Birthrates in some European countries are under replacement levels. Others have either zero or low growth.

Europe’s aging population supposedly means that an ever decreasing segment will be economically active; that ever more welfare will be eaten up by an ever larger part and provided by an ever smaller part; that the health service will be unbearably burdened and charities will struggle, especially since so many of them are relying on state funds.

But is an aging population necessarily a tragedy?

“People view the fact that they will have to work longer as a major disaster, but what is a fair retirement age these days?”

More people are living longer, surviving previously fatal or debilitating diseases, and keeping their marbles longer. The real tragedy lies in social, political, and economic attitudes that have not kept pace with medical developments. Britain and other European countries have ongoing rows around raising the age at which people can claim their state pensions. People view the fact that they will have to work longer as a major disaster, but what is a fair retirement age these days?

The retirement age was fixed after World War II when conditions were very different. Average life expectancy was far lower, work for most people was physically much harder, and medicine could cope with far fewer diseases. It made sense to assume that people would retire at 60 or 65, take it easy for their few remaining years, then die without feeling any material need.

Trade unions and NGO-type charities attained their strongest positions in the decades after World War II. They are not likely to give up any ground without struggle. (Many charities provide important services to those who really need them. It’s just that those people are not likely to need them so much in their sixties—let alone their fifties, as the British charity Age Concern would have it—but in their eighties, and soon in their nineties.)