An Open Letter to the US Secretary of Defense Robert Gates 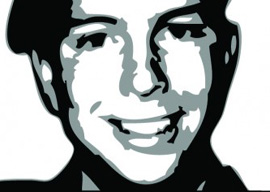 Your cautious appraisal of a proposed American military intervention in Libya is an important warning from a public servant unafraid to speak unpopular truths. While all liberty-loving people abhor the Libyan regime’s cruelty and repression, I agree with your observation to a House subcommittee: “A no-fly zone begins with an attack on Libya to destroy the air defenses.” As you warn, such an attack constitutes an act of war. UN Security Council Resolution 1973 prohibiting flights over Libya may be insufficient to upset the balance between lightly armed rebels and Colonel Gaddafi’s military machine of tanks, heavy artillery, and rapid-fire machine guns. You rightly fear that eliminating the Gaddafi regime may require American Marines on “the shores of Tripoli” whose victory may end up as hollow and self-defeating as that in Baghdad in 2003. While some in the State Department rattle the swords of war, you have counseled caution.

The United States has experience in raising people’s hopes, only to dash them later. In Hungary in 1956, it promised”but failed to deliver”help to the uprising. In Iraq in 1991, it called on the people to overthrow the dictator and then gave the dictator permission to use his air power to crush the revolt.

“The United States has experience in raising people’s hopes, only to dash them later.”

Having heard your views on American military action in Libya, I ask you to reconsider another matter of concern to the Department of Defense: the treatment of a 23-year-old soldier at the Marine Brig in Quantico, Virginia. You are a cabinet officer bound by oath to defend the US Constitution, whose Eighth Amendment states, “Excessive bail shall not be required, nor excessive fines imposed, nor cruel and unusual punishments inflicted.” As far as I am aware, America was the first nation to deny the state the right to practice torture. The Eighth Amendment became the basis for similar laws throughout the world. American diplomats helped to draft Article Five of the UN’s Universal Declaration of Human Rights, which states, “No one shall be subjected to torture or to cruel, inhuman or degrading treatment or punishment.” After World War II, American jurists sat on the courts that sentenced enemy officers and soldiers to death or long prison terms for their “cruel and unusual” treatment of subject peoples, political dissidents, racial outcasts, and war prisoners. The ban on such treatment is a cornerstone of American jurisprudence and one of a free republic’s proudest achievements.

The young soldier in the Marine Brig, Private Bradley Manning, stands accused of releasing classified documents and a videotape to the public. Many, including myself, believe that releasing information about the wars in Iraq and Afghanistan, as well as about American global power diplomacy, is healthy for American democracy. Whether one believes what Private Manning is accused of having done is right or wrong, no institution should be granted the right to confine a prisoner to his cell for twenty-three hours a day. Quantico’s prison regime requires him to strip naked every night, stay in his cell naked until morning, and report for roll call undressed. This treatment is cruel. It constitutes punishment before trial, something that no law permits. “Forced nudity is a classic humiliation technique,” wrote The New York Times about Manning in a March 14 editorial. So repugnant and degrading is this practice that the American Psychological Association decided in August 2007 not only prohibit its members from taking part in forcing any detainee to remain naked, but to require them to report it or intervene to prevent it.