And the Debt Bomb Ticks On 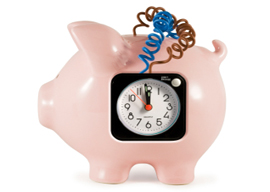 With his approval rating moving up to 50 percent and higher in some polls, the pundits are all agreed. President Obama has turned the corner. He is now the winter-book favorite in 2012.

How, two months after his “shellacking,” did he do it?

First, by taking the wheel from Nancy Pelosi and Harry Reid, cutting a deal to extend the Bush tax cuts, bringing aboard Bill Daley, and separating himself from the demonizers of Sarah Palin and Glenn Beck as moral accomplices in the Tucson massacre.

Second, Obama has been the beneficiary of bullish news.

There is a feeling that at last we are coming out of the Great Recession.

But has the debt bomb really been defused?

On Jan. 20, The New York Times had two front-page stories that ought to concentrate the mind.

“A Path is Sought for States to Escape Their Debt Burdens,” was the headline over the first, which reported that bankruptcy lawyers were being consulted by congressional aides on how states like California might go into Chapter 9, “leaving investors in state bonds … possibly ending at the back of the line as unsecured creditors.”

Illinois, the story said, might, with federal help, do what GM did.

But GM bondholders were wiped out, as some of us know all too well.

Should states win the right to seek bankruptcy protection against their state bondholders, the $3 trillion municipal bond market, which has lately been taking hits, could crater.

The second Times story wrote of a rebellion in the House Republican Study Committee by conservatives and Tea Partiers who think the leadership is being too timid in cutting this year’s budget.

Among their ideas: a five-year freeze on federal salaries, a 15 percent cut in federal employees, a rollback to 2006 spending levels, $300 billion in long-term funding cuts from such programs as foreign aid, Amtrak, public broadcasting and the Washington, D.C., subway system.

As the Tea Partiers’ proposed cuts do not touch the military, Medicare, Medicaid, Social Security or interest on the debt, the biggest budget items, slashes in transportation, education, domestic security, law enforcement and medical research, said the Times, “would be nothing short of drastic.”