Anniversary of a Defenestration 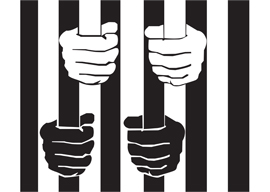 This coming weekend marks the six-month anniversary of my fifteen minutes of worldwide fame. To mark the occasion, I shall give over this week’s and next week’s columns to some random ruminations on the event, its aftermath, and the race business in general, collecting my thoughts under a few general headings.

Truth… The first thing to be noted is the fuss you can make by telling the plain truth. To this day I cannot identify any statement of fact in my Taki’s Mag column of April 5 that was not true.

The facts are irrefutable. An opinion column of course includes more than facts: It has exhortations, rhetorical flourishes, a tone, and a diction, all of which may legitimately be objected to. But the facts I built my column around are true facts.

Now, from the point of view of social acceptance, we all know that the urge to truth needs restraining. Everyone’s least favorite neighbor is the one who responds to a cheery “How ya doin’?” with a comprehensive list of her physical ailments. All true, no doubt, but I’m trying to walk my dog here.

“The narrative of present-day black victimhood is a lie”a gross and antisocial lie.”

Airing of even the most unwelcome and unpleasant truths is justified, though, when untruth is being loudly, widely propagated. I opened my April column with links to several black writers whining about the need to tell their kids of the danger they face from evil white folk.

As is easily demonstrated from Department of Justice statistics, this is a lie, a vile and offensive slander on white Americans. Of every six acts of violent interracial crime in the US, five involve a black offender and a nonblack victim. Only one in six has a nonblack perp (and that includes self-described Hispanics) victimizing a black. Lies need to be countered. With truth.

Some zealous arithmeticians pointed out that since the “pool” of nonblack victims is much larger than that of blacks, of course there are more nonblack victims! OK, do the math.

Suppose a population of N persons has B blacks and W whites: B+W = N. Suppose the races commit violent offenses at equal rates, say one in M per annum. So every year B/M violent crimes are committed by blacks and W/M by whites.

Let’s suppose all such crimes are one-on-one. Let’s further suppose that both races choose their victims with perfect absence of racial discrimination.

Those B/M black crimes include (B/M) Ã (W/N) with white victims; number of crimes times white proportion of the population. The W/M white crimes similarly include (W/M) Ã (B/N) with black victims. Those two interracial numbers are the same: Both are (BW)/(MN). One to one, not five to one.

Blacks are far more dangerous to nonblacks than vice versa. It is rather easy to compile a list of hundreds of black-on-nonblack atrocities, many of them obviously driven by racial animus. Here is a website doing just that.