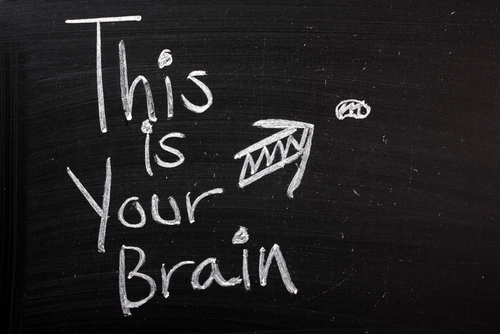 I love those sweet, fleeting moments of near-lucidity when the janitors at the mainstream pop-culture echo chamber almost manage to notice how annoying the echo is.

Full disclosure: A decade ago I briefly crossed paths with Atlantic arts writer Noah Berlatsky, when he and I both worked for the Chicago Reader. At the time he was a music writer, who specialized in “plum” assignments”he went for established artists like Johnny Cash rather than stooping to cover new local musicians (his idea of a Chicago undergrounder was Jon Langford).

These days he’s swung his creaky pop-hipster critical apparatus around to bear on science fiction, comic books, and the occasional decent point about famous TV shows; but fundamentally the only thing about his scope that’s changed is the genre tally.

Berlatsky’s current beef: sci-fi is no longer interested in visions of the future! How dreadfully conservative. His “think piece” last week, in which he complains that everything now is just a rehash of old stuff”and by “everything,” I mean Star Wars“is craftily finessed to cover his blind spots:

In pop sci-fi, we’re all always already picking up the shiny new old lightsaber; there is no other future, and no other dream.

“The mutilation of human vision is mined repeatedly and effectively as a metaphor; anyone who deviates from what others want to see is labeled, often comically inappropriately, as a “white nationalist.””

With “Pop sci-fi,” he bats away the obvious retort: there are plenty of non-popular science fiction writers out there who are doing very fresh stuff, albeit unheard.

But like most of his second-tier lefty ilk, I”ve never seen Berlatsky go far enough out on a limb to splash a drop of ink on a “franchise” (or, gods forbid, a new individual writer) that wasn”t already well-known. Such a critic’s idea of an outsider is Wonder Woman.

Goodness, why are all the movies recycled? Because sycophantic fanboys like you are too busy fighting over who gets the “big” assignment to give exposure to anything new and different. And y”all certainly won”t review anything with a “diverse” ideological underpinning.

This isn”t a new phenomenon; at my first newspaper job way back in 1992 I recall a petulant tiff over whose ego would get to cover the 10,000 Maniacs show. Meanwhile, dozens of local bands that weekend labored, as usual, in obscurity. But none of this means that fresh thought and creation isn”t, and wasn”t, out there. It’s just buried under the sludge that critics choose to cover.

I”m far from being an expert in recent science fiction myself”and yet, here at the bottom of the pop-culture pyramid, I am physically unable to turn around in my desk without knocking over an excellent new dystopian-future novel.

On top of the stack, we have The Last Mirage, a near-future dystopia by the unknown Peter Erickson. It’s self-published, as Erickson despaired early on in the process of searching for a publisher; aside from the fact that he’s one of those stupid writers who would rather concentrate on writing well than on self-promotion, a great deal of his focus is satire, and the target of his satire is electronically mediated political correctness, which constitutes, I”d guess, a good 25 percent of human mental reality at this unfortunate point in the history of civilization.

The inmates of Erickson’s fictional reality are only about three breaths ahead of us on the path to lying back and accepting a hive mind. The prevalent conceit in the book is an optic nerve implant that hijacks vision in the name of togetherness; every decent-thinking person gets one. Most of the world’s physical architecture has been stripped bare to make room for blank screens upon which various news services may project their reality of the day for the dubious benefit of their subscribers.