Another Look at Sydney Horler 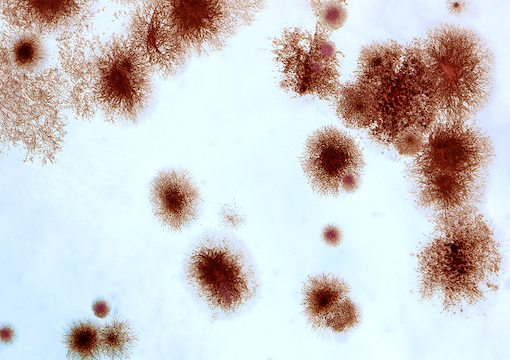 In my personal library there are two books with the title Virus X. They both envisage the elimination of humanity, or a large part of it, by a newly emerged pathogen.

One of them is by Frank Ryan, a physician and evolutionary biologist, and the other is by Sydney Horler, a British crime and espionage writer of the 1930s who was famous in his day but was once described as being among the worst writers in the genre.

Dr. Ryan, whose book was published in 1995, thought that a new virus might arise that would put paid to humanity once and for all, wipe it out in fact much as the Tasmanians and Feugians were once wiped out (mainly by infectious diseases that were new to them, having been brought to their islands from outside). What would it be like to be the very last human alive, as Benjamin in Hobart Zoo was the last surviving thylacine?

“One notable feature of Virus X is that it is strongly anti-anti-Semitic.”

Of course, the elimination of humanity would please the more radical members of the ecological movement, who worship the surface of the earth in true pagan fashion, as if it were a living organism. They go further than Susan Sontag, who contented herself with saying that “The white race is the cancer of human history; it is the white race and it alone—its ideologies and inventions—which eradicates autonomous civilizations wherever it spreads, which has upset the ecological balance of the planet, which now threatens the very existence of life itself.” (Surely this was an odd thing for someone who was against the use of illness as metaphor to have said?) Sontag was rooting only for genocide; the radical ecologists hope for the extinction of the entire species of which they are members. The number of young people is growing who say they do not want to have children because of the damage that humans do to the environment. But whether that environment has any moral value other than the one that humans put on it is doubtful.

Sydney Horler’s Virus X is not strictly a virus at all, but a bacterium. He published his book in 1945, when perhaps the distinction between the two was not as firmly established in the public mind as it is now. The plot is preposterous and not very well constructed; it involves Horler’s favorite villain, Dr. Paul Vivanti, a prominent neurologist of enormous intelligence who practices on Harley Street in London but hates Britain passionately.

The action takes place just before the Second World War. Vivanti is an accomplished laboratory bacteriologist as well as a neurologist, and has developed a bacterium so deadly that once introduced into a population, it will rapidly kill it off. There is no protection against it except complete isolation. Vivanti takes his bacterium to Germany in 1937 and offers it to Hitler for use against Britain—at a price, for not even his malevolence is disinterested. At the last moment, he is thwarted by a brave British agent called Peter Foyle who manages to strangle Vivanti in Berlin and to return to Britain with a vial of the offending bacterium in his pocket. At the least, Foyle has prevented Horler from writing any further books with Vivanti as the villain, at least any whose action supposedly takes place after 1937—unless Horler arranged a Sherlock Holmes-like resuscitation for him. But it is harder to envisage recovery after strangulation to death than after a tussle at the Reichenbach Falls.

Virus X is the only book by Horler that I have read (he wrote about 156), and it did not encourage me to read any of the others. Horler was so bad a writer that he is not included in the British Dictionary of National Biography, which has at least 60,000 entries, despite the fact that he was a best-seller and therefore a person of some consequence irrespective of the value of his work. You don’t have to be good to get into the Dictionary: Jack the Ripper is there, although no one except Patricia Cornwell knows who he was, and so is Dr. Shipman, the doctor who is thought to have killed 200 of his patients with heroin.

But Horler is included in Wikipedia, though even the “tribute” site devoted to his work to which the Wikipedia entry directs you makes no great claims for him as a writer. Our attention is drawn in the entry to Horler’s political and social prejudices. He doesn’t really hold with foreigners in general and is deeply anti-Semitic. “Not even the rise of Nazism made any change to Horler’s anti-semitism,” says the entry.

I cannot speak for the rest of Horler’s oeuvre, which I have not read and never will read, but one notable feature of Virus X (which was copyrighted in 1944 and published in 1945) is that it is strongly anti-anti-Semitic. Many times in the book the Nazis are denounced for their anti-Semitism. When Vivanti tries to convince Hitler of the efficacy of his new pathogen, he suggests a trial on Jews in concentration camps, and duly carries it out with a resultant 300 deaths: a death rate of 100 percent of those exposed. There is no suggestion that Horler finds this other than wicked and appalling.

Virus X was copyrighted in 1944 and was probably written in that year: Horler wrote very fast, as is evident from his style and the number of books he published. Although by 1944 the depth and ferocity of Nazi anti-Semitism was known, the scale of it was not fully appreciated by the general public, and the use of “medical” experimentation on those deemed expendable by the Nazis was not yet appreciated. Dr. Mengele was not yet a household name or a byword for such experimentation. Horler, then, was in advance of the general public in this respect, presumably more by intuition than from any particular knowledge.

Was Horler expiating his sins? Did he feel guilty for all that he had said before? Was he aware that anti-Semitism would become more or less impermissible after the war was over? Was he merely defending or protecting himself in advance, establishing that he was not a bad person after all, or was he sincere? All I can say, on the basis of having once read Virus X, is that Wikipedia’s bald statement, that Not even the rise of Nazism made any change to Horler’s anti-semitism, is not the whole truth.