Another Version of History 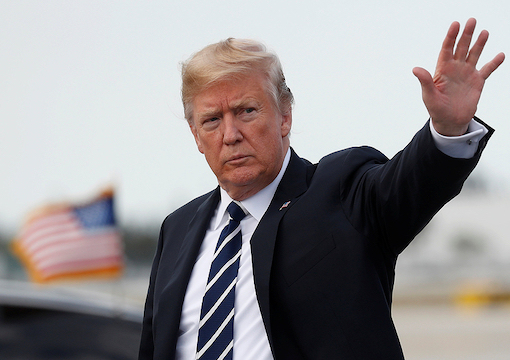 NEW YORK—There are times while living in this here dump of New York when I doubt if anyone’s heard of the word magnanimity. By the looks of it, no one among the left-wing media circles has. That egregious Amanpour woman called Trump a Hitler on CNN after the election, which reminds me: During my dinner’s drunken aftermath, I noticed a man in my house who hardly bothered to greet me as host, one James Rubin, a vulgar American who is or was married to that rather unattractive Iranian Amanpour. If Trump is Hitler, those two are Bonnie and Clyde. And I never did find out who invited that bum to my house, but someone obviously did.

But back to magnanimity, or lack of, after Biden’s extremely narrow win. The idea put forth by the Bagel Times, The Washington Post, and CNN—the three major sinners—that nothing has changed in this country since the 1960s as far as race is concerned is so patently absurd, it rivals the left’s claims that the 73 million who voted for The Donald are all white supremacists. Although Biden to his credit has made the right noises, the Trump-hating media seeks revenge, which in turn splits the country further than it already is. I don’t wish to soil these here elegant pages by naming the American hacks who write such rubbish; suffice it to say they’re one and the same as the wanker who got caught wanking during an editorial meeting of the New Yorker magazine. One such lowlife writes that the long-running class and cultural wars in America are between the coastal elites and the aggrieved who resent and despise them. Not surprisingly, it is exactly right, but the other way round. It is the bicoastal elites who look down upon, condescend to, and detest those working-class suckers who believe in their country and their church and their traditions.

“So what is to be done? Smile and take it, I guess, although it’s not my style.”

Furthermore, although it is now clear that voting by post did for Biden what Chicago’s Mayor Daley did for JFK back in 1960, a clown who used to review plays for the Bagel Times writes in a quasi-porn magazine that discrimination on the basis of race helped Florida go for Trump. (How do they think these things up?) They have no shame and the last thing on their mind is to unite the country.

All this follows a pattern, starting with what’s taught in America nowadays—that speech the lefties dislike is itself violence, but when violence is directed against those speakers it is free expression. Where in hell is Kafka now that we need him? The left-wing media follows in goose step when it insists that left-wing riots are peaceful protests, as when a Bagel Times columnist went to Portland during a bloody riot and demanded to know “what riot?”

And yet magnanimity in victory is very important, and we have Versailles in 1919 to thank for it. Imagine the millions who would not have died and even more millions who would not have suffered if that buffoon Woodrow Wilson and the fat Clemenceau had not insisted on cruelly punishing the Germans. Never mind, we’ll just have to get used to the fact that we are bigoted, greedy, and somewhat stupid white people and get on with it as the Bidenites take over and reinvent America and the world.

History is always being rewritten by those who figure to benefit from the rewrite, and the American Founding Fathers are the latest cancellations. In a way these cancelers remind me of the most violent English Puritans who desecrated the churches and smashed the carved faces of saints. The rage against the Founders of the Republic leads me to believe there is money to be made by somebody, and it’s called reparations. The French used to say “Cherchez la femme,” after a mysterious disappearance. In America today it’s “Look for the moola.”

At yet another dinner on Saturday in Brooklyn, I found myself surrounded by five virulent anti-Trumpists. My only asset was that I had brought the wine, and threatened to leave with it unless they quieted down. But if friends can be as intolerant as they were that night, it is not surprising how Team Trump was stymied from the start by the deep state. There were obstructive probes, manufactured scandals, and the Russian collusion hoax that dominated the news from day one. We backwoods yahoos who backed The Donald never had a chance. I remember sitting on my sailing boat and being harangued to death by Bob Geldof because I liked Trump and thought Galtieri’s uniforms were excelsior. (I didn’t dare mention that Wehrmacht uniforms were even better.)

So what is to be done? Smile and take it, I guess, although it’s not my style. These leftists are destroying this country by rewriting history, just like Lenin did in Russia and Mao in China. You rewrite the past, brainwash the young, and demonize religion and faith, and presto. Not that Uncle Sam is about to become another Russia or China. Not right away, anyway. But when institutions such as the mainstream media, entertainment, higher education, and major corporations go along with Bernie Sanders’ type of crap, sooner rather than later the country will go that way. The culture war is total war, and we on the right are doing nothing to win it. The only good news this week is the appointment of Jeffrey Toobin, the man caught masturbating on Zoom during a New Yorker magazine editorial meeting, who has been hired by The New York Times as a special assistant to the owner.