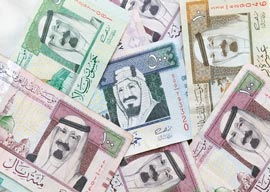 I have signed an affidavit for a hearing this week in the High Court stating that Janan Harb was to my knowledge married to Fahd of Saudi Arabia, who later became head of that ghastly country until he ate himself to death. Abdul Aziz, Fahd’s youngest son, a fat playboy who drifts around the world with an entourage of 150 bootlickers, is challenging Janan’s claims, and in the immortal words of Mandy Rice-Davies, “He would, wouldn’t he?” Saudi camel drivers–turned–self-proclaimed royals do not like to pay for the mess they always leave behind their ample posteriors, and they definitely do not like to pay for their women. (I’ve often wondered if they really think women stay with them for their looks.) This Abdul Aziz bum is trying to swindle a decent lady who was married to his old man by claiming state immunity. Janan Harb is a British citizen who managed to avoid ending up in a Saudi harem, a harem being just another name for “enslaved women.” Yet when the last head towel died, Prince Charles was the first to genuflect in front of those uppity camel drivers, as was Obama and most European leaders. What is it with us? Are we so chickenshit cowardly that we cannot call a spade a spade? That’s why my hero of the week is my friend Julian Seymour, who correctly remonstrated with a ludicrous PR woman who had dragged two Qataris to the late Duke of Marlborough’s memorial service. Let’s stop kissing Gulf ass and read the riot act to these kleptocrats who are using the trillions that belong to their people to buy us out of everything we once owned and cherished.

“Let’s stop kissing Gulf ass and read the riot act to these kleptocrats.”

But it’s much worse than you think. Forget the enslavement of women, forget the rapes by the entourages of the so-called royal Saudi family, forget the torture and imprisonment of anyone disagreeing with them, forget that it was the desert satrapy of Qatar that bribed FIFA blind to gain the World Cup, forget the depravity of the Saud clan, forget the atrocity of bombing innocent people in Yemen. But do not forget that it is the Saudis and the Qataris who did and most likely continue to finance terror against the West. Here’s how it stacks up: Turkey, the Saudis, the Gulf satraps, and the Israelis are helping the barbarians of ISIS defeat the Syrian army. We in the West, blind as always and trembling in our boots not to be targeted by the Israeli lobby in D.C., do not dare change course and back Assad, the only man who protected Christians and other minorities in the once beautiful country of Syria. Turkey has 3,000 tanks, 1,000 aircraft, and an army of 500,000 only 60 miles from the so-called capital of ISIS, Raqqa, yet she won’t move an inch to help. (Only to attack the Kurds.) Israel, the only major superpower of the region, is helping the Nusra Front and other anti-Assad rebels, viewing them as anti-Iran. Uncle Sam, as usual, is scared shitless of the Likud propaganda machine that paints anyone in Washington not playing the Netanyahu game as a vicious anti-Semite. That’s over there and overseas.

Over here, some of our “banlieues” have turned into mirror images of horrid African homelands, with 30 million Muslims inside the EU. Forty percent of these Muslims in the U.K. alone would welcome Sharia law, i.e., stoning adulterers to death, chopping off limbs for stealing, and covering up women. And what are we doing about it? Easy. We are worried over the “relentless hostility towards Islam.”

Back in the Land of the Brainwashed and the Home of the Depraved, the Associated Press has banned the term “illegal immigrant.” America and Britain both lead in the suppression of free speech, and anyone who questions immigration is apt to be called a bigot and a racist. Since the Afghan war of the 1980s, Moscow has accused the U.S. of encouraging Islamic militants to fight Russia. We now know Russia was right, and that Afghan arms given to them by Uncle Sam were turned against NATO 20 years later. Even Hollywood got the message and made movies about it. But no one in Washington seems to get it. We’re now backing Ukraine, and that made-up country is importing Chechens to fight Russian separatists with calls of “Allahu Akbar.” Ditto in Bosnia, where Muslim militants are now seen as defenders against the Serb menace.

But don’t just take Taki’s word for it. There is full-scale war in Yemen, with the Saudi air force killing thousands of innocents but incapable of removing the Houthis from Sana’a, the capital. The Saudis couldn’t defeat Monaco in a war, yet keep buying our arms, hotels, resorts, racehorses, and country houses, and paying for the schools that brainwash the young against our values. Instead of warning them that if one more word is taught against us we shall overthrow their kleptocracy, we coddle them and allow them to corrupt our institutions. I am anxious to see how our justice system treats a British national, a woman, facing a Saudi who has so far managed to avoid appearing in any Western court. Will the High Court throw the book at him and force him to pay? We will know this week as Abdul will most likely hide behind his immunity and not show up. I’d assign her 50 million at least, plus a couple of houses that the old man had promised. It’s about time the Saudi gang paid up.