Are All Men Created Equal? 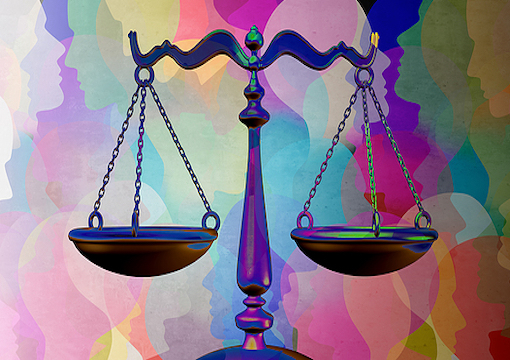 And what is the defining dogma of the political religion, or ideology, of America in 2022?

Is it not that, “All men are created equal”?

“What we witness today is the refusal of true believers in egalitarian ideology to accept that their core doctrine may not only not be true, but may be demonstrably false.”

Yet, as with every religion, a basic question needs first to be asked and answered about this defining dogma of liberal ideology.

All Americans, we agree, have the same God-given rights to “life, liberty and the pursuit of happiness,” the same constitutional rights in the Bill of Rights, and the same civil rights, enshrined in federal law.

But where is the historic, scientific or empirical proof of the defining dogma of American democracy that “all men are created equal”?

Thomas Jefferson, the statesman who immortalized the words, did not believe in equality, let alone equity. How he lived his life testifies to this disbelief.

When he wrote the Declaration of Independence that contained the famous words, Jefferson was a slave owner. In that document, he speaks of the British as “brethren” connected to us by “ties of our common kindred,” ties of blood.

But not all of those fighting against us were the equals of the British.

There were, Jefferson wrote, those “merciless Indian Savages, whose known rule of warfare, is an undistinguished destruction of all ages, sexes and conditions.”

In an 1815 letter to John Adams, Jefferson celebrated “a natural aristocracy among men. The grounds of this are virtue and talents … The natural aristocracy I consider as the most precious gift of nature for the instruction, the trusts, and government of society.”

Jefferson was an aristocrat, not a democrat.

Abraham Lincoln opposed slavery but did not believe in racial or social equality. Though he cited Jefferson’s “all men are created equal” at Gettysburg, he had conceded in an 1858 debate with Stephen Douglas that, “We cannot, then, make them equals,” adding that the white race in America should retain the superior position.

With the Brown v. Board of Education decision desegregating public schools in 1954, and the civil rights acts of 1964, 1965 and 1968, a national effort was undertaken to bring about the social and political equality that Jefferson’s words of 1776 seemed to promise but failed to deliver.

Yet, over half a century after the civil rights revolution, incomes and wealth are not equal. Nor is there equal representation in professions like law, medicine and higher education.

President Joe Biden’s people have pledged to Black America that they will mandate and deliver that equality of results. If equity does not now exist, the Biden administration will impose it.

The remedy is also clear. As Ibram X. Kendi, author of “How to Be an Antiracist,” told The New York Times‘ Ezra Klein: “Racist policies are defined as any policy that leads to racial inequity … intent of the policymaker doesn’t matter. It’s all about the fundamental outcome.”

If Asian and black kids start kindergarten in the same class, and Asian kids in 12th grade are studying calculus while most black kids are still trying to master algebra, racism alone, by Kendi’s rule, can explain such a regular result.

The solution to persistent inequality?

But what if inequalities have another explanation?

What if Asian Americans are naturally superior in mathematics?

What if an inequity of rewards in society is predominantly a result of an inequality of talents and abilities?

What if it is more true to say that, based on human experience, no two men were ever created equal, than to say all men are created equal?

What we witness today is the refusal of true believers in egalitarian ideology to accept that their core doctrine may not only not be true, but may be demonstrably false.

What we are witnessing in America is how true believers behave when they realize the church at which they worship has been erected on a bright shining lie and reality must inevitably bring it crashing down.