Are the Bells Tolling for Amy, Liz & Joe? 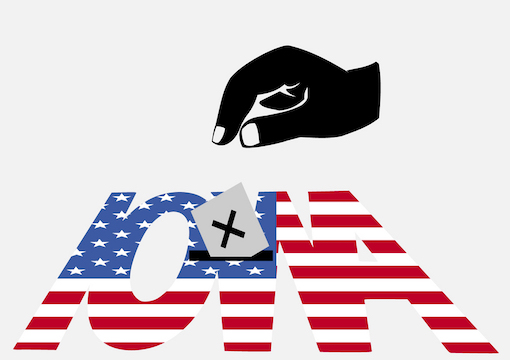 By the end of February, the race for the Democratic nomination may have come down to a choice of one of three white men.

How is it possible, if not probable, that Bernie Sanders, Michael Bloomberg and Pete Buttigieg will be the last three Democrats standing?

Consider what the Iowa caucuses produced — after the Democrats figured out how to count votes.

Sanders won the popular vote on both the first and second ballots. As of Thursday, with 547 state delegates, he was only three shy of Buttigieg’s total. And the caucus yet to report is in Sanders country.

By week’s end, Sanders could be the declared winner of Iowa. And though he was denied the bounce he would have gotten if that news had been posted Monday night, Sanders raised $25 million in January and is running a clear first in the latest New Hampshire polls.

If Sanders, with cash on hand unmatched by any rival, save billionaire Bloomberg, wins the Granite State, he becomes the progressives’ champion over rival Elizabeth Warren and is in the race all the way to the convention.

Consider the prospects of Mayor Pete.

“By the end of February, the race for the Democratic nomination may have come down to a choice of one of three white men.”

Even before the first returns were reported in Iowa, he declared his campaign “victorious” and left for New Hampshire. By Wednesday, after two-thirds of the ballots had been counted, he appeared to have won the battle for delegates.

If the trends do not change and polls do not shift over the weekend, former Vice President Joe Biden appears headed for another “gut punch” like the one he says he suffered in Iowa.

And Biden may not get up off the canvas after this one.

Thursday, the Boston Globe/Suffolk and WHDH/Emerson polls both showed Sanders beating Biden like a drum, better than two-to-one.

Moreover, Biden’s fundraising has fallen off, and it is unlikely major donors are going to send cash to a candidate who just ran fourth in Iowa and could run fourth or fifth in New Hampshire.

Now, consider Klobuchar. As a senator from Minnesota, she was expected to do well, indeed, her personal best, in the neighboring state of Iowa. She ran fifth. And though she has the endorsement of the leading newspaper in New Hampshire, the Union-Leader, she, too, is trailing Sanders in the latest polls by more than three-to-one.

If Klobuchar runs fifth in Iowa and third, fourth or fifth in New Hampshire, in what state does she win her first primary? And as her fundraising has never matched that of the front-runners, where does she get the money to match Sanders or Bloomberg on Super Tuesday, now just three weeks off?

Klobuchar is now in the second tier in New Hampshire, behind Sanders and Buttigieg, but right alongside Biden and Warren. A third-, fourth- or fifth-place finish would be near-fatal for them all.

Sanders beat Warren in Iowa, raised far more money in January than she did, and is now beating her two-and-three-to one in the New Hampshire polls.

So, again, the same question is raised. In what state does Elizabeth Warren beat her progressive rival?

There are two more lingering questions.

If Biden is thrashed in New Hampshire on Tuesday, as he was in Iowa, does he remain viable in South Carolina, where he was so strong before the New Year?

Will African American voters in South Carolina stick by Biden and his claim to be “the most electable” Democrat if he has been floored twice by Sanders and by Buttigieg, and can’t seem to win within his own party?

What I wrote before Iowa seems even more true today:

“If Bernie can beat Biden two or three times in the first four primary states in February, the last remaining roadblock on Bernie’s path to the nomination could be Mike Bloomberg’s billions.”

The Socialist vs. The Billionaire. Could either really beat The Donald?