Are Jews Losing Control of the Media? 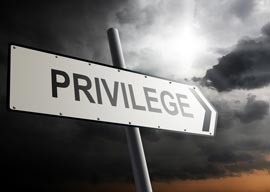 I never paid much attention to the growing BDS movement because I”m not into bondage, domination, and submission. But it turns out that BDS is actually a decade-old Palestinian rights movement that targets Israel for boycott, divestment, and sanctions. These are the same tools that student protestors, such as Barack Obama, demanded be implemented against white rule in South Africa in the 1980s.

That worked out well for Obama (although not so well for the Boers).

While fairly mainstream in other parts of the world (for example, physicist Stephen Hawking boycotted a conference in Israel to protest occupation of the West Bank), BDS hasn”t yet become respectable in the United States. The main exception has been in the playpen of student government on California college campuses, where the much-celebrated diversity has proven fertile ground for undergraduate demagogues. So far, BDS resolutions have been passed by eight student governments, Loyola of Chicago and seven California schools: private Stanford and a half dozen public University of California campuses, including Berkeley and UCLA, both of which are of symbolic importance. (Tellingly, a BDS resolution was defeated at UC Santa Barbara, which has the whitest UC student body at 36 percent.)

In California, the state with the largest number and greatest diversity of newcomers, immigration is destabilizing the American order in which Jews have thrived.

In recent months, Jewish centrists such as journalists Jonathan Chait and Jamie Kirchick have become increasingly alarmed over whether the Obama Coalition’s identity politics jihad against white privilege, male privilege, straight privilege, and now even cisgender privilege will eventually turn against the privileges of the single richest and most influential ethnic group in America: Jews.

Until the last three years, California’s two most important industries, Hollywood and Silicon Valley, were largely immune to the diversity demands pervasive in the rest of the American economy. Since the 1990s Jesse Jackson had tried his usual shake down routine on Silicon Valley with little to pay for it. Entertainment and high tech were simply too Democratic and too important to America’s balance of trade to allow them to be undermined by quotas.

“It’s uncomfortable for liberal Jews to admit that the massive immigration they”ve backed so viscerally is destabilizing the America in which they”ve attained such a central role.”

But the basic logic of Social Justice Warfare has brought both Hollywood and Silicon Valley under attack by SJWs, which likely won”t be good for the Jews. For example, Amy Pascal was fired as head of Sony Pictures Entertainment after an email hack revealed that she had exchanged mild banter with producer Scott Rudin about Obama’s presumed taste in movies.

A minor incident of UCLA student council politics epitomizes growing Jewish anxieties over whether the fringe leftist resentments cynically unleashed by the Obama campaign in 2012 against core Americans will remain manageable, or will eventually be bad for the Jews.

Passage of BDS resolutions at Berkeley and, especially, UCLA has proven disturbing to moderate Jews.

This is because Berkeley is where, more than anywhere else, the Sixties started with the Free Speech Movement of 1964. These days, Berkeley, which is now majority Asian among freshmen (whites make up 25 percent of the entering class), is less political and more careerist. But its defection to the BDS side remains an alarming emblem for Jewish Baby Boomer liberals because something is happening here, but they don”t know what it is, do they?

UCLA is located near Beverly Hills at the heart of what had long ranked behind only New York City as the largest and richest Jewish community in the world. In the early 1960s, UCLA student politics has been the launching pad for Democratic Congressmen Henry Waxman and Howard Berman, who were strong supporters of Israel over their aggregate of 70 years in the House.

But even with a major influx of Israeli, Persian, and Eastern European Jews (along with numerous Russians and Ukrainians of ambiguous ancestry) into the Hollywood Hills region, Jewish influence on the UCLA campus has waned since the Waxman-Berman glory days. After all, only 27 percent of UCLA entering freshmen officially identify as white, so that doesn”t leave Jewish students much room on a campus obsessed with identity politics, even one as long identified with Jewish success as UCLA.

UCLA student politics was already becoming like that when I earned an MBA at UCLA in 1980-82, and the almost random conflicts between California’s countless ethnic groups have only intensified since then. A friend who was at UCLA around 2000 says that in his day the big student government war was Mexicans v. Armenians. I know a current UCLA student politician, and the tribal passions elicited by these student elections are stunning.

You may be wondering if student government resolutions are of any real world importance. After all, UCLA chancellor Gene Block, a former Borscht Belt pianist, is hardly in a hurry to insult many of his biggest donors, such as entertainment mogul David Geffen, who has given over $300 million to UCLA’s David Geffen School of Medicine. (I met Geffen in 1981 when he came to speak at UCLA. A junior college dropout, Geffen had been hired at the William Morris Agency in 1964 by claiming to be a UCLA graduate. He came in to work in the mailroom early for six months to make sure to intercept the letter from the UCLA registrar exposing his fraud, and forged a better one.)

But in 1981, the Boers probably scoffed at American campus blowhards, such as the young Obama, who delivered his first political speech at Los Angeles’s Occidental College in favor of using BDS against Pretoria.

Plus, it’s fun to fight your enemies, no matter how trivial the stakes. So Jewish organizations put up a terrific battle at UCLA last fall against the BDS resolution, collecting money from outside funders such as Israeli-American real estate tycoon Adam Milstein.

The previous spring, Sikh Sunny Singh had run for UCLA student government president on the issue of making the “campus climate” more comfortable. Now you may think the weather at UCLA is pretty pleasant already, but “campus climate” and “comfort” are code words for competitive complaining about the white male power structure. However, Devin Murphy narrowly won by arguing that Singh was biased because he had accepted a free trip to Israel from the Anti-Defamation League.

As an Afro-Cuban queer male, the toll that the stresses of this campus has had on my mental, physical and emotional health is nothing any student should ever have to go through “ but this is unfortunately something with which many students of color deal.

Murphy was automatically succeeded by the vice president Avinoam Baral.

Still, the pro-BDS student council members had the votes to pass their anti-Israel resolution, much to the frustration of the new president, who declared:

I just want to reflect as the only person on this council who is actually invested in this conversation in the sense that I am an Israeli citizen and that I was born in Israel 21 years ago … Do not ever, ever frame this conflict as an indigenous versus non-indigenous [issue], and I don’t care where you stand on this issue because when you frame this issue in that way you’re saying that I don’t actually matter, that I don’t have a place in my homeland, and I would never, ever take that from anybody. …

Baral was just getting warmed up:

Come on, Avinoam, tell us how you really feel.