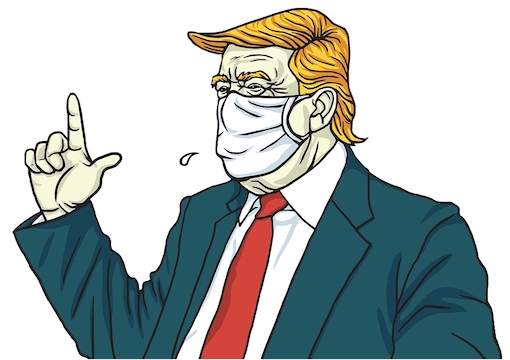 Reason is, and ought to be, the slave of the passions, said David Hume, but by adding “ought to be,” I think he spoiled his argument, which was that, in the last analysis, moral judgment is not a matter of rationality. After all, what cannot be otherwise than it is, is not a proper subject of moral judgment. We do not say that two and two ought to make four; they just do make four.

Be that as it may, it is undeniable that some people are inclined to argue about human affairs only on the grounds of their passion. Recently, I experienced a good example of this phenomenon. Two Frenchmen of my acquaintance were discussing an article by Bernard-Henri Lévy, the famous French public intellectual, that had just appeared in the weekly magazine Le Point.

In this article, Lévy, or BHL as he is usually known, pointed out the difference between our response to the COVID-19 epidemic, and that of the Asian and Hong Kong flus of 1957 and 1968, respectively. These two epidemics were more serious, both relatively and absolutely, than COVID-19: They killed a larger absolute number of people in a world population that was much smaller than the present one. (The author prudently admits that, since the COVID-19 epidemic is not yet over, we do not know how many people it will kill in the end.)

Furthermore, reports at the time recorded scenes from hospitals as disturbing as any in the world today. Many people in those days choked or bled to death as a result of the infection. And yet the world economy was not closed down, there was no confinement of whole populations, and life went on normally through the epidemics, which are estimated to have killed 2 and 1 million people, respectively. The newspapers did not stop reporting on other matters as if the epidemics had rendered everything else trivial or of no consequence. To the contrary, the epidemics were only one thing among many others. Significantly, these epidemics have passed entirely from popular memory. At best, for those old enough, they ring a faint bell in the long corridors of their memory.

“You have only to associate an idea, however loosely, with Mr. Trump for that idea to be discredited.”

Lévy says the contrast between then and now reveals both something positive and something negative about the contemporary world. The positive is that we are no longer prepared to accept hecatombs of deaths as merely natural events about which we can do very little. This is because the moral value placed on an individual’s life is much greater now than it was then, and this represents a moral advance. A single death is a tragedy, said Stalin, a million deaths are a statistic. No more: A single death is a tragedy, and a million deaths are a million tragedies.

On the other hand, says Lévy, our new sensitivity, or sensibility, means that we are prone to panic and, even worse, blindness to the consequences of our reactions, or overreactions, to a crisis. So awful does the loss of lives appear to us that we will do anything to avoid it, even those things that will cause enormous problems later on, problems that will have health consequences in themselves. We are not able properly to balance advantages and disadvantages. The French liberal economist Bastiat pointed to the problem more than a century and a half ago. Any action or policy has easily seen consequences, but it also has consequences that are unseen and may be even greater, which are then ignored unless they are deliberately thought about.

I am not in a position without further research to say whether Lévy’s depiction of the newspapers at the time of the Asian and Hong Kong flus was fair or accurate, but let us for the sake of argument say that it was. My two French acquaintances were not, in any case, better able than I to say whether or not they were when they discussed the article. It was the reaction of one of them that intrigued me.

Again, I am not concerned with whether Lévy’s arguments are in fact in accord with President Trump’s views. I don’t think I have ever heard President Trump argue anything with Lévy’s coherence, but that is beside my point. What intrigued me was the assumption on the part of the person who said, “He’s playing Trump’s game,” that this was in itself a sufficient refutation of what Lévy wrote. This is the more recent incarnation of the argumentum ad Hitlerum, that if an opinion can in some way be made to resemble Hitler’s ideas, if only by taking it to its logical conclusion, then no further refutation of it is necessary. It stands refuted.

Instead of the argumentum ad Hitlerum, we now have the argumentum ad Trumpum (if that is correct Latin). In other words, you have only to associate an idea, however loosely, with Mr. Trump for that idea to be discredited.

Now, I should here point out that the discussion I have referred to was not between two barflies exchanging drunken absurdities until they fell off their stools, but between two highly educated men who probably fall into the upper 2 percent of the population as far as both intelligence and training are concerned. And it was clear to me that one of them was arguing not with his brain but with his viscera. He so hated Mr. Trump that anything that could be remotely imputed to him rendered it completely unworthy of further mental consideration.

I doubt very much whether there was any other contemporary leader in the world who would have a similar effect on his method of argumentation. If I had said to him that I do not believe that addiction is an illness in the same sense that Parkinson’s disease is an illness, he would not at once have replied to me, “But you are playing Duterte’s game.” Admittedly, the President of the Philippines is not as important a world figure as the President of the United States, the second-most powerful man in the world. But when it comes to moral bizarrerie, not even his most violent detractors would claim that Mr. Trump was in Mr. Duterte’s league.

In the meantime, I suspect that victory over the virus will be proclaimed sooner than we have been led to believe, so that politicians may reconcile the need to protect the public health with that to restart the economy.