Arriving Late to the HBD Party 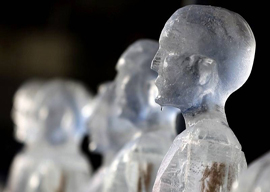 An occasional point of discussion among us commentators on the dissident right is the degree to which our stuff is read by respectable pundits seeking inspiration. Steve Sailer, for example, is convinced that David Brooks is a regular reader of Steve’s blog. Others among us are dubious.

I used to be with the dubious. As it happens, I once shared a speaking platform with David Brooks. He treated me as if I had been dusted with plutonium; and this was before my defenestration from National Review. Opinion-respectability-wise, Brooks is the Victorian lady who referred to her piano’s legs as “limbs.” Brooks reading iSteve is about as imaginable as Eleanor Roosevelt pole-dancing.

Now I’m a tad less skeptical. Perhaps other pundits, including even bigfoots such as David Brooks, do read us.

What dented my skepticism? Listen.

On January 9th”note the date, please”I posted a piece titled “Is HBD Over?“ on another Web magazine. I wondered whether HBD”which is to say Human Biodiversity, the topic of biological factors in the differences between human beings and human races”belongs to that sad category of notions that are correct too soon.

Three days after that, the leftist webzine Daily Kos posted a long (1,400 words) piece under the title “Racism has a new name: HBD.” This wasn’t the first mention of HBD on Daily Kos, but it was the first in nearly three years, to the best of my Googling ability. (The searching was much confused by the fact that “HBD” is apparently an abbreviation for “Happy Birthday,” which I did not know until ten minutes ago.) The nub of the Daily Kos thing was that people interested in HBD are wicked.

Five days after that, the blog NextLevelUp ran an even longer (1,900 words) guest piece titled The Truth behind the HBD cult prt 1. NextLevelUp is a “game” blog telling young men how to improve their appeal to the opposite sex. The guest blogger was identified as “T.” He is the proprietor of a different blog, The Rawness, subtitled “human nature and sexual politics.” The nub of this one was that fans of “game” blogs should beware of websites promoting HBD (which has some overlap with “game”), because people interested in HBD are sick.

So you can see why there’s a dent in my skepticism. Perhaps respectable bloggers and establishment columnists really are listening.

So what do they have to say, these keen observers of the social scene who have just recently”possibly because of me”noticed HBD?

Not much. The Daily Kos piece is just content-free point-‘n’-sputter. Sample:

They know everything about the statistical analyses, but the differences between Asian styles of thinking and Western styles of thinking are beyond their ken; their cultural backgrounds are so narrow that they simply cannot conceive the notion that other people can think in ways unlike their own and still be intelligent.