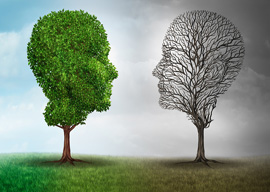 We should all like to know why some people become terrorists, other than for the most obvious reason: that to kill, maim, and destroy, supposedly for a good cause or some allegedly higher purpose, is a delight to a certain kind of person, worth even dying for. In addition, I doubt that there are many more self-important people than terrorists.

You might think that psychiatry and psychiatrists would be able to shed some light on the matter, but this is itself a manifestation of a modern superstition, namely that human self-understanding has made great strides pari passu with technical advances such as brain scans and a knowledge of neurochemistry. In fact, we have not advanced beyond Alexander Pope’s description of Man as “the glory, jest and riddle of the world.” I suspect that we never shall get much further, and in my heart I hope so, too. For how boring it would be if we could understand ourselves! Fortunately, we don”t even really understand what self-understanding would be.

In the latest edition of The British Journal of Psychiatry, there are two papers about sympathy for terrorism and the relationship between extremism, religion, and psychiatric morbidity. We all know what kind of terrorism and extremism the authors are thinking of, but the title of neither paper mentions it. We now walk permanently on eggshells.

One cannot help but admire the industry of the researchers: full marks for effort, as my teachers used to say before they derided the results of that effort. Intuition probably gives a better insight into reality than research like this.

The authors of the two papers conducted surveys of young people, trying to correlate various demographic characteristics with symptoms of depression and sympathy for terrorism and extremist views. There are, of course, intrinsic problems with such research. As recent preelection polls have demonstrated, people may not reveal their true feelings or intentions to those who ask them questions. In this instance, it is intuitively more likely that respondents disguised the strength of their sympathies for terrorism than that they exaggerated them; but of course, sympathies or opinions do not automatically translate into actions. I sympathize strongly with the victims of crime, and feel that our present system of punishment is too lax, but I do nothing about it except grumble at dinner parties.

In order to arrive at their conclusions, the authors have conducted extensive statistical manipulations on their data, which I cannot understand (and which I suspect that some of them cannot understand either”statisticians being to modern medical research what accountants are to publishing). Here is one paragraph explaining their methods:

For descriptive purposes, weighted absolute and relative frequencies were reported for binary/polytomous variables and weighted means and standard deviations for variables on interval/ratio level. We ran weighted survey commands for logistic regression models with binary outcomes.

This is not mere gobbledygook, as used by managers, for example; but I suspect that for the majority of the readers of the journal, it might just as well have been.

One might have hoped that, after all the sophisticated statistical manipulations, startling conclusions might have emerged. To the contrary, they were as dull as the annual accounts of a local chess club:

Independent of SVPT [Sympathies for Violent Protest and Terrorism] with depressive symptoms, some expressions of social connectedness (measured as life events and political engagement) are associated with a lower risk of SVPT.

Men at risk of depression may experience protection from strong cultural or religious identity. Antisocial behaviour increases with extremism. Religion is protective but may determine targets of violence following radicalisation.