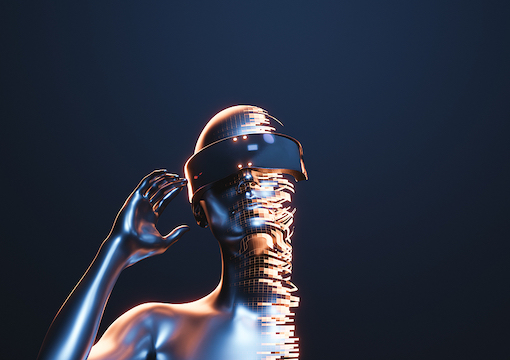 For all of us who scribble for publication, at however low a level, all activities other than writing take on at most a secondary importance. Even meals, necessary as they no doubt are, can come to seem unwanted interruptions of the real business of life, which is writing. We are apt to forget that reading in general, and of our work in particular, is not of the same importance to 99.99 percent of the population, including that part of it that has great power over our lives, as it is to us. It is a humbling thought (humbling, that is, for scribblers) that in many small towns it is easier to find an electronic cigarette or have oneself tattooed than to buy a book.

And now comes another blow to our self-esteem, that mental characteristic that is the most fundamental of all modern human rights. My fellow scribbler in this august journal, Mr. Charles Norman, alerted me recently to a site that, through artificial intelligence, will produce a coherent and even cogent short essay on almost any subject. He illustrated the site’s powers by requesting of it a Marxist-Leninist critique of Winnie-the-Pooh, citing the work of the late Marxist historian and ferocious snob Eric Hobsbawm. The resulting paragraphs, generated in a matter of seconds, were better written than many a contemporary PhD student could manage, and in fact approximated what I myself would have written if I had been asked to produce something on the same subject.

I then tried a Marxist analysis of Lewis Carroll’s “The Walrus and the Carpenter.” With true Marxist lack of humor, the answer came back almost instantaneously that, among other things, the oysters in the poem suffered from false consciousness, insofar as they were duped by the Walrus and the Carpenter to go for a walk with them in the belief that their exploiters meant well by them.

“Could it be that writers will one day be as redundant as, say, wheelwrights or town criers?”

I could not resist asking the site for a critique of my own good self, and in a matter of seconds I had what I thought was a perfectly reasonable, though ultimately mistaken (of course), criticism of my work, namely that it was founded on impression and anecdote rather than on serious statistical research. I use stereotypes, and it is impossible to tell whether or not the stories that I tell are true. These are precisely the criticisms that I would make myself were I to criticize my work from the outside, so to speak. The fact that I can defend myself from these criticisms is neither here nor there: The astonishing, and slightly alarming, thing is that the AI site should be able to generate a perfectly reasonable criticism, expressed clearly, concisely, and coherently, in a matter of seconds. Elegance and wit are missing from it, but perhaps (no, almost certainly) they will be possible one day, added like salt or pepper to a dish, according to whether or not the framer of the question wants them added.

Being astonished is not the same as being pleased, however. Could it be that writers will one day be as redundant as, say, wheelwrights or town criers? And then, thinking about the question from the purely selfish point of view, what would I do instead? For the moment I can console myself that no mere computer can equal my style, but we are as yet in the infancy of artificial intelligence.

Redundancy will not be the fate of writers alone: Painters, opera singers, pianists, doctors, in fact everyone, will be redundant, just as Isaac Asimov once predicted. All that will be left to us is to distract ourselves as best we can; but when distraction becomes the whole business of life, boredom of a special kind results.

I have long thought that entertainment, or rather the ubiquity of entertainment, is one of the greatest causes of boredom in the modern world. And boredom is itself a much underestimated state of mind in the production of human misconduct and therefore of misery.

The reason that too great a proportion of entertainment in a person’s life leads to boredom (though it is not easy always to decide whether the chicken of boredom comes before the egg of entertainment) is that reality can rarely complete with it for raw stimulation and excitement. Reality, the real world, moves very slowly by comparison with the world as depicted in entertainment, but people for the moment have still to enter the real world from time to time; they cannot lead wholly virtual lives.

When they enter the real world, therefore, they find it dull and boring by comparison with their entertainments; it takes mental discipline and training to find the real world of interest in an age of distraction.

My patients often asked me how they could find themselves, always on the assumption that what was there to be found was like the Cullinan Diamond, that is to say of inestimable value; to which I replied that it was much more important for them to be able to lose themselves, that is lose themselves in an active interest that engaged their mind. The problem with my sage advice was that I could never find an answer to the question that they asked, naturally enough after I had given the advice, namely “How do I do that?”

If someone has reached adulthood without having developed the kind of interest that I advised, can he then develop it on prescription, because he thinks it would do him good? There is a slight analogy here with religious faith: It is all very well saying, as many do, that religious belief is consolatory and has beneficial effects both individually and socially, but if you cannot give assent to its doctrines, these benefits are all beside the point. Religion observed only for its psychological or social benefits and not for its truths cannot survive for very long. Its benefits rely upon belief that its doctrines are true.

Here it is time to take cognizance of what artificial intelligence says about me: His [i.e., my] views can be seen as simplistic and lacking in nuance.

When, however, I change the word “critique” of my work to “strengths,” I read “He is known for his clear and engaging writing style…and has a wide range of interests [that] gives him a unique perspective.”

As yet, it takes human intelligence, as I hope it always will, to decide which of these assessments is the more pertinent.