As the Boomers Head for the Barn 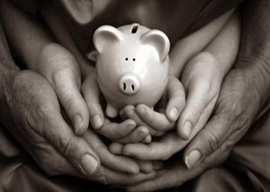 When the April figures on unemployment were released May 4, they were more than disappointing. They were deeply disturbing.

While the unemployment rate had fallen from 8.2 percent to 8.1 percent, 342,000 workers had stopped looking for work. They had just dropped out of the labor market.

Only 63.6 percent of the U.S. working age population is now in the labor force, the lowest level since December 1981.

During the Reagan, Bush I and Clinton years, participation in the labor force rose steadily to a record 67 percent. The plunge since has been almost uninterrupted.

Here is a major cause of the economic malaise of the 21st century, a condition over which a president has little control. A shrinking share of our population is carrying an ever-expanding army of dependents.

If this were a result of American women going home to have kids, that would be, as it was after World War II, a manifestation of national vigor and health.

But that is not the case here.

“Our labor force is shrinking, the number of dependent U.S. adults is growing, our social programs are failing, and our best educated and most productive generation is retiring.”

Why are Americans dropping out?

Some have given up looking for jobs in towns they grew up in, because the jobs are gone and not coming back, and they don’t want to leave. Some are rejecting the low-wage unskilled work being offered, because the alternative—unemployment checks and federal and state welfare—is not all that torturous.

With some, the work incentive was never implanted. With others, the option of moving back in with the parents is not all that terrible.

America, it seems, is becoming less like the country we grew up in, in its attitudes about work and idleness, and more like Europe.

Whatever its causes, this social and economic torpor that seems beyond the capacity of presidents to correct or cure is a dark cloud over the hopes of Barack Obama for a second term.

And yet another ominous cloud, no longer on the far horizon, is now directly above: the impending departure from the labor force of 70 million baby boomers in the next two decades.