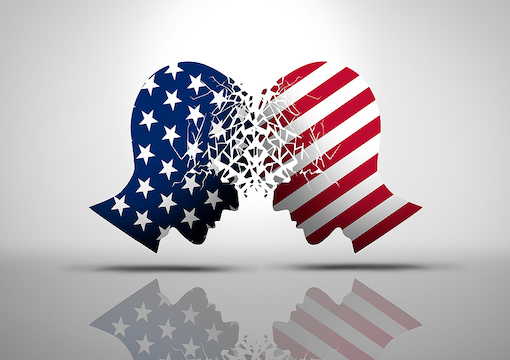 With the Amy Coney Barrett hearings in full swing this week, my mailbox has been overflowing with questions from absolutely no readers! Here, I will deliver the answers that no one asked for.

Q: How can you say it’s fair to fill the seat of a constitutional giant like Ruth Bader Ginsburg with this far-right, anti-choice, conservative woman?

A: You’re right, RBG had patience, will — and almost no black law clerks. One (1) black law clerk out of 160, to be precise. To borrow from my journalist colleagues, “Are you a white supremacist?”

Q: So you think it’s OK to just ignore her dying wish?

A: Touche! But you’ve forgotten that the Dying Wish clause of the Constitution is trumped by the Retire When a Democrat Is President clause. RBG was fully entitled to have a Democrat choose her replacement by retiring in 2014 when Obama was president and she was 81 years old, had already survived two bouts of cancer, two falls that broke her ribs and a heart operation. She chose not to.

Q: You’re seriously going to claim that ACB is the most qualified Supreme Court nominee?

A: Of course! Much like being a police chief in modern America, apparently the No. 1 qualification for this job is: being a woman. I don’t know when my party signed onto identity politics, but I’m not happy about it either. At least we didn’t end up with America’s leading “Karen,” Kamala Harris.

Q: So you think women shouldn’t run for president or sit on the Supreme Court?

A: Of course they should. But the way we should find them is not to decide Hey, let’s get a woman for this job! Anybody know one? Margaret Thatcher and Golda Meir didn’t become the leaders of their nations because someone said, Let’s find a woman!

Ironically, the Democrats’ best candidate for president this year actually was a woman, but unfortunately, Sen. Amy Klobuchar was not a woman of color. So now the Democrats are saddled with the smirking insufferableness of Kamala as their backup candidate to a guy with senile dementia.

Q: What are you talking about, Ann? Kamala is the best! She’s hip, she’s cool, she’s brilliant.

A: Yes, and she called Joe Biden a racist.

“So the official position of the Democratic Party is that it’s fine to falsely accuse a person of racism as long as it’s done to score political points.”

Q: She’s explained that! On Stephen Colbert’s show, she laughed it off, saying: “It was a debate!”

A: Glad to get this on the record. So the official position of the Democratic Party is that it’s fine to falsely accuse a person of racism as long as it’s done to score political points. At least you guys don’t take racism accusations lightly.

Q: I’m a conservative, and I thought ACB was terrific at the hearings!

A: If there were an Olympic sport called “Keeping a Straight Face While Being Lectured by Morons,” ACB would take the gold. Though I might recommend that after repeatedly refusing to answer absurd hypotheticals by claiming, “I would need to hear arguments from the litigants and read briefs and consult with my law clerks and talk to my colleagues and go through the opinion-writing process,” maybe Barrett should not have prejudged a pending case by saying she cried when she saw the George Floyd video and citing it as an example of “hatred” and “racism.”

Instead of the George Washington and the Cherry Tree myth, I guess our new patriotic fable is the George Floyd Was Killed by a Racist Cop myth.

Q: My grandpa is in a relationship with a California hipster, and no one in the family knows what to do about it.

A: This isn’t really that kind of advice column, but at least we’re back to Kamala Harris.

Q: You Republicans are just terrified by a strong woman of color. Mike Pence constantly interrupted her at the vice presidential debate and Harris’ Republican colleagues in the Senate interrupt her all the time. There’s been gobs of press about it, including an article in The New York Times, “The Universal Phenomenon of Men Interrupting Women.”

A: My imaginary interlocutors are really obnoxious today.

1) According to ABC News’ Rick Klein, Harris had slightly more speaking time than Pence at the debate.

2) But I loved how the Biden-Harris campaign had “I’m still speaking!” T-shirts available for sale immediately following the debate. That didn’t look at all pre-planned.

3) As for senators interrupting Harris, try looking at the videos that are longer than one minute. Invariably, the reason she’s being interrupted is that she is rudely badgering a witness and not allowing him to answer. Yes or no! Yes or no! Please allow me to paint you into a corner by accepting all the ridiculous constraints of my question without further comment or explanation.

Q: But if ACB is confirmed, women will be forced into back-alley abortions!

A: Let me assure you that even if Roe v. Wade is ever overturned, in California, New York and other liberal states, you will still enjoy a right to abortion right up to birth (at least), and if the baby somehow still survives, you’ll be allowed to bash in his head in with an oxygen tank.

I don’t know what Democrats are so worried about, anyway. According to them, Americans LOVE Roe! Amy Klobuchar said at one of the Democratic debates this year, “The people are with us. Over 70% of the people support Roe v. Wade.”

Oddly, when I tried to locate this statistic on Google, I found endless polls claiming 70% of Americans support every left-wing policy — the entire Democratic agenda: legalizing pot; Medicare for all; amnesty for illegals, Black Lives Matter and on and on. All have 70% support!

So I’ve got good news for liberals: If these polls are accurate, you don’t need left-wing judicial activists concocting imaginary “constitutional rights” to get your way. Just pass laws, like in a democracy. On the other hand, the hysteria over RBG’s death and ACB’s nomination tells me that liberals don’t believe their own polls.