Assaulted and Vilified, the Cops Save the Cities 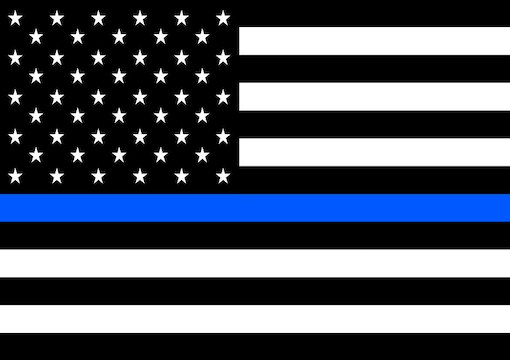 On the fifth night of rioting, looting and arson in Minneapolis, the criminal elements were driven from the streets.

By whom? By the same cops who had been the constant objects of media derision and mob hatred.

Without the thin blue line, far larger sectors of dozens of America’s cities would be in ruins, burned to the ground by the mobs that showered police and their vehicles with rocks, bricks, bottles, Molotov cocktails and any debris that could be thrown at them.

Because they were the first responders in these riots, the cops were the first targets of criminal assault and the last line of defense of the law-abiding.

Wherever they had to draw back or pull back, anarchy ensued.

Consider the decision of Mayor Jacob Frey and Police Chief Medaria Arradondo to surrender and abandon the 3rd Precinct. As police cars pulled out and the cops fled, the exhilarated rabble invaded, pillaged and burned the precinct.

And America saw, in astonishment, a triumph of anarchy.

One wonders what the world thought as it, too, watched.

Frey, who ordered the surrender, is a far-left Democrat. Gov. Tim Walz is a liberal Democrat, as are both U.S. senators including Amy Klobuchar. Minneapolis Congresswoman Ilhan Omar is a soul sister of Alexandria Ocasio-Cortez.

Minnesota was the political home of Vice Presidents Hubert Humphrey and Walter Mondale and Senators Eugene McCarthy and Paul Wellstone, liberal icons all. The state has not voted Republican for president since 1972. Even Ronald Reagan never carried Minnesota.

Yet, of his home state, this citadel of liberalism, Walz said last week, “Systemic racism must be addressed if we are to secure, justice, peace and order for all Minnesotans.”

Query: How does “systemic racism” permeate a blue state dominated for decades by liberal Democrats? What explains the failure of Democrats who have long run Minnesota to root out racism?

Why have liberals failed to exorcise racism where they rule? Are even good Minnesota liberals infected with the virus?

“What we witnessed this week in Minneapolis is a failure of liberalism.”

What we witnessed this week in Minneapolis is a failure of liberalism. The leadership of the city and state could not persuade the protesters it claims to represent to remain peaceful. And when rioting, looting and arson erupted, and attacks on police began, that leadership sat morally and politically paralyzed.

The elites could not condemn both the killing of George Floyd and, with equal moral vehemence, the violent and criminal element that came to permeate the ranks of the protesters.

They failed to get sufficient law enforcement or the National Guard into the city on time, or to declare and impose a curfew, or to use requisite force to halt the rioting and looting.

As a result of their incompetence or cowardice, the custodians of the lovely city of Minneapolis let her be gang-raped by a criminal mob.

Why have those leaders not turned in their resignations?

Comparisons have been drawn to the 1960s.

In the summer of 1964, LBJ signed the Civil Rights Act. In 1965, the Voting Right Act was enacted after Selma. Then came one Great Society program after another, as LBJ declared at Howard University, we are moving beyond equality of opportunity to “equality of result” in America.

However, in August 1965, Watts exploded, the worst race riot since Lincoln sent Union troops to put down the New York draft riots of 1863.

Newark and Detroit had uprisings of similar magnitude in 1967.

In April 1968, for days after the assassination of Martin Luther King, U.S. cities were pillaged and burned, Washington, D.C., among them.

LBJ’s Kerner Commission said the cause of the riots that had come out of the black community was actually “white racism.”

Said Richard Nixon speaking for the silent majority: They seem to blame everybody for the riots but the rioters themselves.

Liberals of that era, too, seemed morally disarmed and politically paralyzed when it came to confronting criminal elements that emerged from minority communities and voted Democratic.

Such situations invariably seem to produce in liberals a paralysis where the crimes are attributed to a “few bad apples” hiding among all those “peaceful protesters.”

There is much chatter about “speaking truth to power.”

What does that mean today?

At the least, the recognition that while the killing of George Floyd was an atrocity that cries out for justice, so, too, does the rampant criminality that exploded in its aftermath.

But because of the failure to condemn that criminality, and the paralysis of Minnesota’s political leadership class, the black community in Minneapolis has lost hundreds of businesses — some forever — that had provided them with the necessities of a decent life.

Liberals may equate the term “law and order” with racism, but without law and order, there is no justice and no peace.