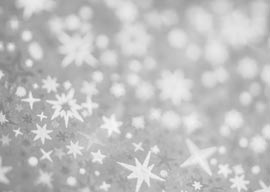 So the Queen joked that (re)meeting Canada’s new 43-year-old prime minister, Justin Trudeau, made her “feel so old.”

Yeah, well, that line forms behind me, Grandma. I feel like I”ve aged ten years since “Zoolander“ took over last month.

Not that that’s a novel sensation. I started feeling old around my 35th birthday, which I guess makes me a typical postmodern Western female.

Except that unlike most of those, my journey into middle age didn”t begin with the depressing realization that I”d become “invisible” to the opposite sex; I was always invisible.

But plain women are among the vainest. I”ve been trying to shed the same 10 pounds since this century started, and started plucking out wiry white hairs one by one around the same time, until my hairdresser inducted me into the Semisecret Society of the All-Over Highlights. (Biannual meetings; more or less affordable dues, with tip; tinfoil hats obligatory.)

“I started feeling old around my 35th birthday, which I guess makes me a typical postmodern Western female.”

At precisely the perfect time, I discovered Dodsworth (1936). Watching Ruth Chatterton’s blowsy Fran’s bathetic struggle to stay “thirty-five” forever was a much-needed, if bitter, tonic. (Whereas, when I reached for the beloved films of my youth, hoping to savor a few hours of cozy yet invigorating nostalgia, instead I found myself”to my horror”involuntarily sympathizing with, say, the vice principal in The Breakfast Club instead of his bratty charges.)

I was still plagued by other symptoms of aging, like my overnight-onset hostility toward Top 40 radio and”much more regrettable”my inability to read a book for more than five minutes without dozing off (or retaining the few sentences I”d managed to get through).

And then there’s my mind.

“You”re turning into your mother,” my husband “joked””I don”t believe anyone is ever “just joking””when I first started to call out grocery-list necessities such as “that stuff” and “you know.” (My mother once tried to remember the title of a particularly funny movie by calling it “the one with the fat guy, and whatshisname,” which narrows it down to almost every Hollywood comedy since Abbott and Costello.)

This week I felt the full force of menopause upon my brain when the controversial Pirelli calendar made the news; after seeing Amy Schumer’s entry, it took me three whole days to think, “Well, it IS a tire company…” L”esprit de l”escalier? Hell, what’s French for this thing?

So it was with decidedly mixed feelings that I pondered another “news” item this week:

The judge considering the right to die of a woman known only as C weighed up her obsession with her own beauty, her fear of ageing and the loss of her “sparkle,” and decided that she must have mastery over her own dialysis treatment. If she didn”t want it, that was her choice. Reading the judgment, you could be forgiven for thinking that this is no great loss to the species.