Attack of the Psychic Latina! 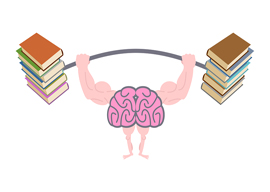 I’ve spent a great deal of my life hearing from people who supposedly know what I’m thinking…people who can’t find fault with my actual words, so they claim to know my inner thoughts, my secret intent. I’ll give you an example. In 1993, The Harvard Crimson refused to publish an ad for one of my documentaries. So I called the fellow who was the editor at the time. I’d like to say I remember his name, not just because it would make the anecdote stronger, but because I get pissed when my recall fails. It was an Asian gent, and not the kind with one of those “accessible” Asian names, like John Cho or Philip Ahn. No, this was one of those wacky Southeast Asian-sounding names.

I wasted ten minutes just now trying to find a 1993 Crimson masthead, but Harvard doesn’t make such information easily available online. So screw it, I’ll wing it from memory. Don’t blame me if I get it wrong.

So I called Sukadong Banginpooti, and I asked him why the ad had been rejected. “It’s hate speech,” he replied matter-of-factly. “Please tell me the part of the ad that’s hateful,” I responded. “It’s not so much the words,” Chomponasak Tulongawang shot back, “but what you’re thinking. You couch your hateful intent in innocent language to make it more palatable.”

Megafarti Phukenduk was so confident in his psychic abilities, it never occurred to him that he might be mistaken.

Twenty years later, when I was GOP operative David Stein, I encountered the same species of amateur mind-reader. This time, I was told that my opposition to affirmative action was actually because I hate blacks. Oh, I might hide my hatred behind “respectable” prose about how discrimination by law is wrong regardless of the color of the person being affected, or how black Americans don’t actually profit in the long run by winning jobs and college admissions by color instead of skill. But inside, my intent is to spread racism and intolerance.

So I have a long history with people who revert to “secret intent” when they can’t make a case based on facts.

Which brings us to the Supreme Court, and why Americans need to appreciate the bullet we dodged in November 2016. Hillary would have given us another Sotomayor to replace Scalia, and now, another one to replace Kennedy. And the peril of too many Sotomayors (or just one, frankly) was laid bare last week in the “wise Latina’s” dissent in the Trump travel-ban ruling. The facts in the case were fairly clear: The travel ban does not cover only Muslim nations, and the Muslim nations it does cover represent only a small portion of the Muslim world. There is no wording in the ban that is anti-Muslim, and the nations affected by the ban had been identified by the previous administration as high-risk for terrorism.

“I have a long history with people who revert to ‘secret intent’ when they can’t make a case based on facts.”

The ban, as Chief Justice Roberts wrote for the majority, is “neutral on its face.”

Sotomayor, however, writing for the minority, donned her psychic sombrero and took a different approach. Yes, the ban might be neutral as written, but Trump’s statements while on the campaign trail indicated that his intent was to craft a Muslim ban, even if he didn’t. Therefore, the ban must be ruled unconstitutional because Trump initially wanted something unconstitutional, even if what he actually did was not unconstitutional.

Call her Yogi Master Sonia, because that’s one hell of a contortion.

Let’s get the obvious critique out of the way: Politicians say things on the campaign trail that don’t always match up with what they really think, or what they end up doing. Example? Obama being against gay marriage in 2008. Another example? Obama promising his followers in 2003 that he would create a single-payer health-care system. In example No. 1, here was a candidate expressing an opinion he didn’t actually hold. In example No. 2, here was a candidate being honest about what he wanted, yet who, once elected, created something different.

Now let’s get to the more complex stuff. Sotomayor’s dissent relies on something known as legislative intent. Among legal scholars, there’s a long-running debate: To what extent should a court take into account the intent of a law’s author(s) when ruling on the legality of that law? The prevailing school of thought in American jurisprudence is that courts should abide by the “plain meaning rule.” In essence, that means that if a law is clear and unambiguous in its text, the court need not, or should not, try to mind-read the intent of the author(s). This was the reasoning of the majority in its decision on the travel ban. The text of the directive is plain, the directive falls within the president’s legitimate powers, and the directive has a legitimate reason for being (national security).

The late Justice Scalia was not a fan of relying on legislative intent. He didn’t see SCOTUS as a black-robed Psychic Friends Network. In 1993, the Court rendered a decision in Church of Lukumi Babalu Aye v. City of Hialeah. The case: A bunch of ooga-booga Santeria nutcases had decided to hold animal sacrifices in Hialeah, Florida (because Florida!). A panicked city council passed a resolution banning animal slaughter but making exceptions for everything other than the ooga-boogas (kosher and regular slaughterhouses, hunters, rat catchers, and animal shelters that perform euthanasia were exempted). SCOTUS ruled unanimously against the city. For better or worse, the law targeted one particular “faith.” Plus, the minutes of the city-council meeting clearly showed hostility toward the unga-bungas when the law was proposed. Scalia and Kennedy were on the same side on that one, but whereas Kennedy, in his majority opinion, took intent into account, Scalia wrote a concurring opinion in which he cautioned about relying on intent:

I do not join that section, because it departs from the opinion’s general focus on the object of the laws at issue to consider the subjective motivation of the lawmakers, i.e., whether the Hialeah City Council actually intended to disfavor the religion of Santeria. As I have noted elsewhere, it is virtually impossible to determine the singular “motive” of a collective legislative body. Perhaps there are contexts in which determination of legislative motive must be undertaken. But I do not think that is true of analysis under the First Amendment (or the Fourteenth, to the extent it incorporates the First). The First Amendment does not refer to the purposes for which legislators enact laws, but to the effects of the laws enacted. This does not put us in the business of invalidating laws by reason of the evil motives of their authors.