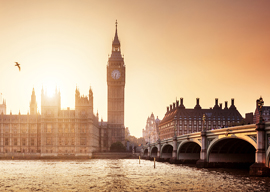 This past Tuesday several people were murdered just outside the House of Commons. Killing people outside security barriers makes much better sense for a terrorist than trying to pass them, though the murderer did that too in the end, before being shot dead.

Tim Stanley, the British journalist and historian, spoke for many when he called it “A barbaric attack. Monstrous for shedding blood, but impotent because it will not change us or our way of life.” Lots and lots of other people said the same thing.

They may be right. There’s no way of knowing. I hope, though, that they”re wrong and that it does change us. Change, for example, our ideas about immigration and about the multicultural future of Europe.

For some reason, there is a great reluctance to discuss the link between terrorism and immigration. Instead, we get appeals not to blame Muslims for a few bad or mentally ill people in their midst.

So much mental illness these days.

Next will come candles, a hashtag, someone will pull off a girl’s headscarf and Islamophobia will become the story.

My first job after university was in the House of Lords. I was 23 and on my first day I was greeted by the policeman at the gate with “Hello, my lord” and no request for my pass.

“You can”t make war on Islamism, and you can”t stop an individual Islamist from killing innocent people, as may have happened on Tuesday.”

In those days (now they seem like the Edwardian era) the peers were mostly hereditary and almost entirely male, and all save two were white (one of those two an Indian hereditary peer who lived in obscurity in Delhi). Some were in their 20s, but for actuarial reasons very few. I was flattered to be taken for a peer (I was wearing a good suit), but I always thereafter entertained doubts about security at the Palace of Westminster.

Especially since, or despite the fact that, poor Airey Neave M.P. had been murdered by Irish terrorists in the underground car park of the House of Commons just before Parliament was dissolved for the 1979 general election.

On Monday, the former head of the IRA and later Deputy First Minister of Northern Ireland, Martin McGuinness, died after a painful illness. In his obituaries he received much praise.

The IRA murdered hundreds of innocent people, and, in the end, they got much of what they wanted.

This was, I think, worse than a crime. It was a blunder. The IRA were in the process of being not fully but largely defeated by the British security forces when the “peace process” began.

What should have been done instead of the peace process was to have redrawn the boundaries between Northern and Southern Ireland, so that the mostly Catholic parts of Fermanagh and Tyrone were given to the Republic, and the border strengthened. The IRA’s base of support would thus have been reduced to a minority of the minority Catholic populations in Belfast and Londonderry.

Interestingly, the long campaign of violence by the IRA did not produce calls for restricting immigration from the Republic of Ireland”citizens of Eire have always been allowed to enter the U.K. freely. In British law, humanity is divided into British subjects, Commonwealth citizens, aliens, and Irish, a recognition that we British do not think of Southern Ireland as a foreign country or her citizens as foreigners.

They are not British, either. They are Irish.

Americans funded the IRA. After September 11, 2001, funds from America for terrorism would have dried up completely. But by then Tony Blair was fully committed to the peace process.

Conservative politician Lord Tebbit, whose wife was gravely injured by the IRA, did not join in the praise for McGuinness. Lord Tebbit was in the Grand Hotel Brighton when it was ripped apart by explosives planted by the IRA. Lady Tebbit is severely paralyzed as a result. He told ITV: “I”m just pleased that the world is a sweeter and cleaner place now. He was not only a multi-murderer, he was a coward.”

Security at the Palace of Westminster was not found wanting yesterday, but there are narrow limits to what security can achieve. You can make planes secure, but not the queues to go through security.

You can bring in laws to restrict gun ownership, but terrorists use cars or lorries as weapons.

You can surround Parliament with armed policemen, but you can”t prevent people from using nearby streets or bridges. Or if you do so you just move the security barrier farther away. Eventually you have to make national borders a tight security barrier. Unless you are part of Schengen or believe, as Hillary and Bill Clinton do, in a borderless world.

The Green Party of Great Britain tweeted yesterday: “Our thoughts are with all those affected by the ongoing incident at Westminster”huge thanks to emergency services for their hard work.” But the Greens, who are possibly the most extremist party in the country, want to abolish all immigration restrictions.

You can send the marines into Syria to defeat ISIS, but you cannot thus defeat Islamism, which is an idea, not an army.

You can”t defeat ideas with military means, at least unless you pursue unimaginably brutal means. And we have two ideas to contend with. The first is Islamism, the second the idea that the mass slaughter of perfectly innocent people is not just a justified but even a godly act.