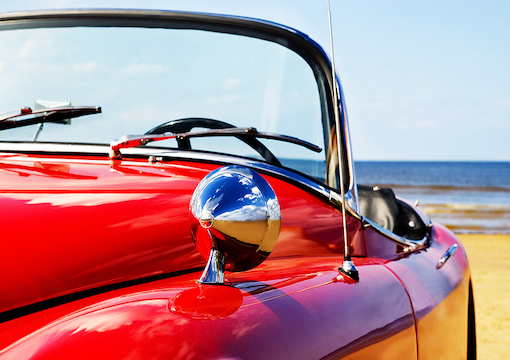 If I were a Marxist, I might be tempted to say that the obligatory switch to electric cars is a conspiracy of the rich against the poor to enslave them yet further. (By the poor, I mean of course the relatively poor, not the absolutely destitute.)

Many of the relatively poor have old, cheap, and no doubt polluting vehicles. Many of these poor need such vehicles to go wherever they need to go. Tradesmen and craftsmen in a small way of business often have old diesel vans that will soon be prohibited; they will have to replace them with far more expensive electric types. This will have the great advantage of forcing them either to indebt themselves in order to buy them, or to go out of business altogether, thus leaving the field to larger businesses. This would be but a small step in the march to monopoly that the Marxists predict.

Of course, the justification for the transition to electric cars is that they are more environmentally “friendly,” as if the environment were a lonely person in need of being befriended (there is a lot of paganism in the environmentalist movement). And no one can deny that electric vehicles have certain advantages: In their individual capacity, they spew out less noxious gas and make less noise, so much so in fact that unfortunate pedestrians sometimes cannot hear them coming.

But the polluting effects of these vehicles are exported or transferred elsewhere, to such places as the mines to obtain the necessary metals for the batteries, the dumps for defunct batteries (surely to be located sooner or later somewhere in Africa), and the electricity-generating plants necessary to supply electricity for tens of millions of vehicles, the least polluting of all electricity generation—nuclear power—having been largely abandoned on the precautionary principle.

This is all happening at a time when new vehicles of the traditional type have never been less polluting; and the older, more polluting models were destined to disappear in any case by natural attrition. Moreover, the construction of the infrastructure necessary to ensure a sufficient electricity supply will necessitate untold billions in subsidies, with all the corruption that such subsidies usually bring in their wake. I hope I shall not be considered unduly cynical when I say that I suspect that money, or at least promises of money, may have changed hands when the headlong rush to promote or even mandate electric cars started. I have no proof of this in the forensic sense; I could not stand in a court and say I know for a fact that there has been corruption involved. But the whole thing smells to me worse than the exhaust of any ancient diesel vehicle.

There seems to be a strange alliance developing between the urban environmentalists on the one hand and huge financial interests on the other. The environmentalists want “green” technology not so much to preserve the environment, for whose aesthetic aspects they care little, but as evidence that they “care.” A 600-foot white windmill in a beauty spot does not offend them, on the contrary, they rejoice at it; they see not a bird-slaying eyesore, but an almost religious symbol of salvation, much as crosses used to be placed in the countryside in once-Christian countries. As to the actual effect on the environment, whether the windmill saves or expends energy overall is something that very few of them would be able to compute, but is beside the point, which is to demonstrate compassion toward the biosphere. Meanwhile, subsidies make millionaires. No subsidies, no windmills.

Intention these days is nine-tenths of virtue, and intention is measured mainly by what people say that their intentions are. After all, each of us is expert on his own intentions, perhaps the only subject on which he is really expert; and therefore if I say I want more 600-feet windmills because that is the only by which the planet be saved, who can gainsay it?

Again, I suspect that something much darker is at play in the environmentalists’ psyches than the desire for lucre that actuates the entrepreneurs of subsidy. After all, practically all of us like money, and if offered a way to make bucketloads of it, most of us would seize the chance. But the environmentalists have a strange attitude to beauty: They are intimidated by it, which is why they so often wish to destroy it by their schemes, urban and rural, for saving the planet. Beauty (as the late and very great writer Simon Leys pointed out) confronts us with our own incapacity to create it, in short with our own mediocrity. We therefore desire to bring everything down to our own, not very high level. Ugliness, to which so many of us perforce have been accustomed all our lives, domesticates and makes us feel comfortable.

I should point out that I have no shares in car manufacturers and am no great admirer of the automobile. It has had the effect of speeding up our lives but at the same time of making us waste untold hours of our lives stuck in traffic jams in frustrating and miserable journeys. It has also had a terrible effect on the aesthetics of cities, all the worse since we have disobeyed Henry Ford’s great dictum, that you can have any color you like so long as it’s black. A street along which are parked apple-green, scarlet, sky-blue, white, custard-yellow, and golden-colored cars cannot retain its beauty (if it had any).

Happy is the man, not who has no car, but who has no need of a car, or needs one only very occasionally and then takes a taxi. One of my publishers was just such a man, now deceased alas, and his life was immeasurably enriched by never having had a car and never having learned to drive. He lived in the center of London and went everywhere by public transport. He was a productive art historian and critic, and would have achieved much less had he chosen to drive himself around, park his car, worry about its maintenance, etc. He was never tempted to take pointless trips, so that if he went anywhere, it was always for a good reason.

I concede, however, that many people feel differently, and regard their car as a symbol of their freedom to be mobile. Voluntary servitude is a well-known condition, but let it not be electrified into the bargain.