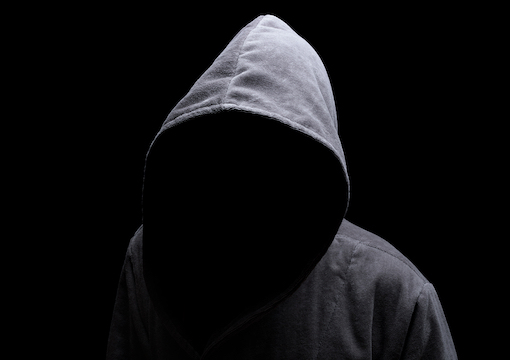 GSTAAD—Well, Theodora did not wait and I missed yet another grandchild’s birth. (The prettiest little blue-eyed thing ever, if I say so myself.) Funny thing is, I’ve never been able to be there when it counts. I missed my daughter’s birth because I was playing tennis in Palm Beach and got to the Bagel ten minutes too late. (She rarely forgets to mention it.) I missed my boy’s because I went back to sleep and Alexandra chose not to wake me. Taki and Maria were born in Rome, and Antonius and Theodora in Salzburg. This makes children and grandchildren 6, yours truly 0. Nothing to be proud of but I make up for it.

For example: After my father died I instructed the household to always refer to my person as the GP. GP did not stand for general practitioner, nor for great pretender, but for great provider. The children howled in laughter and mock anger, but the great provider endured as my name until the kids grew up. Then the great provider became the great pest. Now that I have turned everything over to them and the wife I am the great pain. Lolly has three residences, JT has four, and poor little me is down to two, both in the name of the wife. What I need is a GP, as in a great psychoanalyst.

Never mind. Up here in the Alps all I hear is ding-dong all day as the cows that surround me bask peacefully in the surrounding fields. The weather has been sunny and breezy, and I exercise all day. How ironic this is. When I was young and competing at a high level in various sports, I was always out of shape from drinking, chasing, and staying up late. Now, with one foot in the grave, I’m in the best shape of my life and looking forward to meeting the man in the white suit while in excellent trim. The lockdown is good for one’s health and very bad for one’s social life.

“Today’s trendsetters have nothing but vulgarity.”

Perhaps it sounds stuffy, but reading Susan Hill’s column in the brilliant 10,000th issue of The Spectator got me going. It was about manners, or lack of nowadays. What I miss most are the good old days when manners were exquisite. Good manners are very simple to define: It means putting other people before yourself without thinking about it. Actually, Christianity is good manners. We are now in the age of the f-bomb, and in the power of the halfwit elite. The absolute dirt emanating from the TV channels, with movies and TV shows of coarse people using the coarsest language possible, makes viewing anything filmed over the past twenty years unbearable. People speaking without using the f-word are always depicted as bigots, whereas those using the most degrading of words and actions are shown in a favorable light.

Now, I’m no virgin shocked, shocked at discovering strong language and even violence. I’ve covered a few wars, gambled with some pretty lowlifes, and hung out with tough hombres who doubled as bouncers in clubs that are not exactly located in St. James’s. But what appears on screen nowadays truly shocks me. How did we get to this point? Why are we allowing those who are supposed to entertain us to bring us down to a level that would surprise even hoodlums of old? In fact why have we allowed ourselves to be brought down to the level of the hoodlum?

Edmund Burke insisted that manners are more important than laws, but I wonder how many of today’s TV producers or Hollywood biggies have ever heard of him. The race is on to push the boundaries, to promote “edge,” to break taboos. Yet these untalented and coarse individuals are the first to shout fire and impose a political agenda on anyone like the poor little Greek boy when I write something politically incorrect. I predict that these ruffians will one day soon deem good manners politically incorrect, just as they did in Orwell’s 1984.

Fifty years later my children and grandchildren are condemned to a Hollywood view of the world, a world that talks the way they used to at Muriel’s during Jeff Bernard’s heyday—night, rather. But those lowlifes at Muriel’s had talent galore; some even had names like Bacon. Today’s trendsetters have nothing but vulgarity.

In the meantime, the two-day-old Theodora, I am told, has my mother’s hands, very beautiful ones, and she’s as elegant as a two-day-old baby can be. Born on the same day as Andrew Neil, six days after The Spectator’s sainted editor, and a day before my buddy the Duke of Beaufort. I celebrate by watching black-and-white films of yesterday on Moving Pictures, and am in love again with Valerie Hobson, a lady I never met whom the uxorious Simon Heffer recently wrote beautifully about. Oh, how I suffer. Every Friday evening I drown my sorrows with exactly one bottle of very good claret followed by three-quarters of a vodka or whiskey bottle. Heaven.