Back in the Bahamas 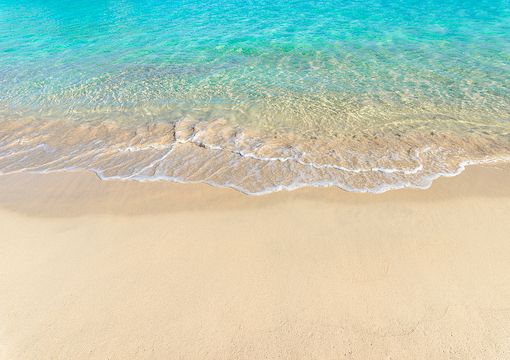 HARBOUR ISLAND, BAHAMAS—A singer named Shawn Mendes recently announced to millions of his fans that: “The truth is, it’s so hard to be human.” Gee whiz, poor Mendes, and I thought I had drawn the short straw of life. Depressed as I was about how hard it is to be human, friends like Prince Pavlos of Greece and Arki Busson came to my rescue. They picked me up from my hovel on Park Avenue and whisked me to a private airport in White Plains, where Bob Miller’s, Prince Pavlos’ father-in-law, magnificent Gulfstream 650 was waiting to transport the three of us to a place where it’s less hard to be human: Harbour Island, a lump of an island on top of a hundred-mile-long reef overgrown with vegetation that is an escape to a simpler way of life. Yippee!

America was always a country on the move, starting with the Pilgrims, the Homesteaders pushing west, the gold rush of ’79, Huck and Jim drifting down the Mississippi, and so on. Then the virus wreaked its havoc and everyone, including the traveling Americans, stayed put. Not your intrepid high-life correspondent, however. I hadn’t visited the Bahamas in fifty or so years. Last time I was there I got into a fight with Margaux Hemingway’s boyfriend outside the casino in Nassau. I already wasn’t mad about the place, a tropical Blighty with an American accent, with some of its parts Yankee-owned. The then-mega-rich Huntington Hartford had purchased Paradise Island, and the poor little Greek boy was stepping out with his wife, making me a hated figure to some of his dependents, and there were many. Never mind, that was long ago and time puts a halo on many things. Better yet, Harbour Island turned out to be as far removed from the glitz of Nassau as Margaux’s gigolo was from me.

“Time puts a halo on many things.”

Back in 1880 Harbour Island had a population of two thousand and three sugar mills. But after the mills were abandoned the green acres of the cane were replaced by bush once again. Today the place has an air of ancient and established peace, a curious conception of then and now, with men and women loitering and idling in the shade of ancient gnarled trees. It felt like sleepwalking during the ’50s. Some years ago, smart men who foresee things rather than follow trends discovered the place, built houses that blended in with the surroundings, and did not compete with each other over who had the most toys. People like Bob Miller and Arki Busson.

Bob is a member of Pugs but also has other attributes: like coming from a very old American family—I saw some pictures of his officer ancestors in Civil War uniforms, alas in blue, or so it seemed, rather than gray—but he’s a self-made man. He invented something most of us could have thought of but never did, duty-free shops in airports, and as a result owns beautiful dwellings the world over, plus a little shoot called Gunnerside in Yorkshire. (The one and only time Geldof was nice to anyone was when he visited there and sent a few kind words to Bob.)

My host Arki needs no introduction. His house and multiple cottages—and tents on the bay that rival those of Cleopatra’s—front the ocean, and I was billeted in the Elle Macpherson suite (she’s the mother of two of his boys, Uma Thurman the mother of his little girl). I was a friend of his parents ten years before he was born, which dates me a bit because Arki is in his mid-50s. The day we flew down in record time Arki made a killing in some deal, and promptly fell asleep under a tent.

The first thing that I noticed was the sweet nature of the locals, who were all smiles and goodwill. (No Jamaican menacing looks here.) Driving around in a golf cart with Arki was a bit like traveling around India circa 1947 with Gandhi and Jinnah on board. Everyone, but everyone, gave a cheery hello. “How come everyone knows you?” I asked. Easy: He and Bob Miller contributed vast sums to feed and employ the islanders suffering from the lockdown, hospitality being the island’s main source of income. In a romantic novel the Queen would lift the knighthood from that fraud and bum Philip Green and knight both men, but the last time I rang the palace I was told she was busy.

On Thanksgiving Day we had a grand lunch at the Miller house, where his son-in-law Pavlos and I showed off our knowledge of Greek history in front of all the youngsters, and they were many, each one better-looking than the next. It is said that island living tends to lull one’s senses, with a lack of introspection seeping into one, amoeba-like. I looked for that but didn’t find it, at least among those I rubbed shoulders with down there. They compose their own song and apologize to no one. Their island world is a palimpsest adjusting to the modern world. And speaking of the past, I flew back to Nassau on a tiny twin Piper piloted by a young native with seats whose stuffing was visible, an airplane Papa Hemingway would have refused to fly on. A perfect trip and a perfect landing followed while the pilot was—I think—playing a game on his mobile.