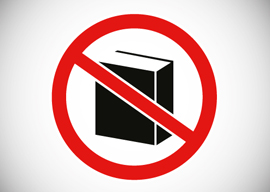 Banned Book Week has come and gone, and once again the flood of articles celebrating this dubious event has proven two things. First, whatever its original purpose, the event has become another morality play for the left, where they”re the heroes. Second, it has clearly shown that leftists don”t know what the words “banned” and “censored” mean.

For those of you who don”t have a librarian or professional activist in your life, Banned Book Week (a combination of words which allows for no tasteful acronym) is an annual program sponsored by the American Library Association that “celebrates the freedom to read” by discussing attempts to “censor or ban books.”  To be fair, this organization and many of the bloggers and journalists who write about the occasion do from time to time discuss historical examples of actual censorship. However, their main focus is on more recent events, primarily examples of people challenging a book’s presence on a library’s shelf or on their child’s school reading list. You see, this too is censorship and a threat to our freedom, according to the ALA.

“Perhaps the most demoralizing part of all of this is seeing what kinds of books have pushed actual literature off of school reading lists.”

There is little to be said in defense of people who pour their energy into making sure the contents of library shelves and school curriculums exactly match their religious or ideological convictions. The self-righteous busybody type crops up frequently in American life, and sometimes this person perfectly matches the stereotypes the left has about the right.

But it seems that this segment of the “pro-censorship” crowd is only interested in removing a small number of books from school curricula, not from the shelves of all bookstores and libraries. One can argue that this is a dubious use of their time, but it’s hardly the threat it has been made out to be. The reaction to these attempts has come mostly from the left, and in overreacting to this phenomenon they have spun a narrative that is compelling, if not fact-based. In this story, the left and its allies are bravely putting their necks out to fight dark and powerful forces that want to keep knowledge from our nation’s children.

One clear example of this reaction is brought to us by Annie Julia Wyman of The New Yorker. Unlike many of the blog entries shrieking about banned books, her article is at least coherent and relatively free of the nonsensical jargon that has migrated from America’s graduate schools to its activist community. It seems the high school she attended years ago in Texas recently fought off a parents” group bent on “suspending” seven titles from the school’s reading list (she put “suspending” in quotes, as if to imply that the parents were actually trying to censor or ban the books). One of these works was narrated by a dog; several others, including a Toni Morrison book, seemed to have been chosen for their focus on social justice issues rather than literary merit. While the parents were ultimately unsuccessful, the fact that they made some progress is meant to show the power they and those like them have over American culture.

According to Wyman, the reason parents from this community wanted the books suspended is because the community is overwhelmingly white, wealthy, and conservative. It has a homogenous population, and we all know “homogeneous” is an evil adjective when applied to any group that can also be described as pale, rich, and conservative. These are the types of people whom certain unscrupulous political leaders from Chicago accuse of clinging to awful things like guns and religion. This homogeneous mass of white people fears these books” messages about race, capitalism, and  “empire.”