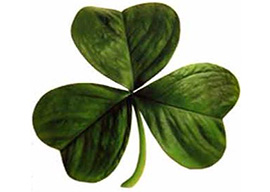 Otto von Bismarck is said to have proposed the following solution to the Irish Question: Move all the Irish to Holland and all the Dutch to Ireland. With their industriousness, sobriety, and civic virtue, the Dutch would soon have Ireland thriving. The Irish, meanwhile, would be so busy drinking and fighting, they would neglect the dikes. The sea would rush in and they would all drown.

That is a shameful slander on the Irish, whose history has been full of misfortunes. The primal misfortune, the one that generated all the others, was to be a small, poor island next to a larger, richer one, in whose sight Ireland was economically worthless and culturally alien yet strategically vital.

Such are the accidents of history and geography. Growing up an Englishman, I was aware from quite early on of a vague sense of guilt about the Irish. It was somewhat like the guilt that well-brought-up white Americans feel about blacks, though nowhere near as strong. They were a distinctive people all right, and not in an altogether attractive way: “Good for nothing but drinking, fighting, and f***ing” was my father’s opinion. Yet they had been wronged, and this had caused some unknown portion of their disagreeableness”perhaps all of it.

Dad was actually ambivalent about the Irish. His earliest experiences with them had been as a young soldier serving in Ireland during the Easter Rising in 1916. He attributed Irish obstreperousness to their religion: “They were pleasant enough “til they went to church of a Sunday. Then the priests would whip them up and they’d come out howling blue murder.” But he spoke well of Irish hospitality, of being invited into an Irishman’s cabin to drink a mug of porter “and the pigs and the donkeys in there with us, too.” Charm is a much-underestimated factor in human affairs, and the Irish, even at their most obstreperous, have never been short of it.

“The Irish seem always to have had a yen to belong to something big and international.”

The Easter Rising was driven by historical grievance. In retrospect, from a coldly rational point of view, it was probably a mistake. Early 20th-century Ireland was in fact doing rather well. As has often been noticed, the nastier kinds of political trouble start not when things are dire, but when they are improving. Had Ireland continued a part of the United Kingdom, she might have thrived. There was too much accumulated bad blood for that, though, and the Irish won a nation of their own, more or less, in 1922.

The first half-century of Irish independence was not a shining success. The dominant figure was Ãamon de Valera, whom Roy Foster, in his classic Modern Ireland, calls “a great political shaman” who paid “scant attention…to material progress” and conceded cultural authority to the Church. Residual guilt over Cromwell, the Famine, and the Ascendancy did not stop us Englishmen from scoffing at the “priest-ridden potato republic” across the water.