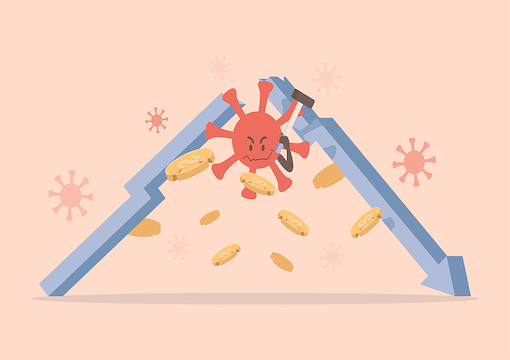 Everyone knows what to do about the COVID epidemic—except, of course, those who happen to be in charge. They are floundering like a fish newly landed on the deck of a boat. But if you go down to your local bar or pub, you will learn exactly what ought to be done, and people who a few short—or is it long?—months ago would not have known that epidemiology existed, let along what it was, have their solutions ready at hand. Their only problem is that the boneheaded authorities won’t listen to them. Time for another beer!

Of course, in certain countries, those medical research institutes otherwise known as pubs and bars have been closed down, victims of that bane of government life, the need to do something, or rather, the need to be seen to be doing something. Just as justice has to be seen to be done, so does policy. Whether the closing of pubs and bars has a positive, negative, or no effect on the progress, or perhaps I should say progression, of the epidemic will probably never be known, for there are in such a situation so many variables that it is difficult to isolate one from all the others. But at least a government that has closed the pubs and bars, whether totally or from some arbitrarily designated time in the evening, cannot be accused of inaction. If I were in power, I daresay I should be tempted to do something.

Speaking as the average man in the pub or bar, I have my own scheme. I cannot help but notice that the risk of death from COVID by age resembles very closely the risk of death by age from all causes: That is to say, at a low age the risk is negligible, rising slightly and then very rapidly after the age of 65—though there is no age at which the risk is zero.

In the age group to which I have the honor of belonging (though membership of it is not entirely voluntary), which is said to be at high risk of dying of COVID, though only a sixteenth as high as that of people over the age of 90, I noticed that in Britain, which had one of the highest levels of death from the disease, the chance of someone of my age dying of it during the height of the epidemic was 1 in 807. The normal risk, that is to say without COVID, would have been about 1 in 1,200. This is not the Black Death, then, though I suppose the death rate might have been much higher had it not been for the government measures taken.

“How does one measure the risk of increased death, principally among the old, against damage to the economy?”

Between a fifth and a sixth of the population is aged 65 or older, and it is this group that is overwhelmingly the most at risk of dying of COVID.

As a pub or bar epidemiologist, it seems to me that preventive efforts ought to be directed overwhelmingly at this age group, which is, alas, my own. My favored scheme would be for the rest of the population to go about its business as normal, with the over-65s remaining as much as possible indoors, taking precautions and not mixing with younger persons except with great circumspection. The degree of risk they were prepared to run would be up to them; there is no objectively “correct” level of risk to run.

For example, a friend of my age, in good general health like me, is much more cautious than I. He has scarcely left his house since the epidemic began. I, on the other hand, have been more outgoing, though still taking the precautions that I consider reasonable. As a consequence, he is less likely to contract the disease than I; but I consider the extra risk worth taking while he does not. Neither of us is “correct” in any indubitable sense.

I have noticed that older people, on the whole, already take precautions more seriously than the young who know that they have nothing to fear and in any case are risk-takers by nature. Of course, there are older people who cannot take care of themselves, either through physical or mental incapacity, but it surely should not beyond the wit of man, or even of governments, to devise a means of protecting them. Home deliveries of food by shops and supermarkets, for example, could be concentrated upon them.

In essence, then, my scheme would be to do nothing except for the incapacitated, and rely on the common sense of those at risk to conduct themselves sensibly. The economy would not receive another crushing blow.

As with all schemes that one devises, it is necessary to think of the objections to it.

The first is that we do not yet know what the long-term effects of infection with COVID are. They might yet prove to be serious. It was long suspected that the disease called encephalitis lethargica, or von Economo’s disease, which caused 5 million people worldwide to become severely Parkinsonian, was a long-term effect of the Spanish flu, though this is now doubted. But I think that we cannot allow our policy to be decided by the mere possibility of severe long-term effects.

More seriously to be considered is the possibility that people will not behave responsibly and that, unless they be restricted, the spread of the disease will be so rapid that it will soon overwhelm the capacity of hospitals to treat seriously ill patients. The improvement in speed of recovery and in survival, thanks to recent advances in treatment, may not offset the increase in the number of cases.

A thought now occurs to me: My willingness to take risks might be altered if I knew that I had to pay for treatment myself in the event of falling ill as a result of my risk-taking. The same, presumably, would apply to other people. But this is a useless thought, because in no conceivable modern dispensation would the costs of medical care fall fully and solely upon him who needed it.

How does one measure the risk of increased death, principally among the old, against damage to the economy? Could any leader dare to say, “For the sake of the economy, and of the return to normal life for the great majority, we should be prepared to accept not only the risk of some extra death, but some extra death itself”?