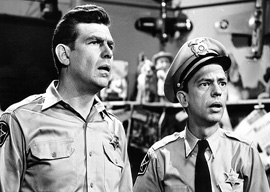 NEW YORK”I”m gonna explain this Pat McCrory thing to you.

As his world crumbles around him, Pat McCrory keeps doubling down on the “Keep Our Public Bathrooms Safe” issue.

So you may be wondering: Is he insane?

Doesn”t he have some lobe in the Political Survival region of his brain with a neon sign blinking “Bail Out! Seek Refuge! Career Killer Ahead!”

Doesn”t he know this is one of those public Dogpile Jamborees that stays with you the rest of your life and goes on your tombstone?

And yet he keeps churning away. He keeps saying that the nation’s “liberal agenda” is driving his agony. He believes, apparently, that Fortune 500 companies, professional sports leagues, and coaches who belong to the Fellowship of Christian Athletes are all part of the vast “Punish North Carolina” conspiracy, just because we Carolinians are not politically correct.

Meanwhile, the economic damage to the state is approaching a billion dollars and is almost certain to go higher. McCrory can gaze out the window of his office in the state capitol and watch 18-wheelers full of hundred-dollar bills heading for Interstate 40 West. If it were fifty years earlier, I”d expect him to start claiming a Communist conspiracy. As it is, he’s left with the straw men of “political correctness,” the federal courts, and the Civil Rights Division of the Justice Department, all soft targets that don”t really work anymore because Obama-bashing is simply passÃ© in a year when Donald Trump and Hillary Clinton are occupying all the sniper-rifle target space available.

There’s only one solution to this, and I know what it is because I myself am a Southern white male, therefore fully capable of getting myself into a situation like this.

We need a Southern Female Intervention.

Ideally this would be his grandma. McCrory is only 60, so there’s a possibility that one of his grandmothers would be alive, but if that’s not an option, it can be his mother, his wife, an older sister, or”if all of those are absolutely unavailable”any pissed-off spinster aunt related by blood.

This designated Southern female will approach McCrory at the breakfast table, withhold the biscuits until she has his attention, and then say, “Pat, you”re either gonna stop this nonsense or I”m gonna slap you nekkid.”

And then she’s gonna serve the biscuits and gravy”and that’s all it will take.

Pat McCrory knows this. He grew up in Jamestown, North Carolina, a town of 3,300 people just 45 minutes down Highway 52 from Pilot Mountain. Pilot Mountain is the town cited by Andy Griffith as the inspiration for Mayberry on The Andy Griffith Show. This is one of the most beloved sitcoms ever made, and the reason is that it always drew a contrast between two ways of solving a problem.

There was the Sheriff Andy Taylor way. Andy would put the town drunk Otis in jail, but leave the key with him so he could let himself out when his sentence was up. Andy rarely arrested anyone”he tended to talk some sense into them before they committed a crime. Andy was especially fond of eccentrics like Floyd the barber, mentally challenged citizens like Gomer Pyle, and misfits like Ernest T. Bass. Andy’s philosophy was always “Calm down, we can figure this out together.”

And then there was Deputy Barney Fife’s way: Shoot first and ask questions later. This is why Andy limited Barney to one bullet and required him to keep the bullet buttoned inside his shirt pocket.

But here’s the point I wanna make. We Southern men know that sometimes we”re Andy Taylor and sometimes we”re Barney Fife. We”re both. We can go either way. We can suddenly decide to buy a log cabin in Gatlinburg sold to us by a time-share shark who fails to tell us that the cabin has no indoor plumbing or running water”then insist for the next twenty years that we don”t need indoor plumbing or running water, it’s more fun this way. We can get so insulted by a neighbor’s fence that we decide to build our own fence, one inch away from his fence. We can wake up one day and decide that the air horn on our recreational vehicle needs to play the “Woo Pig Sooie!” chant of the Arkansas Razorbacks.

But we only do this when we”re in Barney Fife mode.

When we”re in Andy Taylor mode, we listen to Aunt Bea.

Pat McCrory, as of today, is in Barney Fife mode. We just need to get him into Andy Taylor mode.

So let’s review. How did this thing start?

It started because the city of Charlotte passed an antidiscrimination ordinance. It wasn”t about bathrooms, it was about housing and taxis and other areas where people were getting hosed because of their race or gender. But it did have that part about people being allowed to use whichever bathroom corresponded to their brain-gender.

So what would Andy Taylor do in this situation?

He would say, “You must be talking about Clem Stinson. I know Clem wears a dress, God bless his heart, and so yeah we”ll take care of it. Barney, tell me whenever Clem is around so we can make sure he doesn”t get bothered by the guys at the barbershop.”

And what would Barney Fife say in this situation?

He would say, “We have to nip it, Andy! We have to nip it in the bud!“ And then he would start talking about how, if you let one guy in a dress get into the girls” bathroom, the world will fall into chaos.

They called a special session just to pass this one law. They wrote it, passed it, signed it, all within eleven hours. The Democrats in the senate were so disgusted they walked out and refused to vote at all.

They even gave it a Barney Fife name: “An Act to Provide for Single-Sex Multiple Occupancy Bathroom and Changing Facilities in Schools and Public Agencies and to Create Statewide Consistency in Regulation of Employment and Public Accommodations.”