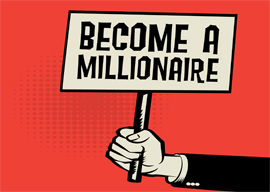 In some countries, including my own, there has been of late an increasing tendency to the Nigerianization of the economy: that is to say, the hope of wealth not by increasing it in aggregate but by participation in one dubious scheme or another.

This is a potentially dangerous thought. Nothing is more tempting than to blame the financier, merchant, or banker”in short, the scheming middlemen”for the woes of the world. They are parasites, goes the cry, mere bloodsuckers; they create nothing, but take advantage of everything and everybody. They make profits on the way up as well as on the way down, in abundance and in scarcity, no matter how others suffer in the process.

Such ideas, of course, are the stuff of propaganda, both Bolshevik and Nazi. For such propaganda, only the producers of simple tangible goods”the shirtsleeved proletarian in his forge pouring pig iron, say, or the happy flaxen-haired peasant hoeing the land to produce turnips”make a real contribution to wealth, everything else being but a form of hidden confiscation of what the sweat of their brow has produced.

Those who have believed this, or at any rate acted as if they believed this, have been responsible for a great deal of misery in the world. But just because in its crudest form a thought has proved dangerous does not mean that it never contains a grain of truth. After all, Lehman Brothers did collapse and Mr. Madoff did make off with other people’s money (though at least he had to solicit it first, unlike many government-run pyramid schemes, such as social security, paid for by borrowing).

“If we spend enough, we shall become rich. We are all Nigerians now.”

Anyhow, today I received an invitation by e-mail”gone are the days when invitations in copper-plate writing embossed on cards would arrive by post”to a course on something called wealth training. A little research revealed that if I accepted the invitation, I should receive advice such as that I ought not to spend more than I”ve earned (a lesson that I had already learned from Mr. Micawber, that I think I should have been able to work out for myself even without him, that is to say by the light of my own unaided intellect”besides which exhortation is rarely the means by which the foolish become wise, especially at my age). I should also learn, if I accepted the invitation, that I should not waste my substance on fripperies or depreciating assets such as expensive modern cars, another lesson that is so obvious that the reason people fail to heed it cannot be a mere lack of information. Another snippet of advice that I should receive is that I should never, under any circumstances, lose money by investing it”advice of the type given by the Duke of Wellington to the young man who asked him what he should do. “Sir,” he is reputed to have replied, “you are in the devil of a fix, and my advice to you is that you should get out of it the very best way you can.”

The Duke of Wellington was self-consciously uttering a useless clichÃ©, which is why his reply is amusing; but the advice never to lose money on investments was offered in all seriousness as if it were a pearl above price (people paid $2,000 a day, so the invitation claimed, to listen to it), and as if investors had previously been indifferent to loss. ClichÃ©s these days seem ever more clichÃ©d.

The wealth-training course offered a painless and certain way to become wealthy in seven years”unless refraining from spending my life savings on a Maserati to impress my neighbors can be counted as painful. Nor was much effort required. Painless, effortless ascent to wealth has long been the dream of Nigerians.

In my eclectic library I have a little collection of Onitsha Market literature, that is to say of chapbooks published in the city of Onitsha and sold in the market there (said to be the largest in West Africa) that offer advice to young Nigerians about how to conduct themselves in life. One of them informs young Nigerians that they cannot expect to become rich unless they work hard, and the example given is that of the lottery. You cannot expect to win it, says the author, without having bought a ticket. Buying the ticket is the hard work. This seems not very distant in spirit from the promise of the wealth-training course.

But it was one of the secrets to be revealed in the wealth-training course that most made me think of Nigeria: “How to live like a millionaire starting today, no matter how much money you make.”