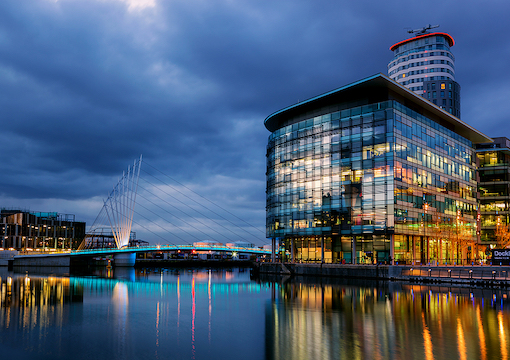 Common sense. How can you possibly be against it? Americans of a certain generation used to talk about “Mom and apple pie” as examples of things that you cannot help but love, and it looks like common sense should get the same thumbs-up. But what is common sense?

If we are going to be persnickety then we have to go back to Plato and Aristotle. The ancient Greek word equivalent to “common sense” was doxa, which actually turns philologically into “dogma.” Latin-speaking translators of Aristotle (Boethius being the most famous, before he went to jail) used “sensus communis,” but this is more to do with our actual physical senses, as you would expect from the empirical Aristotle. It means that we all experience the world in much the same way. But common sense now has a more modern meaning, essentially translating from the classical world as “Don’t be a dumbass.”

Common sense as I was brought up to understand the term meant not doing what I did the other day, which was cook while reading a book. I was so engrossed that I reached, unthinkingly and gloveless, for one of the handles of a cast-iron pot in which I was cooking beans. The rather Aristotelian result was that I raised a heat blister on my thumb that took a week to heal. That was hardly exercising common sense—plus, it hurt.

“The BBC is one of Britain’s great institutions, like the National Health Service and rain.”

But what are we to make of a British organization called the Campaign for Common Sense (CCS)? A bit self-important, condescending, preachy? Presumably they don’t cook and read simultaneously, but what else are they up to? Judging by their website they are as English as tea and cake, as they state that:

Common sense and fair play are the best way [sic] to approach controversial issues…[and] sensitive topics should be discussed frankly and calmly, without trading insults.

(I love the English phrase “trading insults,” as though a ferocious argument were a barter system in which you swear at each other until you are both satisfied with the terms of the deal.)

But the English decency of the CCS masks the fact that they are also heretical, having published a damning report on one of Britain’s versions of Mom and apple pie, the British Broadcasting Corporation, better known by its famous acronym, the BBC.

The BBC is one of Britain’s great institutions, like the National Health Service and rain. It is much loved, and rightly so. Its history of high-quality entertainment will be familiar to any Brit and many Americans reading this. Dr. Who, Blackadder, Monty Python’s Flying Circus, countless situation comedies and soap operas, world-famous nature documentaries and dramas, plus a truly outstanding reputation for news broadcasting worldwide. While the British empire withdrew from the map, the BBC remained as the World Service, still broadcast in darkest Africa and just as familiar to the global ear as the late Queen, soccer, and Shakespeare.

Created by royal charter in 1922 after the success of experimental radio broadcasts, the BBC boasted a mission statement, famously given by its first director, John Reith, to “inform, educate and entertain.” By my boyhood in the 1960s, the BBC also had the shrewd realization that programs cost quite a lot of money to produce and it was cheaper to buy series from U.S. producers. This is why, although I grew up in leafy Surrey, England, I raced home from school to watch Lost in Space, The Munsters, Star Trek, and Get Smart.

But the BBC has a blushing secret. What is often described in rather Leninist terminology as the U.K.’s “state broadcaster,” the BBC has been blatantly politically biased for decades, and is now adapting the clumsily named “woke” zeitgeist. Perhaps the most crass example from last year was the female BBC reporter at the European soccer championships final. England had just beaten Germany (a bit like in the World Wars, but without American help), and although the lady was broadly in favor of the result, she bemoaned the fact that the entire English team was white. Then again, the BBC got on the antiwhite bandwagon early, with then director—whose name honestly is Greg Dyke—claiming in 2001 that his organization was “hideously white.” This always made me chuckle, as the BBC’s HQ, Broadcasting House, is situated in a borough of West London called White City.

That the BBC is biased in its news reporting is as plain a pikestaff, but now this propagandizing is creeping into its entertainment content, say CCS:

The corporation’s dramas regularly include critiques of capitalism, Brexit, the police and the government—with some described by the report as close to propaganda.

Now, that is a phrase that would have fascinated the Plato of The Republic, with its famous “noble lie,” which essentially means it is okay to tell whopping great fibs to the general public as long as it’s for their own good. How are we to understand something that is “close to propaganda”? Where is the perimeter fence?

It is clear—common sense, almost—that the BBC is biased. One of its ex-employees spilled the beans in a book as famous to the West as the Koran is to Muslims. The Beeb (one of the nicknames for the BBC, along with Auntie) showed either great audacity or staggering and ironic naivety in 2017 when it erected a statue of George Orwell outside its HQ. Orwell worked at the BBC and based 1984’s Ministry of Truth on his experience there.

The other contentious issue concerning the BBC is its infamous license fee. If you own a television, even if you never watch a BBC program, you are currently obliged to pay the BBC £159 (around $190) a year. Rather strangely, if you are blind the fee is halved. Might I respectfully suggest that those who are deprived of their sight would be better off with an eighty-quid radio?

But there are stirrings. Boris Johnson rattled the BBC’s cage when he was premier by hinting that the license fee might be for the chop. This would mean that the BBC would have to duke it out in the free-market ring, and this prospect sends a chill through the corridors of Broadcasting House, the same corridors that were, according to former BBC Woman’s Hour presenter Jane Garvey, “strewn with champagne bottles” the morning after Labour came to political power in 2010. That was when Blair began wrecking the United Kingdom. That would be Tony Blair, not Eric Blair, which is the real name of George Orwell. But you already knew that, it’s just common sense.