BBC Lapses From Its Normally Impeccable Standards of Self-Righteousness 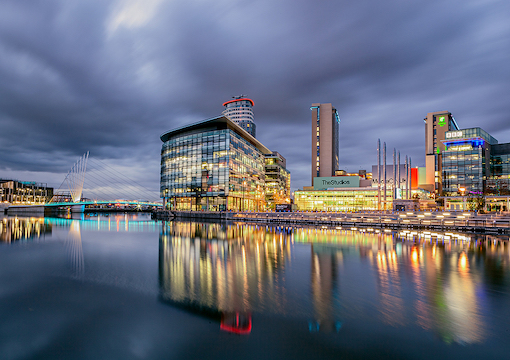 The British Browbeating Corporation (BBC) is on the back foot this week. It has belatedly fessed up to how its flagship investigative (“truth about the stories that matter”) documentary program Panorama was guilty of a campaign of dirty tricks in obtaining its “scoop of the decade” interview with Princess Diana in 1995. Also that there has been a 25-year-long senior management cover-up of these dirty tricks. Critics of the BBC, of a certain kind, will have a bit of fun with this; there are already calls for an urgent review of the corporation’s terms of engagement. Not so long ago—at the time of the appointment of a new director general—there briefly was excitable media talk of a radical shakedown of excessive BBC wokeness (somewhat disingenuous, though, coming from journalists only too well aware of an intractable obstacle to this fantasy; namely that the vast majority of the BBC’s 35,000 staff will be left-wingers of some sort). BBC insiders themselves will briefly do some hand-wringing about “bad apples.” Equally briefly we will be told that things must change—must change in order to protect the integrity of this great national institution.

The Dyson Report is, as far as it goes, a forensic investigation in its exposure of these lies and cover-ups. But the really big lie is the one about how all this “fell short of the high standards and integrity that are [the BBC’s] hallmark.” For the truth is that the BBC (in common with all other big media brands) manipulates reality every week, every hour, every minute.

The range of “information” and opinion in which we are almost completely reliant on Big Media is frightening. And yet notice how whenever it touches on something about which you have direct personal experience, how wide off the mark it invariably proves to be. The sheer quantity of “information” coming at you in the modern world takes a great deal of intellectual effort to process properly. It is easier to just let it wash over you. Eventually it becomes a quicksand and it sucks you in. In times past people may have known only what was going on in their own neck of the woods, but at least they knew it intimately, which provided a reality check.

“The truth is that the BBC (in common with all other big media brands) manipulates reality every week, every hour, every minute.”

Not anymore; now, thanks to the likes of the BBC, you know so much more—and have an opinion on so much more. Now you know that some brutal murders merit grief on a national scale whilst others deserve barely a passing mention. Your attention is kept continually focused on the activities and agendas of political activists of all sorts of Progressive causes—which is important because these people “care more” about their fellow man than the rest of us. A light is shone for you into the dark shadows of sexual oppression…of celebrities. You know that man-made global warming is threatening to destroy the planet and it’s all the fault of capitalism. Just like you know that capitalism was virtually brought down at the stroke of midnight in 2000 by something called the Millennium Bug. Best of all, you know what the most important thing going on in the world at any one time is because it is the thing that headlines the news. Thus is our consciousness deluged with trashy certainties.

It is not even that the BBC and its like are—for the most part anyway—deliberately trying to present a distorted perspective on current affairs or anything else. It is worse than that; the distortion is so embedded in media culture that it collectively fails to comprehend that there are other perspectives. The BBC and its hinterland of favored contributors teem with champagne lefties, celebrity poseurs, and assorted other have-your-cake-and-eat-it fellow travelers of the liberal establishment elite.

And it is a veritable honey pot for the not so big wide world of the arts and academia. The joke is that they all think of themselves as radicals and guardians of freedom. Funny business radicalism; the word suggests boldness, independent-mindedness, freethinking. The reality is the opposite. It is a me-too mentality of fitting in with the prevailing ethos, often first absorbed during student days. I remember when I was at university in the 1970s, one or two lonely guys in tweeds and sports jackets flitting furtively across the psychedelic-bead-strewn quadrangle clutching their briefcases. I remember thinking, Those guys are the real radicals here. The thoroughly predictable “radical” offerings from the BBC in-crowd are invariably dripping with media establishment mythology, and the depressing fact that the BBC is often hailed as a great bastion of intellectual independence merely demonstrates the overwhelming brainwashing power that the little box in the corner now has on our intellectual horizons.

George Orwell partly saw the future that we now inhabit—but with one crucial difference. In his nightmare 1984, a political elite controlled the television in the corner of the room and used it to brainwash the citizenry. Whereas in the real post-1984 nightmare, a pervasive mass media—a cancerous organism out of the control of anyone, even its own media elite—brainwashes everyone, politicians included. It is not that anyone is actively trying to brainwash you; it is more that a powerful tendency to groupthink is the very nature of mass broadcasting. And of course this has been going on irrespective of which political party has been supposedly in power. Almost all Western politicians run scared of media power.

The BBC’s great trump card has always been the widespread perception that it is a cut above the media pack; the essential guarantor of that British “sense of fair play.” In this way its enormous soft-left power has gone unchallenged for many decades now—almost unnoticed. It has schooled us in the ways of attacking everyone else—everyone but itself. We have become schooled into the idea that it does the challenging on our behalf; surely it is our defender against the power of politicians and big business, etc., isn’t it?

But the most insidious brainwashing happens at a more subtle level than this; it lies in the power of storytelling. It is at this subliminal level that the great soft-left crusades—moral relativism and the cult of victimhood—have been won. More than anywhere it is in radio and television film, drama and soap opera. Try these tests next time you are watching some BBC drama on PBS. If the characters happen to include, say, a white middle-class guy and a nonwhite working-class guy, who is going to turn out to have surprising hidden qualities and who is going to turn out to have a surprising hidden dark side? Or compare the proportion of homosexual characters on your TV screen with that in your own real life. Try and find the drama where the “right-wing” character turns out to be full of compassion and the “left-wing” character full of bile, or where the successful business executive turns out to be rather a nice chap.