Be Careful of Answered Prayers 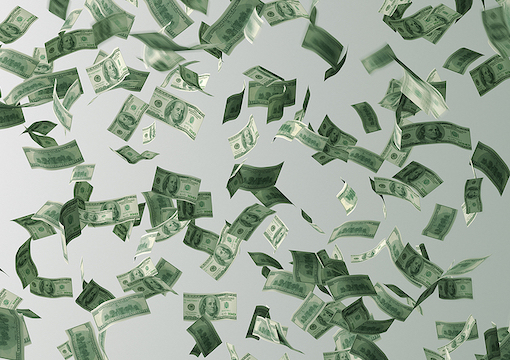 It has been said ad nauseam that when Uncle Sam sneezes, the English bulldog catches the flu. Emulating American rioting has caught on over here with a bang, pun intended, and it is one import, as Douglas Murray wrote in The Spectator, “that we can do without.” When Paris literally blew up back in 1968, and de Gaulle himself had to fly to Germany to ensure French troops stationed there would remain loyal, swinging London remained swinging and obsessed with a couple of mop-haired, foul-talking rock groups. This time it’s different.

In America it’s rioting, looting, and burning across the land. Corporate America, known for its grace under pressure, is acting as courageously as Minneapolis mayor Jacob Frey and Gov. Tim Walz. Monuments of our greatest heroes are now bowling pins to be desecrated and brought down by publicity-seeking thugs who are encouraged by the media. It’s just as bad in the U.K. Here’s a toe-curling ignoramus black British female activist speaking to the media about Winston Churchill: “Some say Churchill is a racist, others say he’s a hero. I have not met him hence I cannot judge.” Yes, this moron is described as a leader in the British media. Her name fortunately escapes me.

If I were to determine the most intelligent answer to woke half-wits’ demands to erase our history and our monuments, it would be Prof. David Starkey’s, whom I consider a friend: “If one does not criticize an 18th-century house for not having the modern conveniences of hot and cold running water, electricity, and central heating, why would one criticize its human contemporaries for not having modern values about race and slavery?” Leave it to a Brit to get it just right without showing too much emotion at the outrages being demanded and perpetrated by leftist scum.

“All you phonies burning and looting in the name of a fairer society, you’re living in the fairest of them all.”

But let’s get to the point of all this. The real agenda behind identity politics is the overthrow of capitalism, and the establishment of a socialist police state à la Castro, Maduro, or Ortega. Racism is the excuse and the vehicle, but capitalism is the target. The latter doesn’t suit a lot of people, tenured academics who think they know better than the rest of us, spoiled youth that needs to feel emotionally and psychologically safe, politicians who want jobs for life like those in the socialist paradises I mentioned above, and media people who feel unappreciated by the moneymen who own the networks and newspapers they work for. It is—and has been since the Vietnam War—also very chic and “in” to be a socialist, hence the 99.9 percent adherence to socialism by celebrities.

A sense of not being listened to must be frustrating, I admit, but in order to be listened to an individual needs to have something worthwhile to say. In a free society, that is. Not being listened to was CNN’s excuse for the looting and the burning. Not being listened to, however, is a very old complaint; the ’60s black revolutionists banged on about it, and here I’ll be as brief as possible. Back in 1970, Bill Buckley dispatched me to Algeria to interview Eldridge Cleaver and other Black Panthers who had fled there to escape prison back home. Once in that socialist paradise, they had discovered socialism was not what they had envisioned back in Los Angeles. President Boumédiene kept them under wraps in Algiers, without booze or women. I found both Cleaver and “Field Marshal” Donald Cox downhearted, broke, and miserable. “Man, what I wouldn’t give for a hamburger,” was the mantra. Both returned to prison in the U.S. voluntarily, preferring jail to a socialist paradise. It was a cover story in NR.

So, be careful of answered prayers, says Taki. All you phonies burning and looting in the name of a fairer society, you’re living in the fairest of them all. No matter. BLM UK describes its aims as: “to dismantle imperialism, capitalism, white supremacy, patriarchy and the state structures.” And to replace them with what, may I ask? Yet slowly but surely what seemed like outrageous opinions, ideas, and demands years ago are now taken seriously by large corporations, universities, the BBC, the media, even Main Street. Growing legions of diversity officers have totally infiltrated British life and institutions. Some of today’s demands by the left make Orwell seem unimaginative.

What is to be done? I wish I knew. British institutions are hopelessly tied up by 1998 human rights laws that make it almost impossible to convict a criminal or deport an illegal alien because of so many guaranteed rights for the accused. America has worse troubles of her own. What rabble-rousers like Hawk Newsome are advocating sounds very much like separatism and re-segregation. The color-blind society advocated by MLK is considered old hat. “Authentic” ways of being black means no policeman can be both black and a cop. Yet large American cities have police forces that are majority black. The media has made heroes of the mob and, along with the academe and many politicians, has inverted the American dream. It’s black supremacy now, otherwise it’s burn, baby, burn. Some dream.