Be Your Own Advert 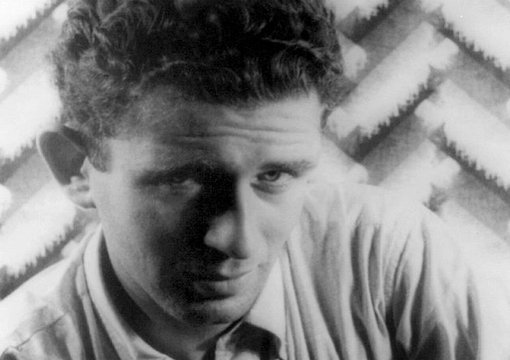 To mark the centenary of the birth of Norman Mailer—which I shall not be celebrating wildly—a publisher decided to reissue a volume of his essays. An employee of the publisher’s objected to the inclusion of the essay “The White Negro,” and the publisher decided not to include it. Not publish and be damned, but better safe than sorry, seems to be the guiding principle of most publishers these days.

“The White Negro” appeared in a volume titled Advertisements for Myself, as succinct a summary of Mailer’s career as could very well be found and a founding document of what might be called the philosophy of me-ism. Advertisements for myself indeed! I shall return to this in a moment.

The essay itself was both stupid and vicious, and if I were an educated black person I would have found it, and would find it still, deeply offensive. It is not the use of the word Negro to which I should object—for in those far-off days (1959), the word certainly did not have any automatically derogatory connotation—but rather what Mailer actually wrote.

“You must blow your own trumpet, if possible louder than anyone else’s.”

In essence, he claimed that Negroes were children of nature, free of the constraints of civilization, impulsive or instinctive followers of their hormonal storms, not given to overintellectualization, like the lilies of the field sparing no thought for the morrow, not planning ahead but always living in the moment. Except that Mailer gave a plus sign to all these characteristics rather than a minus one, much of the essay could have been written by the most ardent Southern segregationist. We are not very far in it intellectually from drapetomania, that peculiar psychiatric illness of Southern slaves consisting of the repeated and insistent urge to run away.

Should the essay be republished? If it were a question of its literary and intellectual value only, I should say no. On the other hand, it is part of the historical and intellectual record of its time, and the tendency to excise from the record whatever offends our present sensibilities has already gone far enough and should be resisted. Anyone interested in Mailer, either as a writer or (more important) as a cultural phenomenon, should have the essay readily available.

Mailer’s real work of art, to which he devoted a great deal of his energy, was his life. It was his permanent advertisement for himself. He played the poète maudit, the artist so tormented by his genius that he could not conform his life to normally decent behavior.

Of course, it is much easier to achieve the maudit aspect of the poète maudit than the poète aspect; moreover, many are apt to make the logical mistake that if poètes are maudits, then maudits must be poètes. Mailer’s symptoms of his tormented genius—drunkenness, brawling, stabbing his wife with a knife—were actually banal and even boring to anyone even slightly acquainted with the annals of crime.

Another person of the same type was Dylan Thomas—with this important difference, that he really was a poetic genius. He, too, played the poète maudit, and the role killed him in the end; when one plays a part for long enough, the role is what one becomes. But in the case of Thomas, the poet was real: The single phrase the heron-priested shore is sufficient to demonstrate this. The shore in question was that of the peaceful estuary in Wales that his house overlooked, on which herons often stand motionless as they wait for fish. Indeed, they look like clergymen standing contemplatively before their congregations, but never in a hundred years would I have thought of the phrase, which so exactly and beautifully captures the scene.

Mailer’s turbulence was an advertisement for himself: A stabbed wife, etc., sells books and gets you talked about in the way a happy marriage never could. But in an inchoate way, Mailer was a prophet; never has it been so necessary, at least if one wants to get on, to advertise oneself. Self-promotion is not new, but never before has it been what theology was in the Middle Ages, the queen of the sciences.

A friend of mine, an Indian pediatrician, applied for temporary jobs in England and was considered for none of them. My friend was puzzled by this, for he had worked in England before and had good references. My wife, who knew the system from having worked in it at a senior level, asked to see his curriculum vitae that he sent to prospective employees, and soon spotted the problem: He boasted of nothing, and the culture had changed. What was necessary, my wife said, was to inflate his accomplishments as boastfully as possible. There was no risk that anyone would discover his exaggerations. He had once worked as a voluntary pediatric consultant to Mother Teresa’s charity in Calcutta; he had not even mentioned it in his CV, let alone made it sound as if he were all but the founder of her charity. If he once had helped an old lady across the road with her shopping, he should transmute this in his CV into a lifelong concern for the condition of the elderly; and so on and so forth.

It was all rather disgusting, but it worked like a charm: He immediately had offers of jobs aplenty, though of course his real worth as a doctor remained precisely the same. Reticence, which is to me a far more attractive quality than boastfulness, will get you nowhere, and nothing must be left to speak for itself. You must blow your own trumpet, if possible louder than anyone else’s.

Nowadays there are professional coaches in how to “big yourself up,” as the charming phrase has it, in applications for jobs or places in institutions. The son of a friend of mine used one to get into medical school. Lying will go undetected, but even if detected will do you no lasting harm. The most minor accomplishment can and should be made to sound like evidence of genius. It is almost a condition of employment that one should boast and write an advertisement for oneself. We are all Norman Mailers now, advertisers for ourselves.