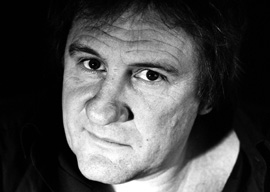 I admire the great French actor GÃ©rard Depardieu. Not only does he annoy the French left, he has now left France. In so doing, he has given me a great idea: to transform myself into a fiscal ghost.

My aim in 2013 is to vanish into thin air fiscally. It may turn out to be illegal, but it definitely will not be immoral. There is only so much tax a man can take. And no law, not even one supported by the majority, is necessarily just.

Depardieu has just moved from France to neighboring Belgium in part to avoid the consequences of the new French socialist government’s decision to impose a 75% tax rate on anyone earning more than one million euro a year.

It is the same counterproductive, growth-destructive story everywhere in the Eurozone: tax increases and new taxes not just for the rich like Depardieu who can move, but for the middle class who cannot. All for what? To keep alive the insatiable beast known as the state, which will kill us unless we kill it.

“There is only so much tax a man can take. And no law, not even one supported by the majority, is necessarily just.”

Here in Italy, the sales tax on nearly every transaction is 20%, and the total tax rate on commercial profits is 68.3%, compared to 30.2% in neighboring Switzerland. (It’s 46.7% in America.)

That an actor such as Depardieu, whose personality both on- and offscreen personifies La France Profonde, should quit the country is a heavy propaganda blow to the French left and President Francois Hollande. Film people, as America sadly knows, tend to love the left.

But when France’s socialist Prime Minister Jean-Marc Ayrault nonchalantly dismissed Depardieu’s decision as “minable“ (pathetic), it made things worse”for the French left”because last Sunday Depardieu hit back in spades with a letter published in Le Journal du Dimanche. Addressed to the premier, few honest people anywhere could disagree with it:

I am leaving because you consider that success, creativity, talent, and in fact, just being different, must be punished.

Quel homme! What a fabulously succinct definition and critique of socialism! It even comes complete with its own inbuilt flipside, namely: Socialism only rewards unsuccessful, uncreative, untalented sheep. And he added for good measure: “I am handing in my passport.” So he intends not only to leave France but also to renounce his French citizenship. Zut alors!

Depardieu, 63, wrote that he has paid 145 million euro ($189 million) in taxes since he began work at age 15 without a single qualification to his name and that he has never claimed welfare money from the state:

We do not anymore share the same country, I am a true European, a citizen of the world….Who are you to judge me, indeed I ask you monsieur Ayrault, prime minister of monsieur Hollande, I ask you, who are you?