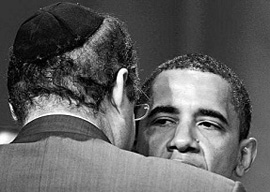 The only good thing which could result from Bibi Netanyahu’s May 24 speech to a joint session of the US Congress is that it may open people’s eyes after a very long nap. If so, it will have served a useful purpose and could be a turning point. A lot of intelligent Americans and Europeans are in denial. They have generally viewed criticism of Israel from any quarter with suspicion and skepticism. If one brings up the larger topic of Zionism’s shadowy history and adverse consequences, they become even more suspicious.

But the Likud kingpin’s magnificent con job—and the unseemly performance of a servile Congress in embracing it—should give every true-blue American who has not been brainwashed a wake-up call. What exactly is going on here, and why? Has Washington’s leadership abdicated its responsibilities to the American people and humanity? Has it simply offshored American foreign policy to Tel Aviv? Such appears to be the case, and it is downright embarrassing.

This is a huge topic which has been examined over the years by one expert after another far more qualified than me. Despite warnings and exposés, the momentum has all been in the wrong direction. The appallingly sycophantic cheering in Congress confirms the worst. There can be no excuse for such grotesquery. Don’t Congressmen and Senators have any self-respect? Do they have any brains? Do they know the conflict’s true history? Do they care one way or the other? Can they really be that ignorant?

“AIPAC remains an unregistered agent of a foreign government.”

It has become increasingly apparent that the White House and Capitol Hill are not dealing with a foreign-policy issue when it comes to the Middle East. They see it differently and by necessity have done so for decades. When it comes to the so-called “Middle East peace process” and Israel, we are dealing with the quest for election, reelection, and career advancement. Nothing more. That is the reason for May 24th’s bipartisan Capitol Hill pander-fest.

Please note that it was the Speaker of the House, Ohio Republican John A. Boehner, who invited Bibi to speak before Congress in joint session. Republicans cannot afford to be left behind. Indeed, the Israel Lobby is the shorthand explanation for the foreign misadventures of the crackbrained “neoconservative” G. W. Bush Administration, a k a the Cheney Regency. Washington politicians seem motivated almost entirely by the chance to get elected and reelected, regardless of what is in Uncle Sam’s legitimate interests.

The surefire ticket to success in Washington is to be in the good graces of the Israel Lobby in all its multilayered manifestations, especially when it comes to campaign contributions and good press. The mutually beneficial relationship is part racketeering and part quid pro quo. What passes for American foreign policy in the Middle East is now little more than a business calculation. Congressmen are not in the main ignoramuses, first-blush appearances notwithstanding. But they are opportunists: some shameless, many merely unthinking. In any event, they are in the bag.