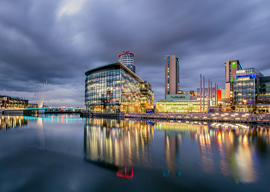 If Taki’s readers know about Maclean’s magazine at all, it’s because Pat Buchanan alerted them to a trial under way in Canada in 2008 to determine whether or not Canada’s oldest weekly, and its star columnist Mark Steyn, were guilty of anti-Muslim “hate speech.”

I won”t rehash the details here because I literally can”t. I covered the story daily for five years, and even wrote a book about it, and am now incapable of talking or writing about the subject except in my nightmares, where, occasionally, I find myself delivering an impatient, high-volume lecture about the case to faceless dolts. (The shortest version of the verdict? “We” won”but not really.)

When these lawsuits were launched against Maclean’s, not a few people (and not just Canadians) subscribed out of solidarity. But the editor in chief who stood up to those Muslim belligerents, and the columnist whose (eerily accurate) essay set them off, are no longer with the magazine. Instead of brazenly defying Islamic supremacy, Maclean’s now puts convicted, unrepentant domestic terrorists on its covers, People-magazine-style.

“Our existing media landscape is incestuous, insular, and ignorant enough as it is.”

I continue to subscribe. Blame inertia, but their humorist Scott Feschuk does crack me up, if only because he writes in that formulaic “Dave Barry” voice that makes almost anything funny:

You may think the car is full, but it’s not. It’s not even close to being full. Can you hear your children complain about how full the car is? Then there’s still room in front of their mouths.

In a huff over something or other, I”ve come close to unsubscribing any number of times, but now the decision’s been made for me. As of Jan. 1, Maclean’s is going from weekly to monthly, as are a bunch of other magazines that are as close as Canadian publishing gets to being “institutions.” I predict the 100-plus-year-old periodical won”t survive another two years.

Meanwhile, the country’s biggest daily keeps slashing jobs. Other papers (and radio and TV stations) are doing the same. All except the CBC, of course. The state broadcaster survives (and thrives”half of Canada’s journalists now work for “The Corpse”) because it gets over a billion dollars from the government each year”money stolen, in part, from its private-sector, taxpaying media rivals. Cute setup, no?

(Americans can imagine, if they dare, that NPR was their nation’s largest media employer, and subsidized by FOX and CNN. Explains a lot about Canada, eh?)

So guess what the remaining non-CBCers are freaking out about: the BBC!

Whereas all I could think of when I heard about the Beeb’s new three-person Toronto crew was “So which one’s the pervert? And besides, we already have our own!”

Of course, we also already have our own, you know, news coverage, too, but the top brass at Broadcasting House must have read that study showing that”despite the CBC’s billion-plus bucks a year, and all the subsidies the rest of our media suck up”lots of Canadians still prefer to get their news from foreign outlets, the BBC in particular.

I presume some of the appeal is sheer Anglophilia, a disease to which I”m not immune. But there’s also the related syndrome of liberal snobbery, which I”m less susceptible to. Not long after 9/11, it became fashionable for Torontonians to declare that they”d switched to BBC World to escape “all the American bullshit” supposedly blaring from, er, CNN.

The thing is, I grew up watching loads of BBC (and Thames, and ITV) productions, courtesy of Buffalo’s PBS channel, as well as those Canadian stations that were forced (because our homegrown shows sucked) to flesh out their schedules with fare from Mother England.

Those Americans who associate the BBC exclusively with Masterpiece Theatre and Fawlty Towers must have lived far enough south to have escaped Are You Being Served? and Some Mothers Do “Ave “Em.